How to do smoky bokeh

How is this effect achieved? 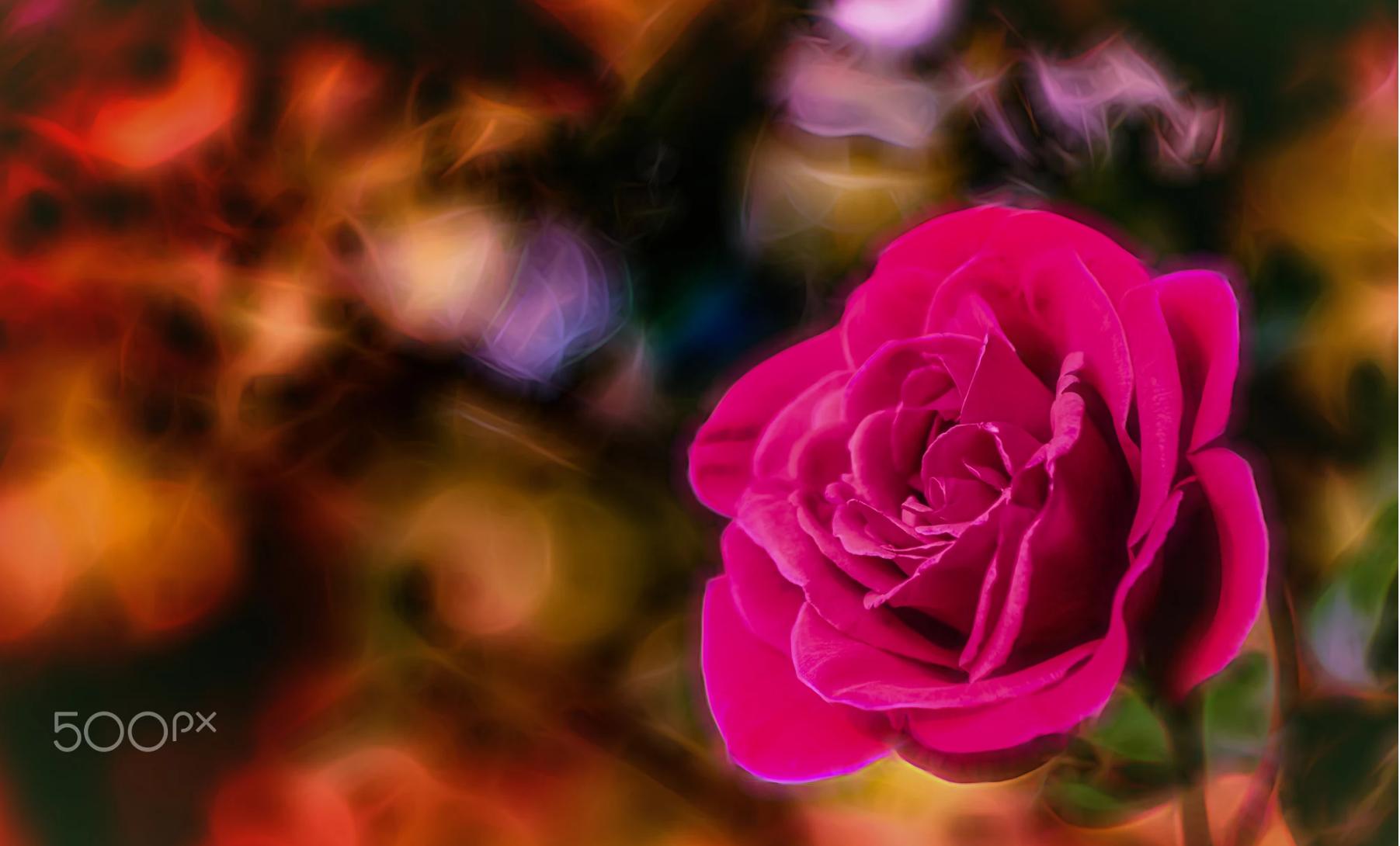 The non uniformity of the bokeh leads me to believe that the background has been Photoshopped. Exactly how it was done is anyone's guess - but the sharp lines through the bokeh may indicate a liquify or similar brush that "grabs" the colors and drags them. I do think a bit of manual brush work was done, in addition to some filters.

However, do be aware that some lenses, like lomography's Petzval lens, come with interchangeable plates that change the shape of the bokeh (ovals, star, etc). It's also possible to mess with the bokeh shape by cutting a hole in a piece of paper and placing it directly up against the front element of your lens.

I stand corrected. @void_ptr has pointed out that the Fractalius plug-in does exactly this effect.

Given this new info - the creator most likely applied the plug-in to a duplicate layer of the image and then masked the original flower back into the now Fractalius-ed background.

Not the answer you're looking for? Browse other questions tagged bokeh shaped-bokeh or ask your own question.

2
What is this soft curved brushstroke-like effect?

6
What size hole do I use to make differently shaped bokeh?
8
How is Bokeh created?
6
How do I avoid vignetting when shooting through a cut-out for shaped bokeh?
5
Why am I getting a “frame” in my picture when I made my own shaped bokeh?
29
How do you achieve sharp bokeh circles?
14
How does an apodization filter improve bokeh?
19
What swirly bokeh technique is this and how can I achieve it?
3
Can I use a shaped bokeh filter with a mobile phone camera?
8
Besides mirror lenses, what can cause ring-shaped bokeh?