Why does saturation drop in the shadow areas? 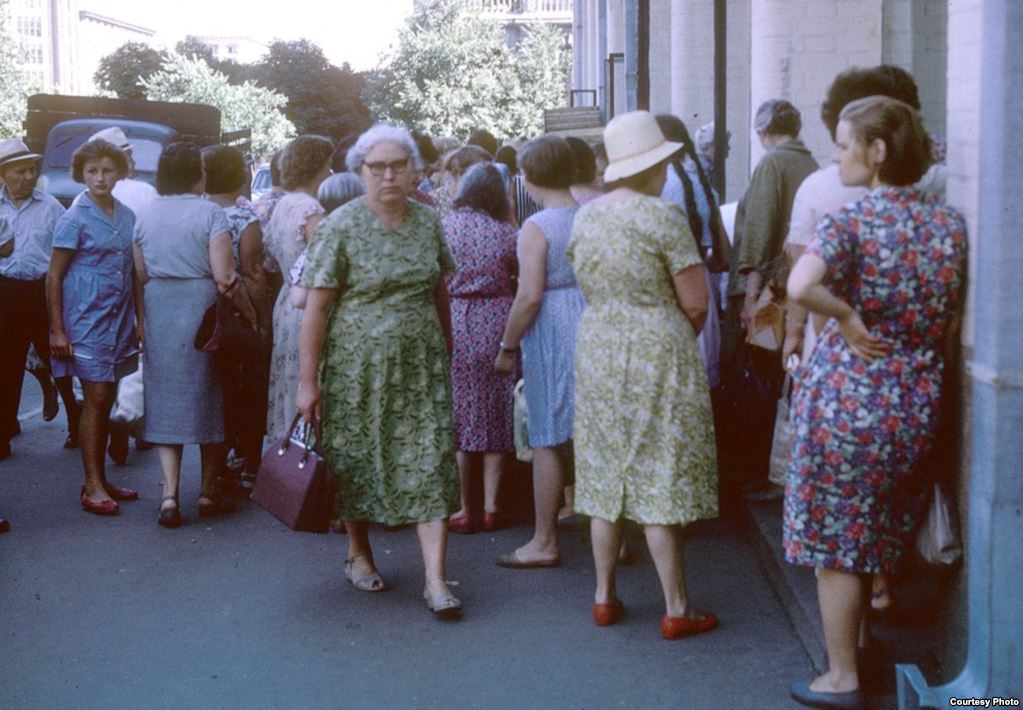 My question is the following: Why does the saturation drops in the shadow areas? Has it something to do with the blue-ish sky light reflecting from the ground? Is it about the processing of the photographic film? Im more a painterly/3d guy but I am trying to understand how certain lighting situations are created in order to use them later in my own projects.

color light developing
Share
Improve this question
edited May 10 '18 at 4:27

You are examining color photographs that were made using a film camera. Consider that the typical sunlit vista has a scale (brightness range) of about 2000:1 or more. First, think about this, we can measures with a light meter the intensity of light being reflected by objects in a vista. Likely black automobile tires in shadow measure 10 Lux, whereas gleaming chrome measures 20,000 Lux.

Now we image this vista with a film camera. We properly expose and the film is properly developed and optimal prints were made. Also, you need to know that the unit of exposure used in photography is the f-stop. Each f-stop unit is symbolized as a 2X change. In that era and today, the typical range of light levels a film can record is about 10 f-stops. In other words, film typically can record a vista and the resulting film has a scale of 2x2x2x2x2x2x2x2x2x2=1024 (1024:1). Keep in mind, if we could make a faithful image of a sunlit vista, you would need to don sunglasses to comfortably to view this film

In that era (1960’s), it’s a sure bet, these films were made into prints on paper. Photo prints on paper are viewed by reflected light. We examine prints by means of a light playing on the print. This light transverses the dye, hits a white under surface, and returns by again transiting the dye. In other words, we view a print by seeing via two transits through the structure of the image. This takes a toll, and the best scale we can achieve is about 1:64 (6 f-stops).

Now the numbers are quoting are best case. The reality is, these images are less than perfect as to exposure and printing. Plus, if the prints are not on glossy paper, their scale drops dramatically. Now consider, the presentation you are viewing was likely made by scanning and digitizing prints, the film with its longer scale was likely long gone. You wanted to know why the shadow detail is lost. The images you are examining was made by imagining color prints that have faded because in that era we did not know how to make archival dyes.

The yellow dye, the one that should offsets the bluish cast had degraded the most.

Shadow areas always appear blue due to skylight being the only source of illumination.

Notice that the sun-lit background appears balanced although overexposed relative to the foreground. That's because daylight is a combination of skylight and sunlight. The film was most probably daylight balanced film exposed in open shadow.

Otherwise, the ambient lighting is diffuse.

There also has been some fading and some shift in colour that might be explained by reproduction errors due to photomechanical separation filters mismatched to the film's colour image dye set.

Not the answer you're looking for? Browse other questions tagged color light developing or ask your own question.

2
How does the spectral sensitivity of different sensors affect the resulting photo?
1
Why does feathering the light gives softer light?
2
Does the right calibration temperature for my monitor depend on season?
10
How to avoid shadows on the background when photographing with flash in darker areas?
16
Why does the flash freeze a picture?
1
Why are saturation and color very different when I open my JPEG photos in different programs?
1
Why does the Y component in YCbCr represent luma/intensity?
7
Why does the NEOWISE comet appear green on my photos?
1
Does light hardness affect color saturation?