How is this sort-of duotone achieved?

I can't imagine how one would achieve these colours? It looks like there's only red and gray in the image. Any idea's? 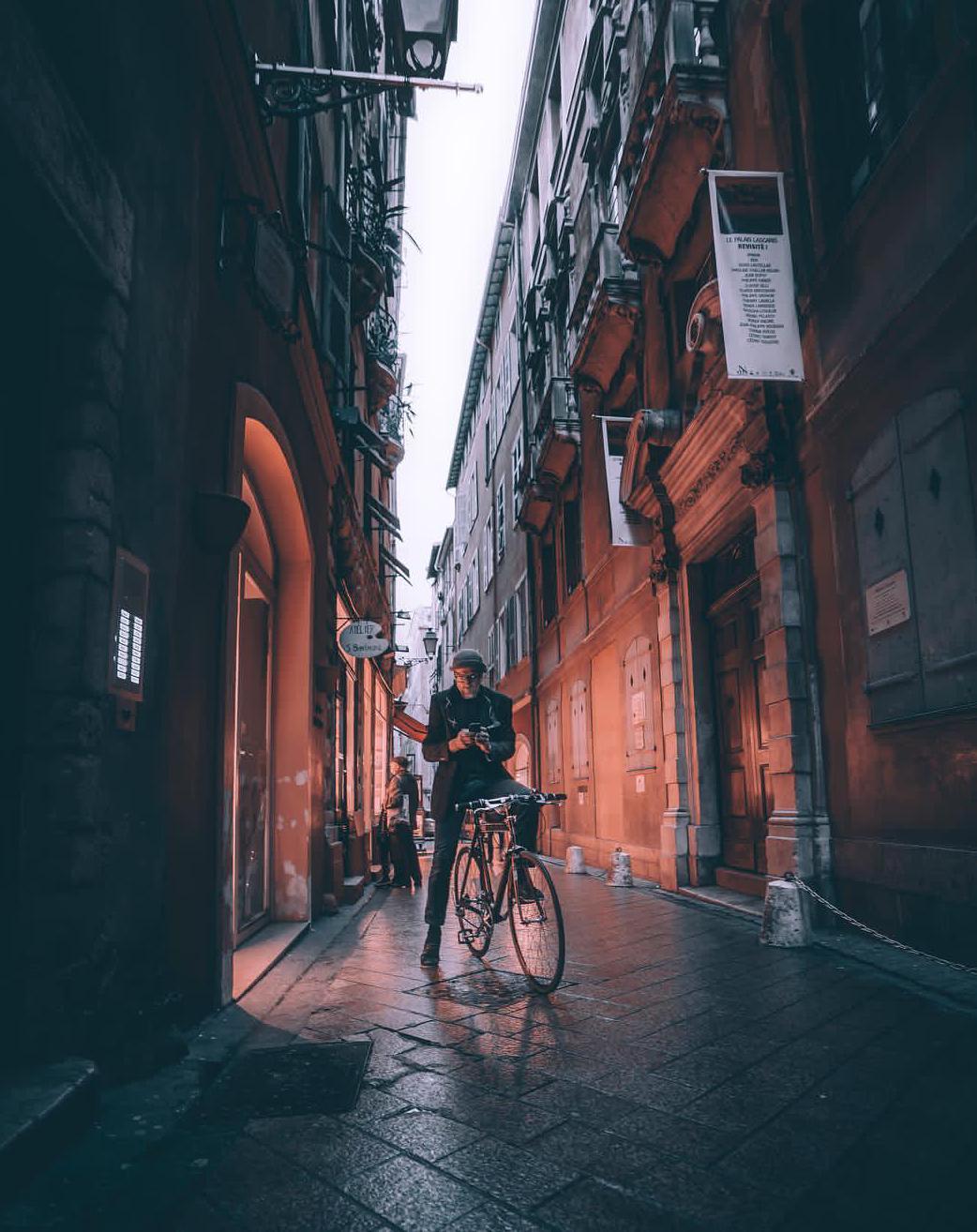 I can't imagine how one would achieve these colours?

There are two light sources, each with its own color. There's the very flat, cool, white light from the overcast, early morning or late afternoon sky. And then there's the very warm orange light coming from the doorway and windows. The color of that light is probably exaggerated by setting the white balance so that the blue-ish sky light look white, which makes warm (tungsten?) light seem even more orange.

Whatever the details, the key here is that there are two different colored light sources. You can get a similar two-toned effect with a pair of flashes gelled to different colors.

It's likely that the image has had its color saturation selectively adjusted, with red hues emphasized and other colors desaturated.

To achieve a similar effect, you'll first need to start with an image that has a variety of different colors present — color adjustment alone cannot create differences in hue where none exist in the original. As Caleb notes, a good starting point is a scene illuminated by multiple light sources with different colors, like diffuse light from a blue sky and the warm yellow-red glow of candle flame or an incandescent light bulb.

That said, other sources of color variation can work, too. For example, here's a shot of a colorful winter sunset in Helsinki that I grabbed with my cell phone last year: 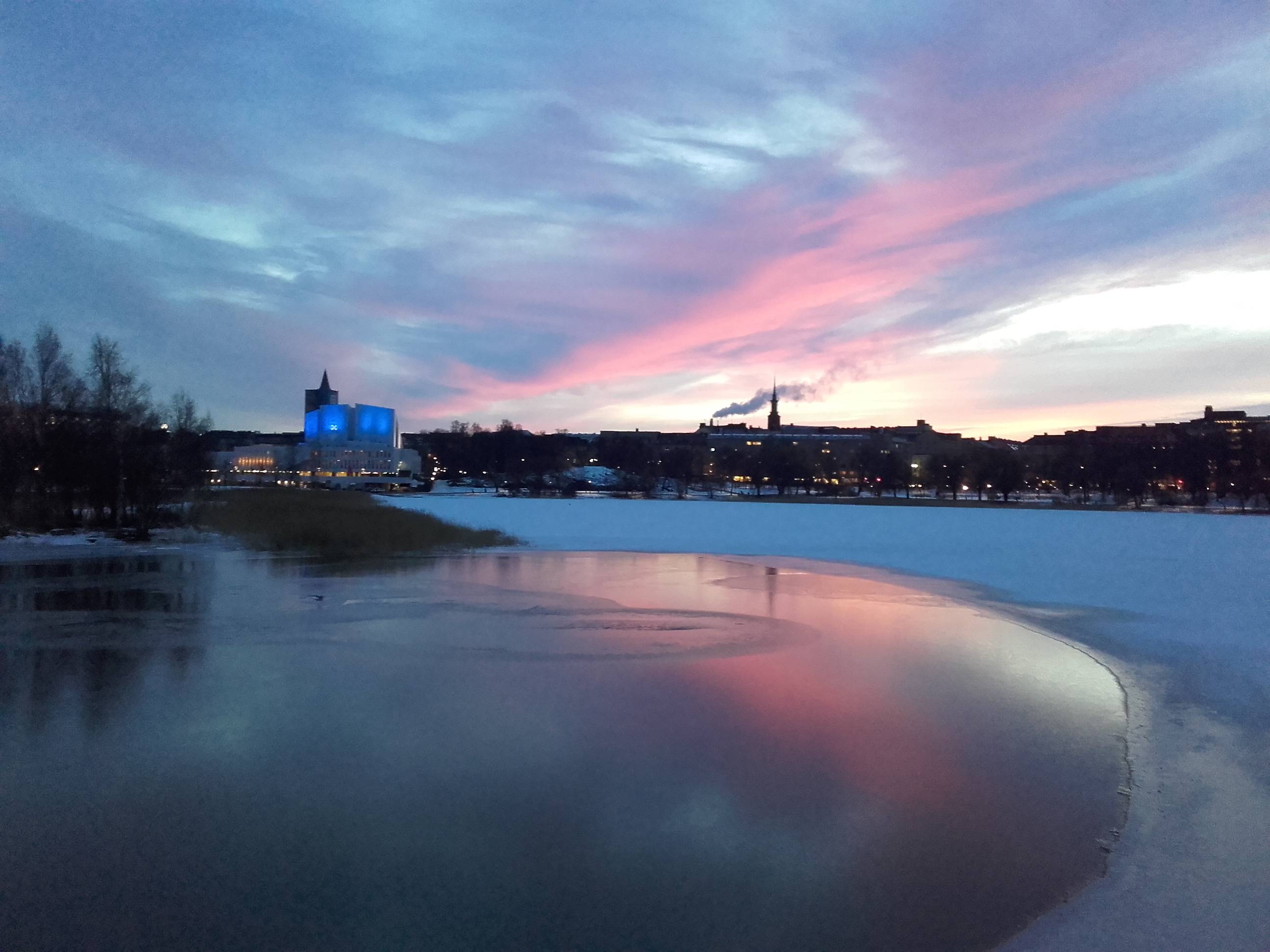 Let's say I wanted to make the sky gray and to emphasize the red glow of the sunlit clouds. One way to do that would be to selectively desaturate the blue and green parts of the photo, while maybe even increasing the saturation of the reds (and leaving the saturation of yellows and purples at intermediate values). 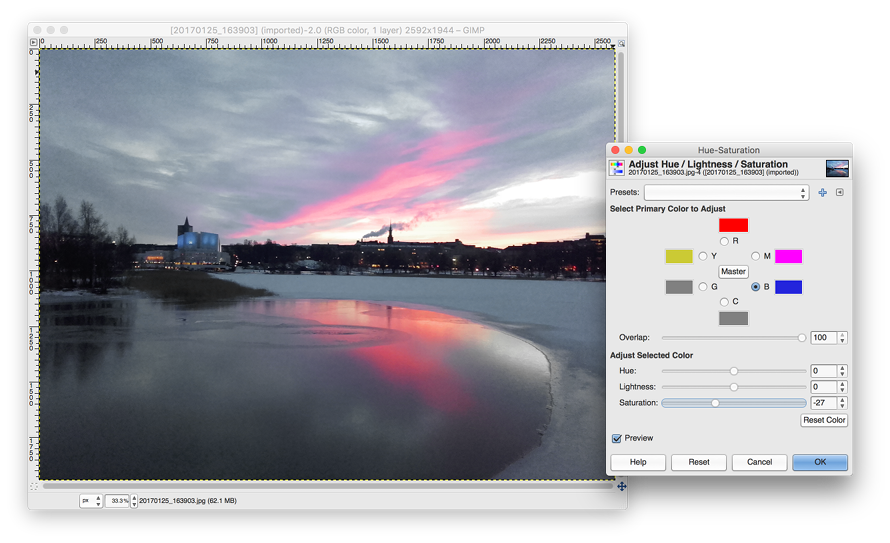 Admittedly, the preview in the screenshot above looks a bit crude and garish, since the saturation adjustment tool in GIMP really doesn't offer much fine control. Other image editing programs may have better built-in tools for this purpose, but it's also possible to achieve finer control using manual layer masking to blend the original image with a desaturated version of it. For example, here's the result of a few minutes of playing with the example photo above: 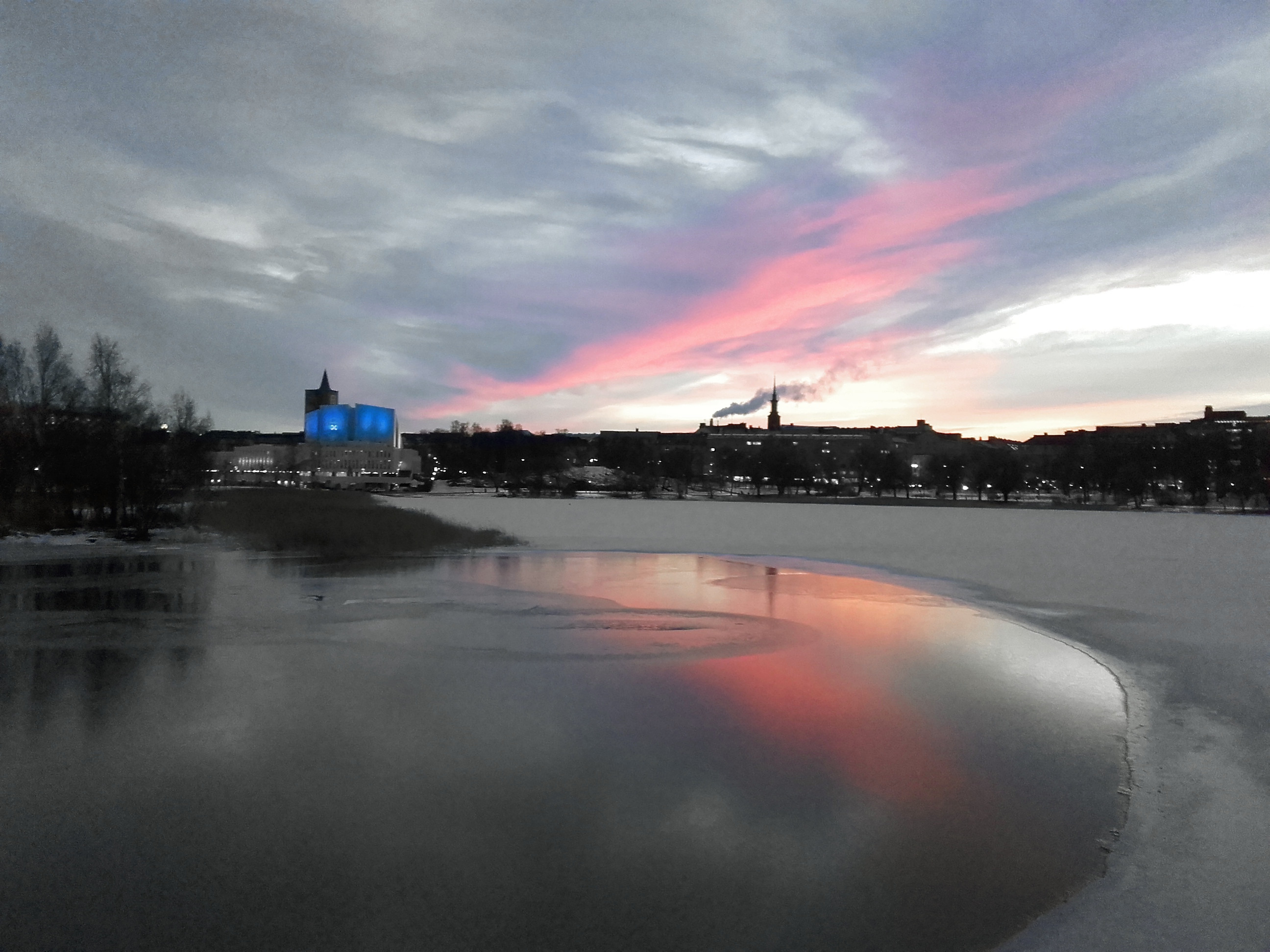 In particular, note how I manually edited the layer mask to desaturate the city lights in the background, while leaving the blue highlights on the building visible. That's not something one can easily do using just automatic color adjustment tools. 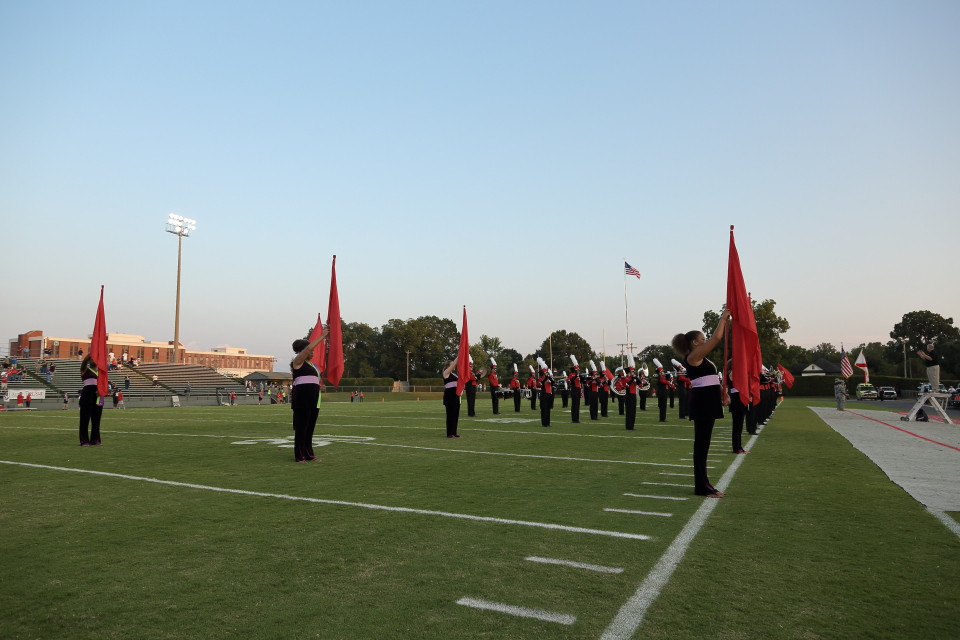 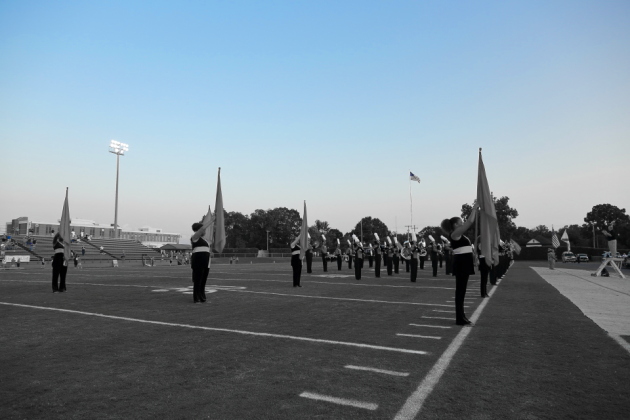 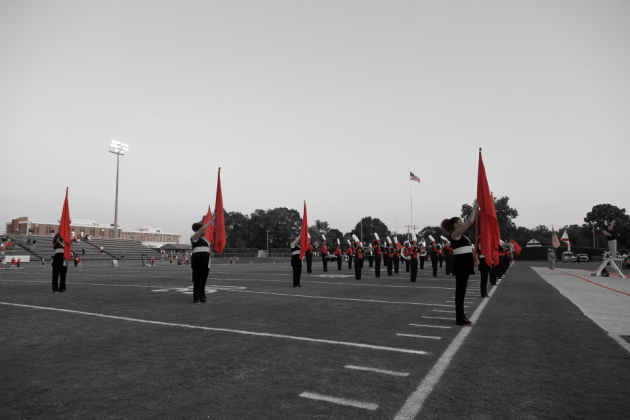 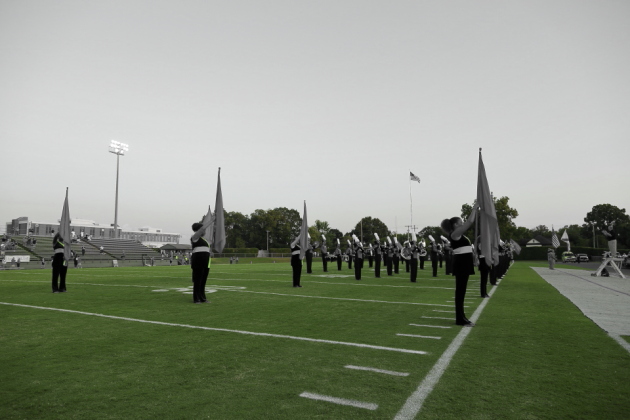 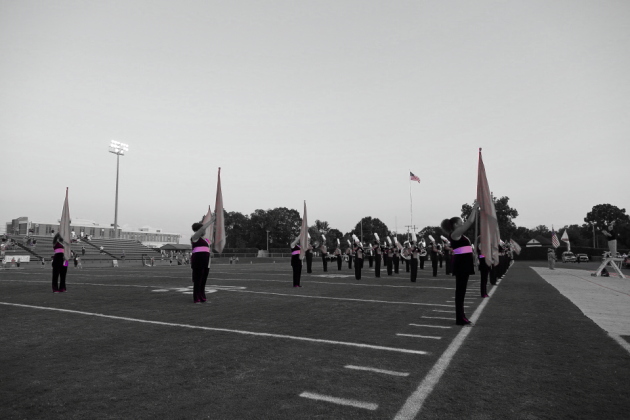 Not the answer you're looking for? Browse other questions tagged color color-management or ask your own question.

0
How can I desaturate reds in post-processing using Rawtherapee (or Gimp)?

6
What sort of color correction and effects are used in this photo?
6
How can I evaluate the colour accuracy of my photos?
2
How is this lighting and colouring effect achieved?
3
How do I quantify the quality of a scan relative to the original?
2
How to decide the colour combinations while setting up still life objects?
20
How do I shoot birds against the sky to be faithful to their colour?
3
How are the turquoise / blue sea and warm sand tones achieved in this photograph?
0
Is this color-correction explanation of images from a lunar lander gobbledegook?
1
How to achieve this light faded, desaturated look?
3
Is cyan brighter than red?