Does the autofocus work only if we touched an AF point on the camera's touchscreen? 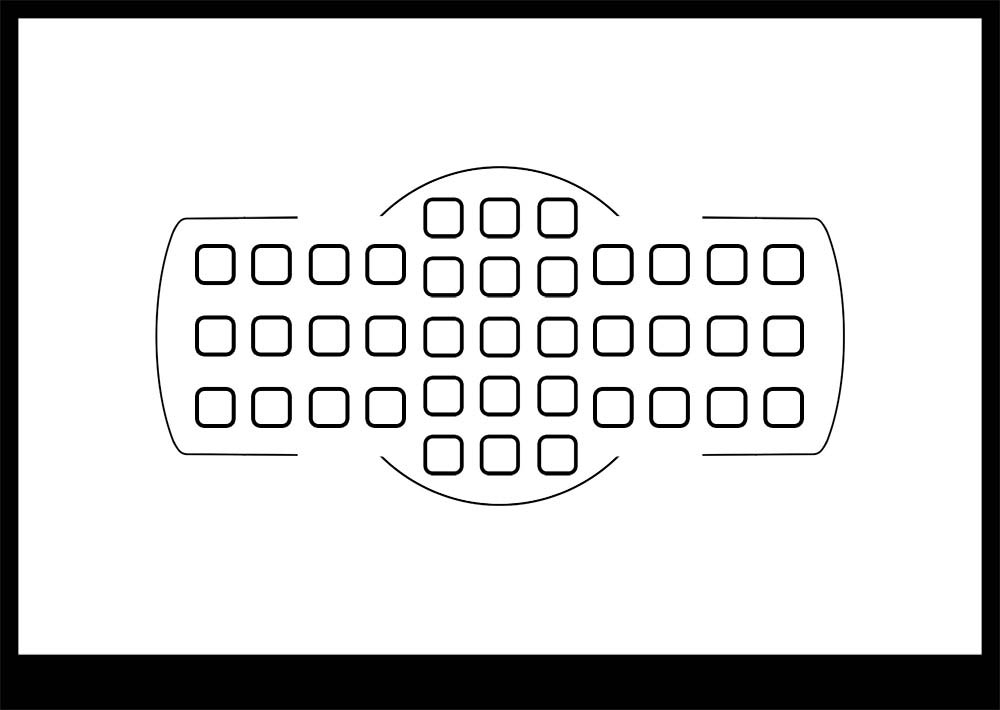 As in here, if we touched the area outside that is covered by squares, nothing would happen or what?

Your question appears to show the PDAF (Phase Detection Auto Focus) array for the Nikon D7000 (or the D5200 that later used the same AF system previously used by the D7000). This system is only used when shooting through the viewfinder. When using Live View the primary mirror with a semi-silvered middle and the secondary mirror behind it that reflects light from the lens to the PDAF array are up and there is no light being directed from the lens to the PDAF array located in the floor of the camera's light box.

In Live view your camera uses CDAF (Contrast Detection Auto Focus) based on sampling the contrast in areas of the main imaging sensor. The pattern used for CDAF on the main sensor is not the same as the pattern used by the PDAF array. They are two totally different systems. One is used when the mirror is down, the other is used when the mirror is up and Live View is activated. For most cameras with Live View, the areas that can be used to focus via CDAF in LV are much larger than the area covered by the PDAF system. Most such cameras can use 80% or more of the total imaging area for CDAF.

Neither the D7000 nor the D5200 have touchscreens. To change the point of focus in live view ione must use the control buttons to steer the indicating square on the LCD display.

If you are using a different camera that does, indeed, have a touch screen:

If you touch the screen close enough to an area that has a designated AF area in CDAF Live View Mode, the camera will use that area to focus the camera. If you touch an area of the screen that does not have the capability to be used as an AF area, what happens will depend on exactly which camera you are using.

Not the answer you're looking for? Browse other questions tagged autofocus focus-point-selection or ask your own question.