I'm a noobie around here so I hope I don't annoy too many of you with this question.

At the moment I have a Canon EOS 80D and the Canon EF-S 18-135mm f/3.5-5.6 IS USM Lens. I mostly use the camera for travel and street photography so I thought I should probably get a better zoom lens that would also allow me to move to a full frame in the future. So I decided that I'll go for a 24-70mm f2.8. (I know, perhaps not the best focal length on a cropped sensor for what I want) Between Canon, Sigma and Tamron people seem to praise Canon a lot so I decided to ake a big investment in the Canon EF 24-70mm f/2.8L II USM.

I've only had it for a short time, so I can't say I've tested it comprehensively, but I must say that so far I'm not impressed. Given that people (our of which many are professional photographers) are so happy with the lens, that must only mean I'm doing something wrong.

Later edit: Here are some samples (in Canon RAW). 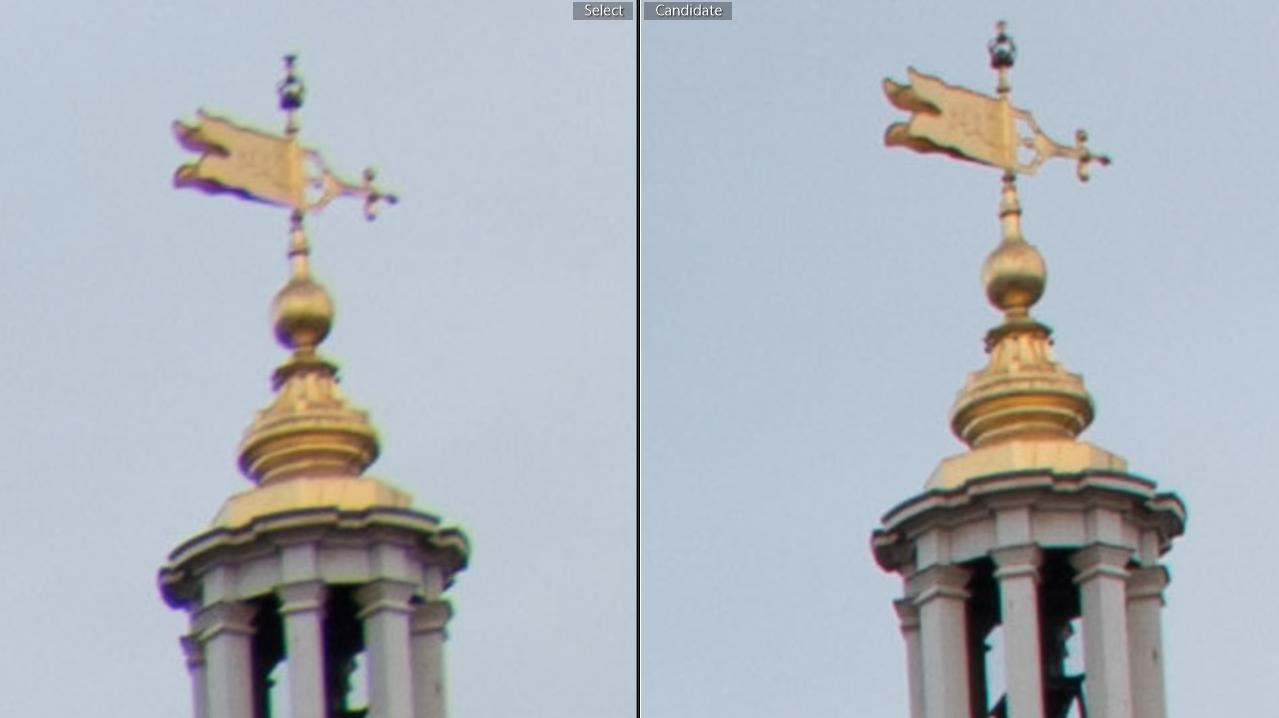 This is a crop from the f/5.6 sample at 200% zoom. Yes, there is some chromatic aberration and more distortion and maybe not as sharp image quality but is this the difference I should expected between a very expensive pro lens (right) vs a kit lens (left)?

The difference in technical quality between the two sample images is striking! Particularly the difference with regard to chromatic aberration. How much of the rest of it is attributable to the different lenses, however, is debatable. If you were shooting handheld, the differences in "sharpness" could be due to more camera motion in one shot than the other.

The problem is that too many new photographers think that buying a new lens with measurably better technical performance will also improve their compositional and lighting skills. It won't. At all.

It just means they'll get sharper images with less chromatic aberration of the same poorly composed, badly lit, boring photos they were taking before. If they are shooting handheld using less than stellar technique, the non-stabilized EF 24-70mm f/2.8 L II could actually give them blurrier photos than the EF-S 18-135mm f/3.5-5.6 IS.

A better lens will usually give better acutance and less aberrations. But a better lens won't somehow magically cause the light to be transformed or the colors to balance themselves better and "pop" off the screen/page. That's the job of the photographer, not the lens.

Mounting a full-frame lens on an APS-C body probably won't yield you the results that you were expecting.

Have a quick look between the lens on a 70D vs same lens on a 5D Mark IV and there's a difference in sharpness. Both cameras side-by side on the same charts.

Don't feel that I'm telling you to upgrade the body. Because I'm not.

How did you get your hands on the 24-70? Did you rent it? or did you buy it? If you rented it, maybe try something a lot more suited to your camera. If you bought it, and you're thinking of selling it, you could end up taking a loss, so think carefully about that.

If you're set on switching out the lens, factor in the weight and bulk. You say you'd like to do street and travel photography. I'd imagine lugging that 800g of a lens gets old rather quickly. A 35mm prime or 50mm prime would get you similar results for lighter weight, and probably cheaper.

Image quality isn't everything - I've got plenty of photos that are technically good but rather soulless sitting on my hard drive.

I'd probably just go out there and shoot more. If there's a way for you to recoup without taking massive losses, then sure. Otherwise, It's a lens. Use it :)