Help, Green fog on my photos?

I've just started using film cameras, so sorry for any terminology errors. I picked up an Olympus OM-1 from a flea market and it works great, but every now and then my pictures come out looking like this: 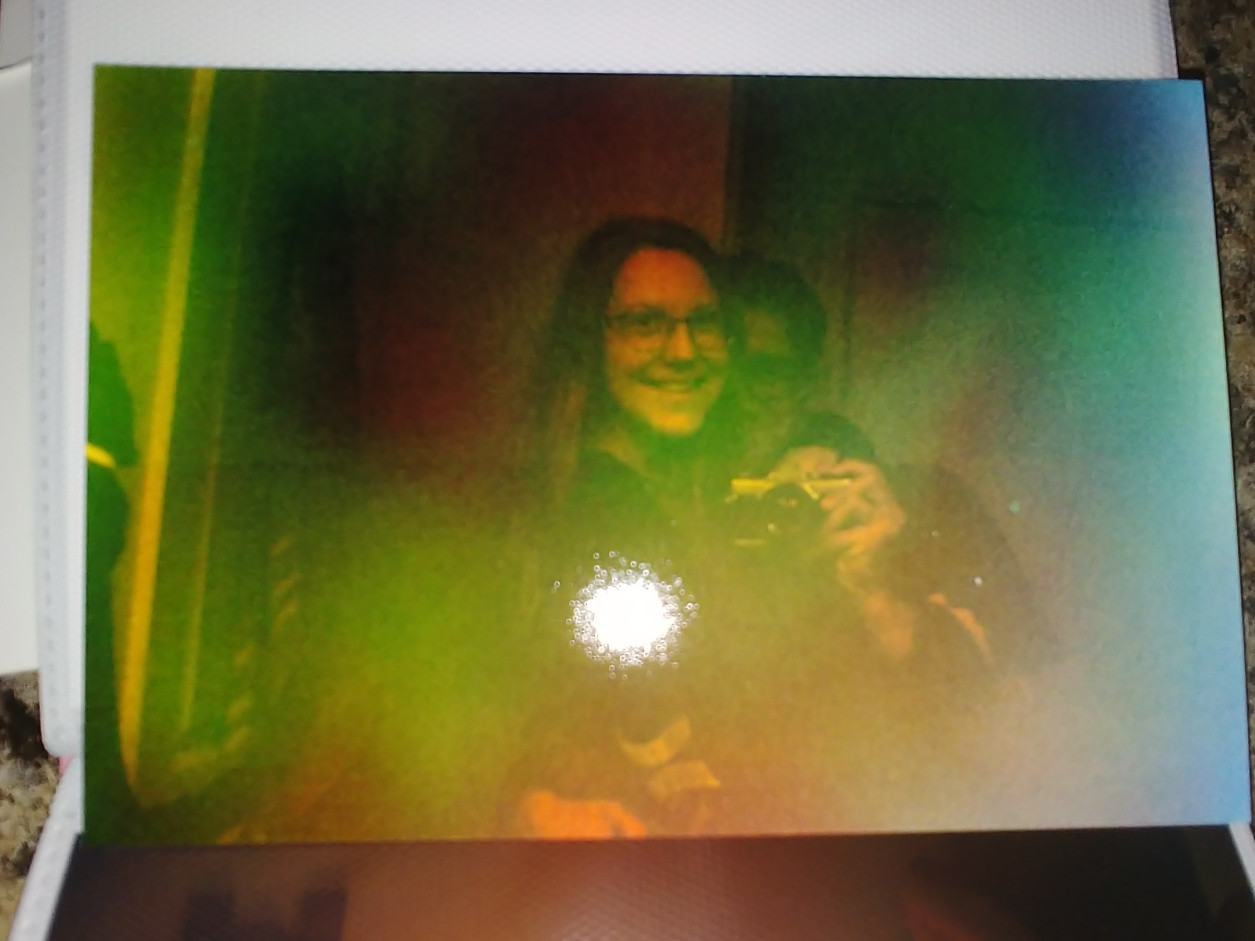 I have no clue why this happens. It's not every picture, but a great deal of them. It's quite frustrating. I'm using 200 speed fujicolor film (the normal stuff). Any suggestions?

Your exposures are under exposed.

Prints made from under exposed images often have a green fog or tinge. It is an artifact from an attempt to make a "useable" print from a very thin, under exposed colour negative.

Increase your exposure time or illumination and the resulting print will sparkle with beautiful colour.

You are using a color negative film. This type of film, after being developed, yields a negative image that is just a means to an end. Next this negative film is fed into a high-speed printing machine that makes positive prints on paper. This negative – positive system has great advantages in that the printing cycle affords an opportunity to correct and therefor enhance pictures that were poorly exposed when the initial picture was taken with the camera. We are talking about over and under exposure. You should know that this negative – positive method can greatly increase the yield as to the number of acceptable prints obtainable from a roll of film.

That being said, there is a limit and severely under-exposed and over-exposed negative are impossible candidates. Nevertheless photo labs (photofinishers) make their living by selling prints. Thus the tendency is to print and sell prints made from these dreadful negatives. If you were to inspect and reject these substandard prints, you would not be charged for them.

Severe under-exposure in the camera results in substandard negatives that when printed yield shadowy off-color prints. Bottom line, these negatives should never have been enclosed in your photo packet. You remedy is to better understand the operation of your camera and practice the art of making good exposures. No easy task but you are up to it.

Not the answer you're looking for? Browse other questions tagged film olympus or ask your own question.

5
Green Fog in Color Negative Scan
2
Do some Olympus bodies compensate for effective macro aperture differently than others?
0
HDR Help - Photoshop Cs5
1
Green tone over C-41 developed film
4
Hold baggage xray scanners - how likely is it my film might have survived?
5
Removing the curl from 35mm negative
1
Green / yellow negative scans
6
White ring around my analog photos
0
Can I continue shooting when film camera counter was reset to 1 after opening film door?
3
Why are entire rolls weirdly out of focus on my Olympus Sylus Epic?