How to edit photos shot in fluorescent light

I recently shot a series of pictures (portraits and group shots) in a room with bad (fluorescent) light. I had no possibility of changing that lighting situation. Now back at home and in Lightroom I wonder how to get the most out of my RAW files, despite the very unbalanced spectrum of the light.

Are there any not so obvious tricks or tips (like e.g. advanced color settings/ color mixes) for editing raw images shot under these conditions?

Of course I always try and colorpick a white balance with an object I know to be neutral grey in the image, but still, most pictures look dull and the faces kind of ill. The conversion to b/w images is only my very last option! :)

In addition to setting both the color temperature (blue←→amber axis) and tint (green←→magenta axis) I also often use an HSL (Hue-Saturation-Luminance) tool to remove or minimize remaining color casts. HSL tools divide the color spectrum into about eight different sectors and allow you to adjust the hue, saturation, and luminance of each sector independently of the others. Some applications call the tool HSV (Hue-Saturation-Value) or HSB (Hue-Saturation-Brightness) instead of HSL.

Adjustments made to white balance (color temperature and tint) pull pretty much all colors in the image in one direction or the other. Adjustments made in an HSL tool only affect the colors within the range of that single sector.

HSL tools can be used to remove color casts. They can also be used to create color casts or otherwise irregular color response curves. For instance, the examples linked in this question were shot under full spectrum daylight and then an HSL tool was used to alternately boost half the colors and pull back the other half as one travels around the color wheel. (Direct link here)

When shooting under any kind of flickering lighting, including fluorescent, each frame can have different brightness and color as the lights get brighter and dimmer due to the alternating current powering them. They tend to be bluer and fuller spectrum when at the brightest peak and browner and much more limited spectrum when at the dimmest part of the cycle. If you are using a shutter time shorter than half of the frequency of the current powering the lights, the color and brightness will change from the top to the bottom of the frame as the slit between the curtains of your focal plane shutter transits across the imaging sensor. Even with an electronic shutter you will see the effect with CMOS sensors, which scan across a sensor sequentially.

There are a few DSLRs now on the market that use the light meter to detect the timing of flickering lights and time the shutter to open when the lights are peaking.¹ This allows the photo to capture the image as the light is at both its brightest and fullest spectrum. Since the shutter opens at the brightest point in the cycle, it allows shorter shutter times for the same ISO and aperture settings. This can be quite an advantage when shooting sports under flickering lights. It also allows more uniformity from one frame to the next which simplifies the post processing workload.

Fluorescent lights are far from the only type of artificial lighting to be less than full spectrum and flicker as they vary due to the alternating current running through them. Here's an image taken under flickering stadium lights at night. The first version is using Auto White Balance. The second version is with the following adjustments made to white balance. The third is with the same WB adjustments and additional HSL adjustments. 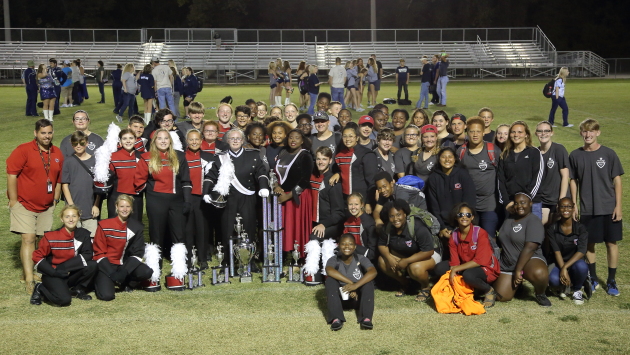 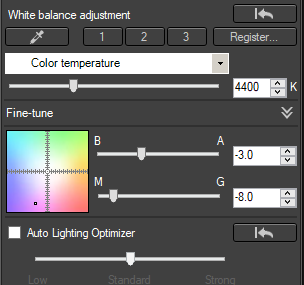 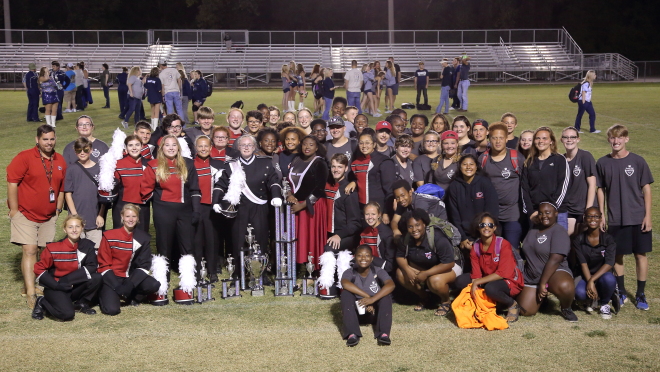 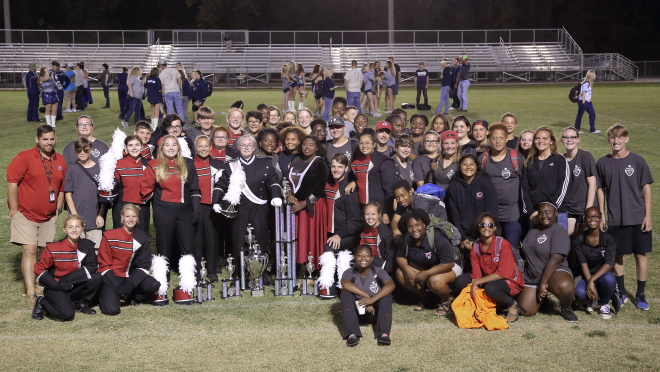 The differences are subtle, to be sure, but a wide variety of skin tones and the color of the grass look more like what our eyes see after the HSL adjustments. 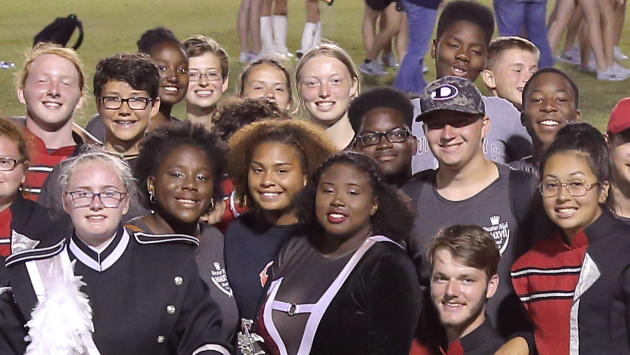 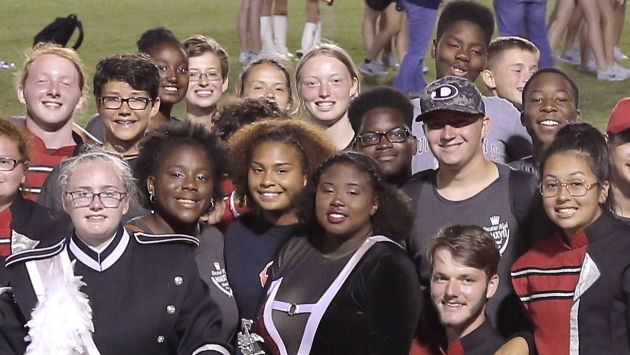 In this particular photo, the orange jacket was pretty much a lost cause when using only global adjustments. Skin tones are primarily in the orange band, with a lot of red as well. Yellow and magenta are also there to a lesser extent. Most of the color in grass, by the way, is usually almost all in the yellow, rather than green, band. To get the orange jacket looking natural using a global HSL tool would have totally wrecked the skin tones. Using a mask and adjusting that single area separately would be the only way to deal with it.

In general, fluorescent light is too rich in green. So after having set a white balance on a gray area (if you have one in the image!) you could try to reduce the green a touch more (in the white balance tool, there should be an option "green" or "tint").

But different pigments can reflect light differently, even if they have apparently the same colour under daylight (metamerism). The result is that those same pigments can appear as different hues or colours under fluorescent light.

What also might contribute to the flat look of your images is the diffuse character of most fluorescent lighting: long tubes, spread out over a large surface. not much you can do about that...

Try picking something in the image that is supposed to be white, instead of neutral grey (there is also a colour picker for black).

A grey card is for setting your camera's exposure properly. You use a white card to set the white balance in post.

Depending on the lighting, it might still not be perfect, but use it as a starting point and make adjustments until you are satisfied with the colour.

Not the answer you're looking for? Browse other questions tagged raw photo-editing light color-correction fluorescent or ask your own question.

22
When should I upgrade my camera body?
17
What causes these inconsistent dark bands in some of my photos from an indoor event?
9
Is the white balance wrong in these field poppy pictures?
9
Lighting variances on sport mode
8
What is the effect where some objects are a single bright color but the rest is black and white?
4
How to stop my camera from exaggerating differences in skin colour?
3
How are these washed-out, but bright, colors achieved?
3
Times when I don't want auto color correction or auto white point setting
0
How can I desaturate reds in post-processing using Rawtherapee (or Gimp)?
1
White LED lights come out purple in iPhone photos
See more linked questions

13
How should I post process images from a cloudy, dark day?
5
Canon 5D Mark III - problems with fluorescent light
3
Fluorescent/neon clothing
7
RAWs looking massively different in Aperture/Mac OS Preview compared to camera preview and (Canon) PictureStyleEditor
3
How does light quality vary between fluorescent (CFL) and incandescent?
5
How to automatically apply a Lightroom Preset based on appropriate (Canon) Picture Style on import
2
How to restore color of wood photographed under fluorescent lighting?
4
Why are mid-day images dull?