Can a pre-DSLR Nikkor lens be used with ControlMyNikon for taking focus stacking shots?

Can a pre-DSLR Nikkor lens be used with tethered software for taking focus stacking shots?

A typical focus stacking setup involves fixing the camera on a rail, which is then moved in very small increments (often involving a micrometer screw).

In such situation it matters little whether the camera shoots in tethered or regular mode. There is a slight benefit of finding your starting focus point easier on the bigger screen, but this is more of a convenience than a necessity.

Adjusting lens focus from the camera / computer gives you less accurate steps compared to moving your whole setup, with focus fixed. Remember you are moving the focus plane forward / backward in dozens of steps of a fraction of a millimeter each.

As you are (typically) not changing your focus during your stacking session you can use some genuine vintage equipment. This is a setup I had used with great success - a four element East German lens from the early 1950's, mounted on a M42 bellows and a late film era focusing rail. 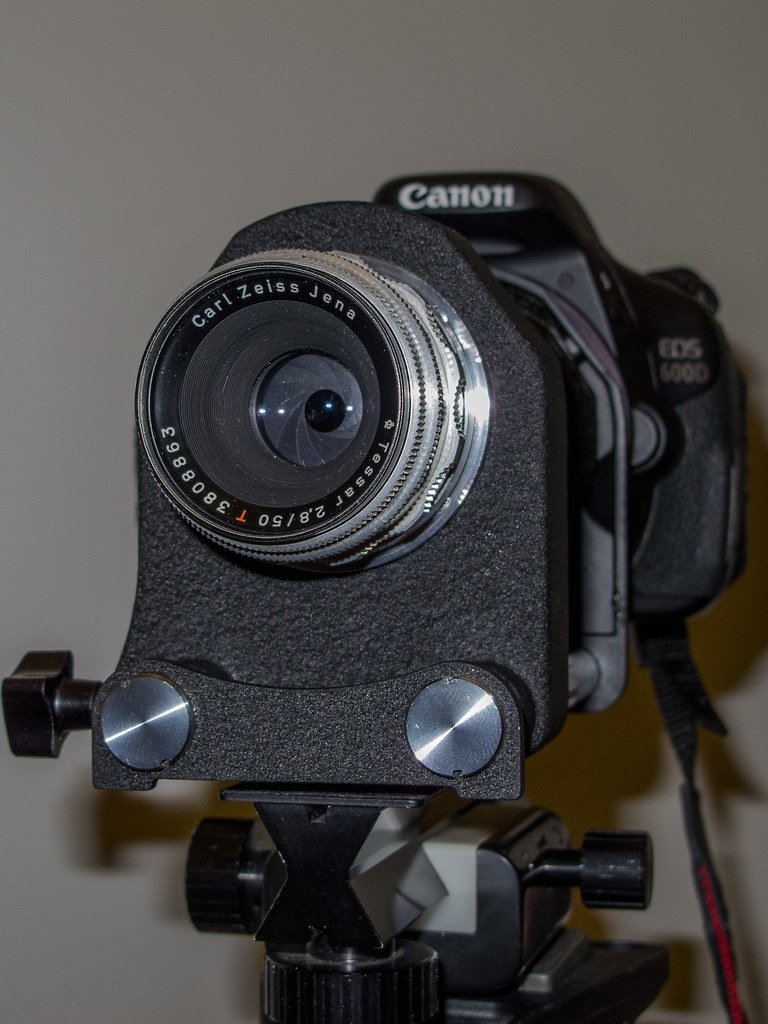 If, by "pre-DSLR", you mean a lens that the camera cannot control focus, then probably not. If the camera can control the focus, it should work. Of course some special focus stacking software is meant to be used with a rig that moves the camera (normally), rather than changing focus to the lens. In that case, it might not matter. That is typical for photos of small products/objects.

Not the answer you're looking for? Browse other questions tagged nikon focus-stacking or ask your own question.