Ghosting (not blur) on photos of wind turbines

Because of my job I take lots of photos of people and wind turbines. This means photos outdoors, lots of contrast, and no option to arrange people. I take what I can get. I use a combination of smartphone, point-and-shoot, and a mirrorless MFT Olympus (the best camera is the on you have in your pocket).

I've just come back from a trip and found that lots of my pictures have ghost turbines in them - they look like double exposures because the rotors of the turbines appear to be rotated slightly, but are much fainter. Because the blade tips are moving about 80 m/s, I think the ghosting is separated by maybe 1/10 of a second, maybe more. The image below is a zoom in to the area where the turbines are. 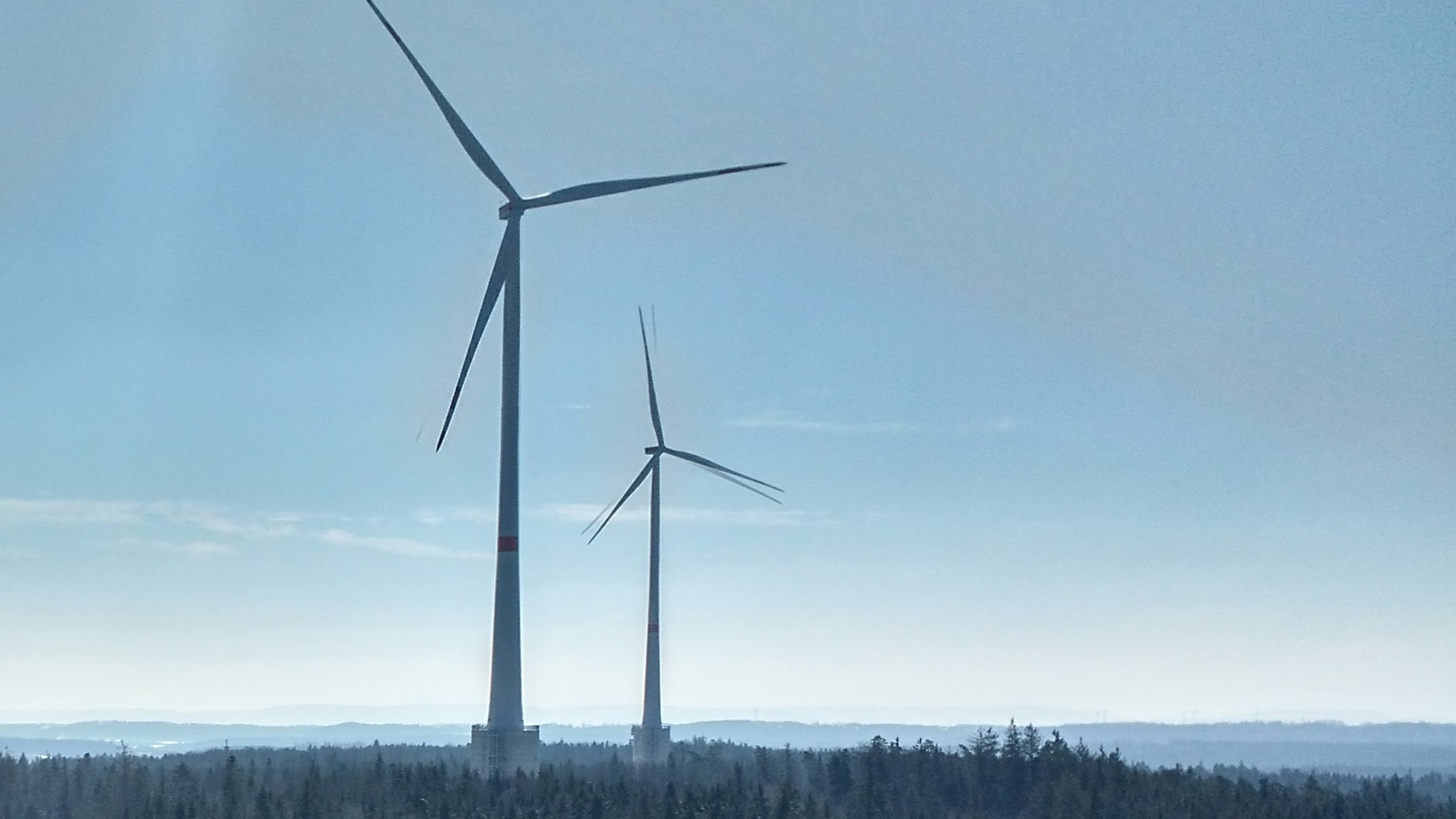 What is happening, and how could I avoid this in future?

I also recently bought an Olympus OMD E-M10 mark III with stock 14-42 mm pancake. I've not noticed this happening with that camera, but would like to know how I could avoid it - with that camera I generally try to use smaller apertures and keep exposures as short as possible, but what else can I do?

it sounds like what you are expercing is the effect caused by rolling shutter used in modern day CMOS sensors. The effect happens when the blades move faster than the sensor can read out the image. The sensor reads line by line, and the blades have the opportunity to move past the sensor multiple times during the readout, creating the artifacts. Here is a nice youtube video explaining the effect

There are couple ways that you could remedy this.

Not the answer you're looking for? Browse other questions tagged motion-blur double-exposure or ask your own question.

20
What is a rolling shutter? When do I have to be aware of it?