Do cameras exist that can focus on multiple macro depths? [duplicate]

I have tiny plants that I would like to photograph. 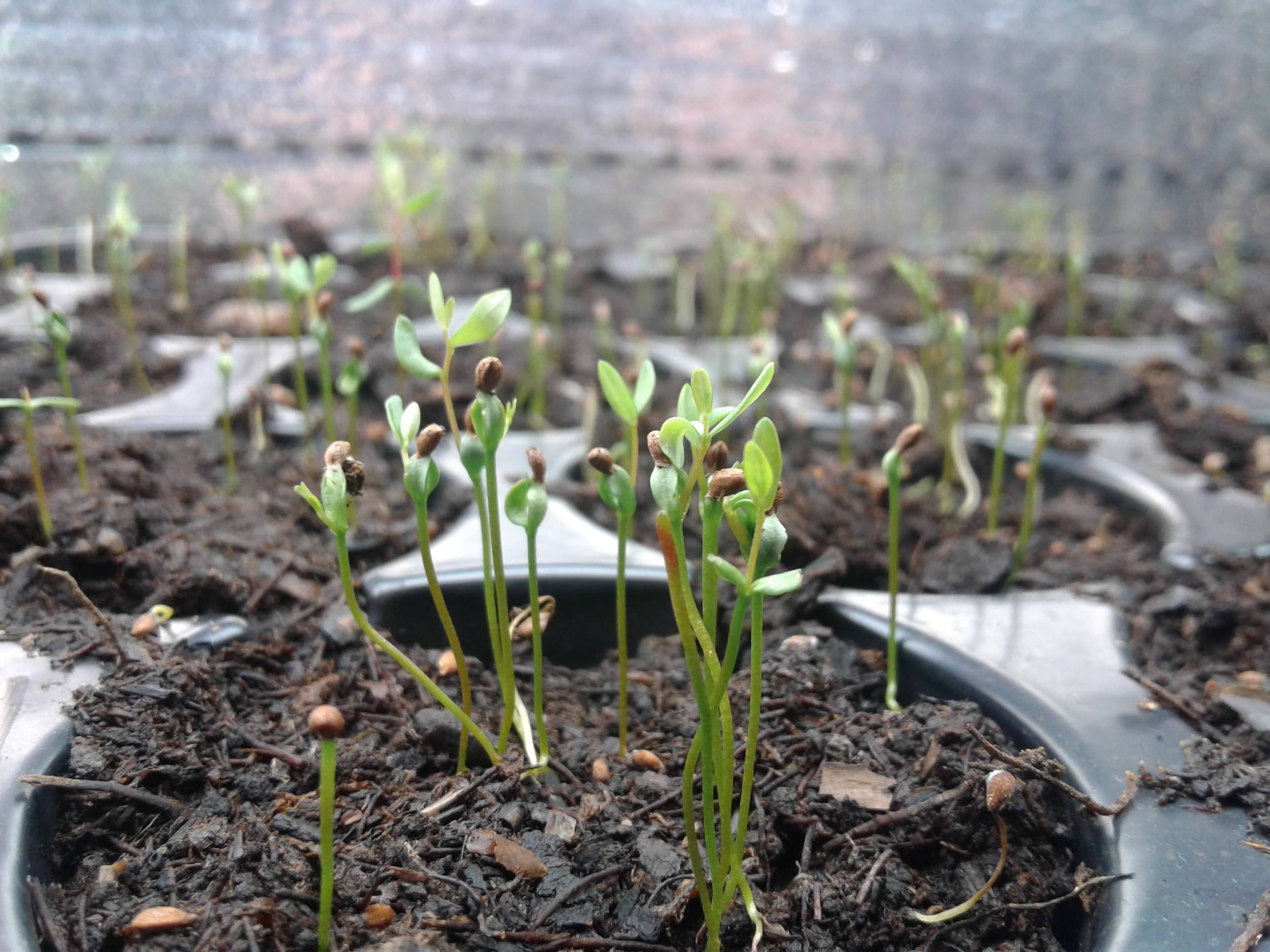 As shown in the test photo, I'm able to focus on the plants in the foreground, but not the background.

Do cameras exist that can focus on multiple macro depths (both the foreground and the background)?

Apologies if this question is amateurish. I do not have a background in photography.

Sure. There's something called a light field camera, or plenoptic camera. It captures a much lower resolution than a normal camera, but it also captures additional information that allows it to be refocused after the fact. And to a very limited degree, dual-pixel RAW in the Canon 5D Mark IV allows refocusing after the fact, but not by very much.

That said, I think what you're really probably asking for is for more of the photo to be in focus, rather than focusing on multiple things. In that case, the solution is to use a smaller aperture, focus stacking, tilt-shift lenses, or move to a wider-angle lens and move closer to the subject, as others have said.

A lens only focuses on one plane. For normal cameras / lenses the plane is parallel to the film/sensor, so only objects at a particular distance from the lens will be in perfect focus, though things some way in front of and behind that plane will be acceptably sharp. smaller aperture settings (bigger f numbers) increase that range, and larger aperture settings (smaller f numbers) decrease it.

So a large aperture (small f number) is handy for blurring the background and concentrating on one particular distance, while a small aperture (big f number) keeps more things sharp.

I believe you can get focus stacking software that lets you combine multiple images focused at different distances together to get a bigger sharp image range.

Unfortunately, for macro work, even with a small aperture, the depth of field (sharp range) is usually fairly small.

For a more specialised solution, lenses that can be tilted (or tilted and shifted) or a view camera (where the lens panel is mounted on an adjustable bellows setup that allows tilting and shifting) can use something called the Scheimpflug rule - this allows you to tilt the lens so that the plane of sharp focus is also tilted. Although there's still only a single plane of sharp focus, it's not longer parallel to the sensor. if you're looking down at an angle to the plants, you could set things up so the plane of sharp focus is at a particular height above the soil level. Instead of having distant plants blurred, you'd now have a particular height above soil level sharp - so maybe the tops of the plants would be sharp but the bottom blurred. A web search for "Scheimpflug" should find several explanations of how it works - basically, if you extend the plane of the film/sensor, lens, and sharp focus, the planes intersect in a line.

For ease of use, you probably want a camera that can do in-camera focus stacking -- taking multiple exposures at different focus points and automatically stitching together the sharpest parts.

Googling for "in-camera focus stacking" turns up several Micro 4/3 and point-and-shoot models from Panasonic and Olympus.

Not the answer you're looking for? Browse other questions tagged macro photography-basics or ask your own question.

3
How can I get the most possible depth of field out of close-up/macro shots?
6
Is it normal to get really crazy shallow DOF with a macro lens?

5
Can a fast prime lens simulate a macro lens for food photography?
2
How important is auto focus and aperture control in a macro setup?
7
What does the 'macro' mode on my camera actually do?
1
Most effective way to get detailed photo of a dog's eyes
1
Can a Sigma dp3 quattro be used for Macro Photography?
6
Live view underexposed at close focus with Canon 100mm f2.8L Macro
4
How to crop macro plant/flower photographs such that they look somewhat abstract, not "cropped"?
1
Macro photography stacking: focus shift vs. camera movement
13
Macro photo that I cannot repeat