I've decided to buy an Olympus OM D M10 mkii as my first serious camera, however I now have to decide which lens to get which it. The cheapest option is with the 14-42mm ii r, which is 20 euros less than the 14-42mm Objective. But what's the difference? Is it relevant for a beginner?

The main difference is in the size of each lens. 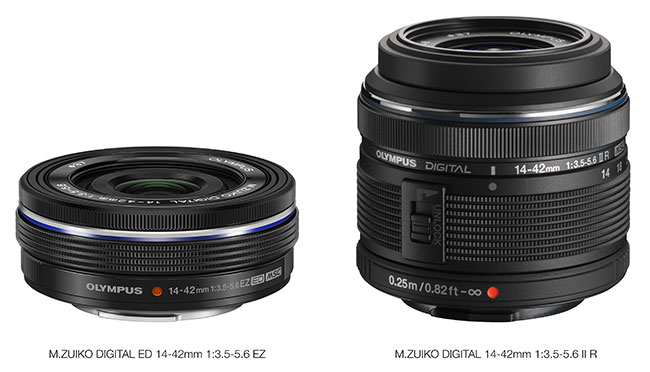 But in use the center of the lens extends. 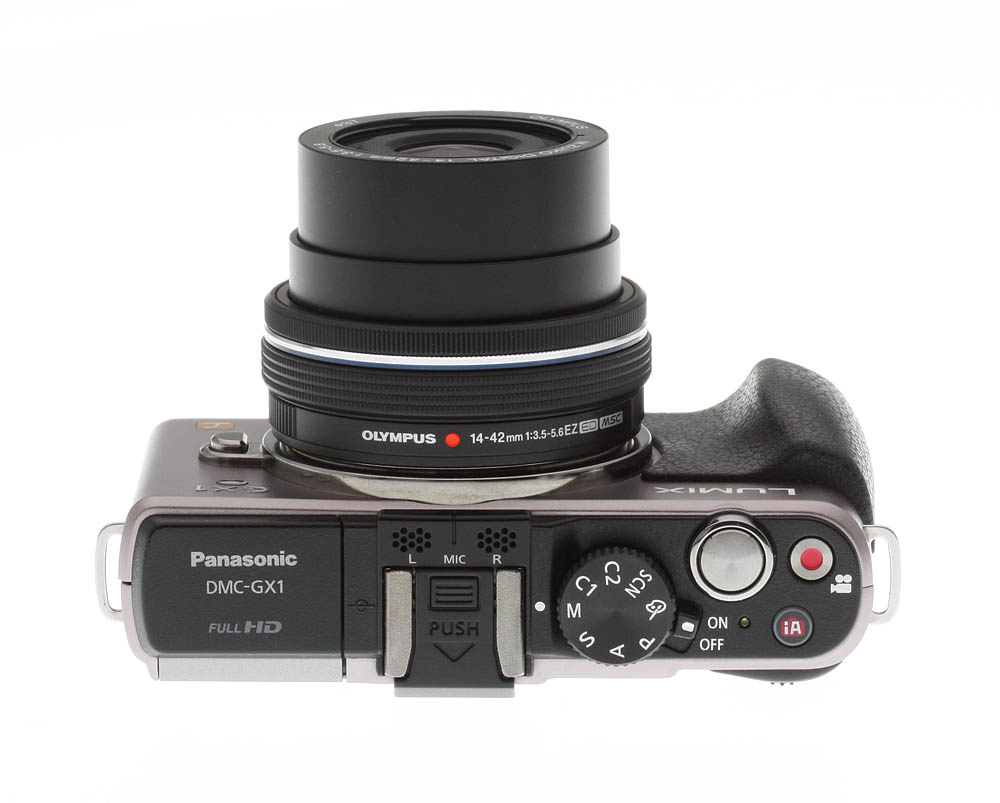 There's a lot more in terms of optics inside this one than your average "pancake" lens: 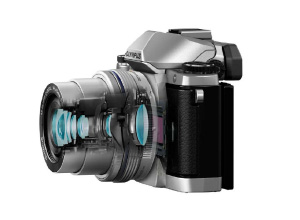 It too extends and is almost twice that length when in use. 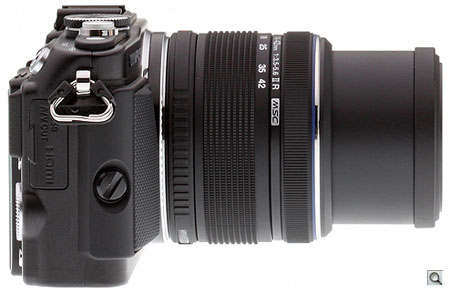 You don't give up anything in the way of image quality in exchange for the compactness of the pancake when compared to the other lens, but you don't really gain anything either. Comparing the two lenses at various focal lengths and apertures at imaging resource gives a slight advantage to one in some places, and to the other in other places. All of the variation could very well be within the range of cop-to-copy variation of two copies of the same model of either lens. Overall the "EZ" may be just a bit sharper than the "II R", but it is not decisively so.

The "EZ" has a power motor that automatically retracts the lens when the camera's power is turned off and automatically extends the lens when the camera is turned on. The lens also zooms using this powered motor via a 'fly-by-wire' connected zoom ring. The "II R" has a more traditional mechanically connected zoom ring that the user must operated themselves after moving an 'Unlock' switch to stow the lens in the compact position.

Not the answer you're looking for? Browse other questions tagged lens equipment-recommendation or ask your own question.

11
What Pentax macro lens do you recommend for outdoor activities?
2
How do I choose a bridge camera?
1
Can I use a Nikon F objective with a Olympus OM-D E-M10?