Why hazy and unsharp background with Nikon 55-300 VR lens?

I am using Nikon D5600 camera with Nikon 55-300mm VR lens. There seems to be a lot of haze in the photos, which are taken on a bright sunny day. Moreover, there are some photos in which the background is also unsharp (along with haze) even at a higher F-Stop value (f18).

The following photo is hazy, with an unsharp background. The trees in the background appear very unsharp. I took this photo with "Auto-area AF": 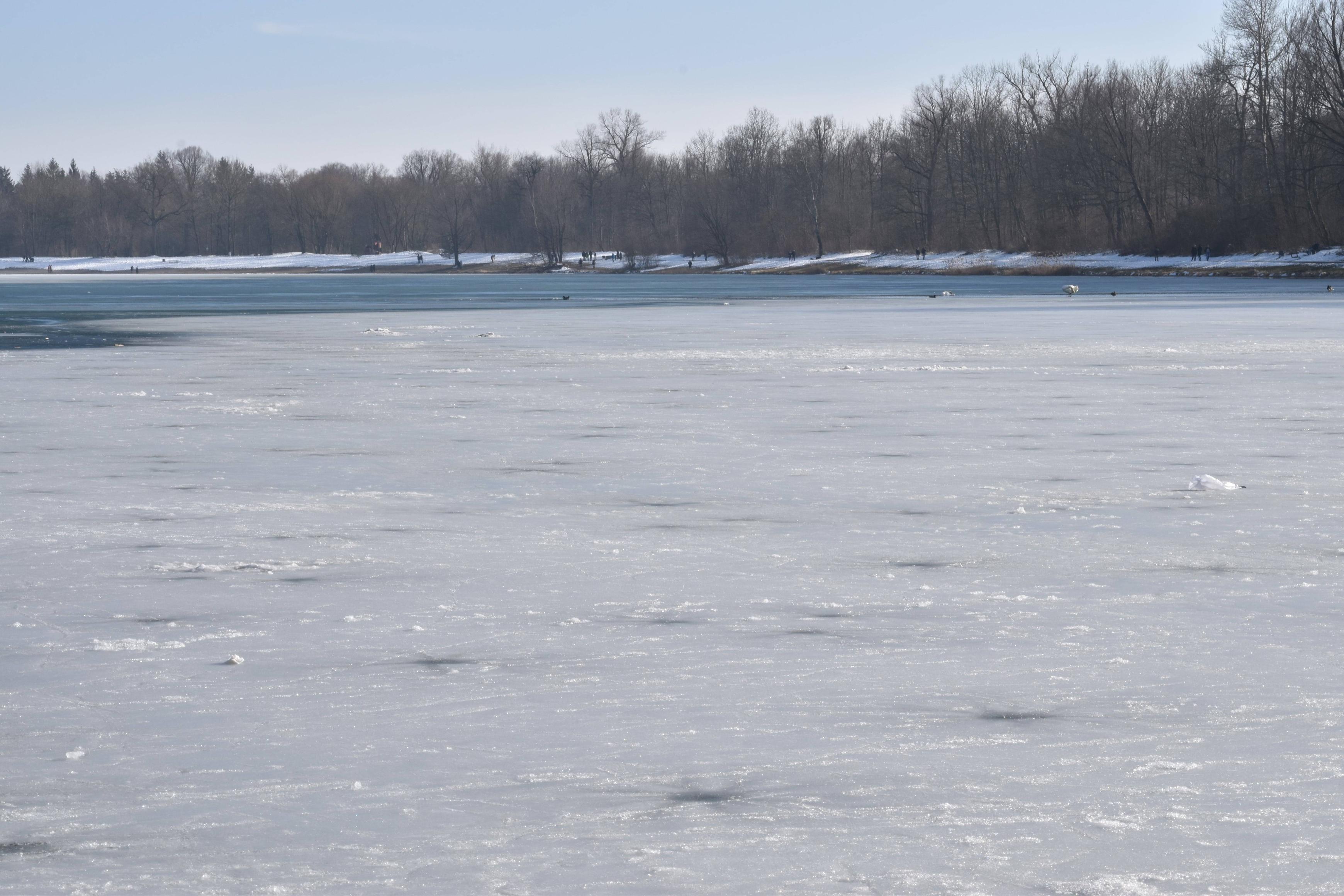 These photos are also hazy: 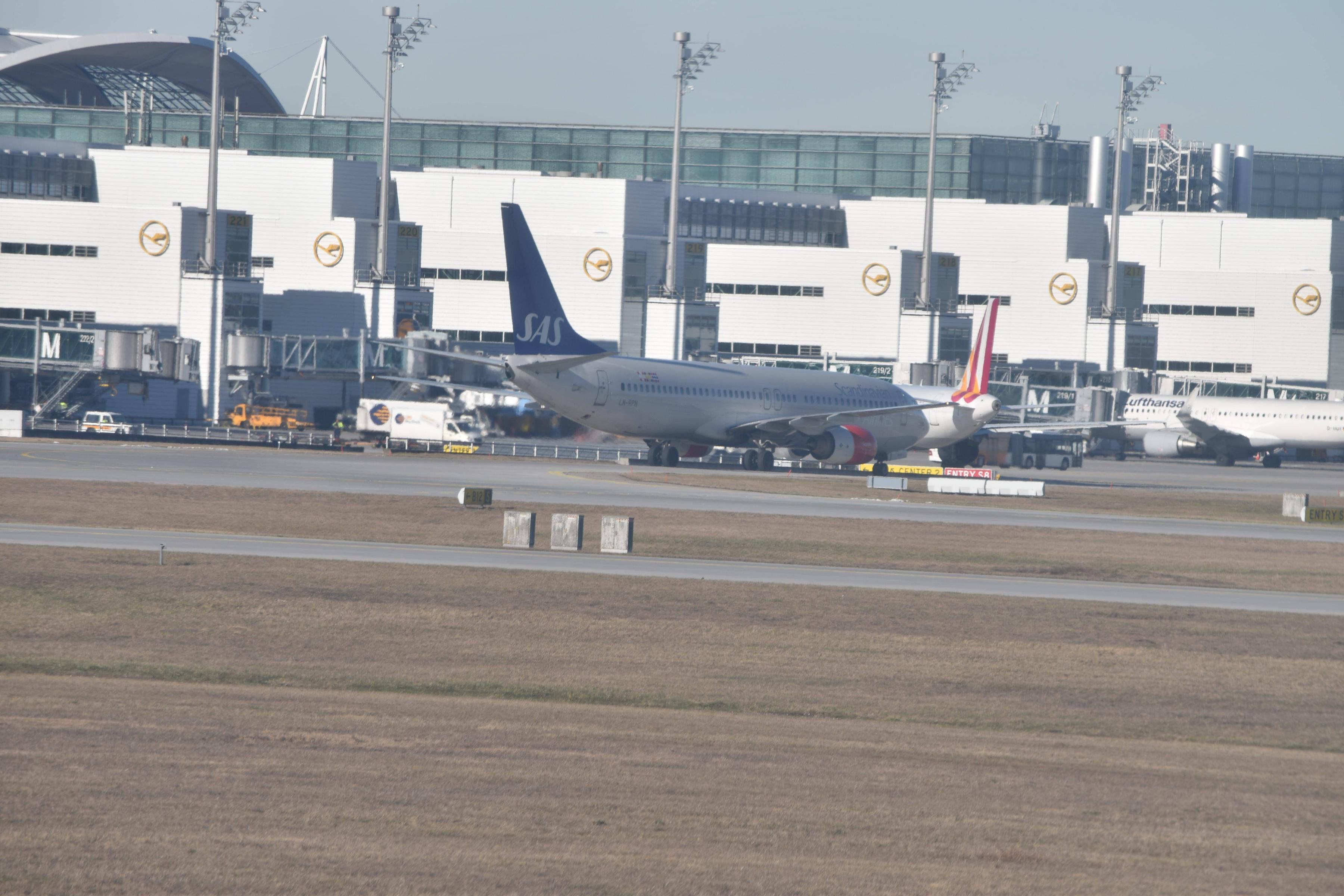 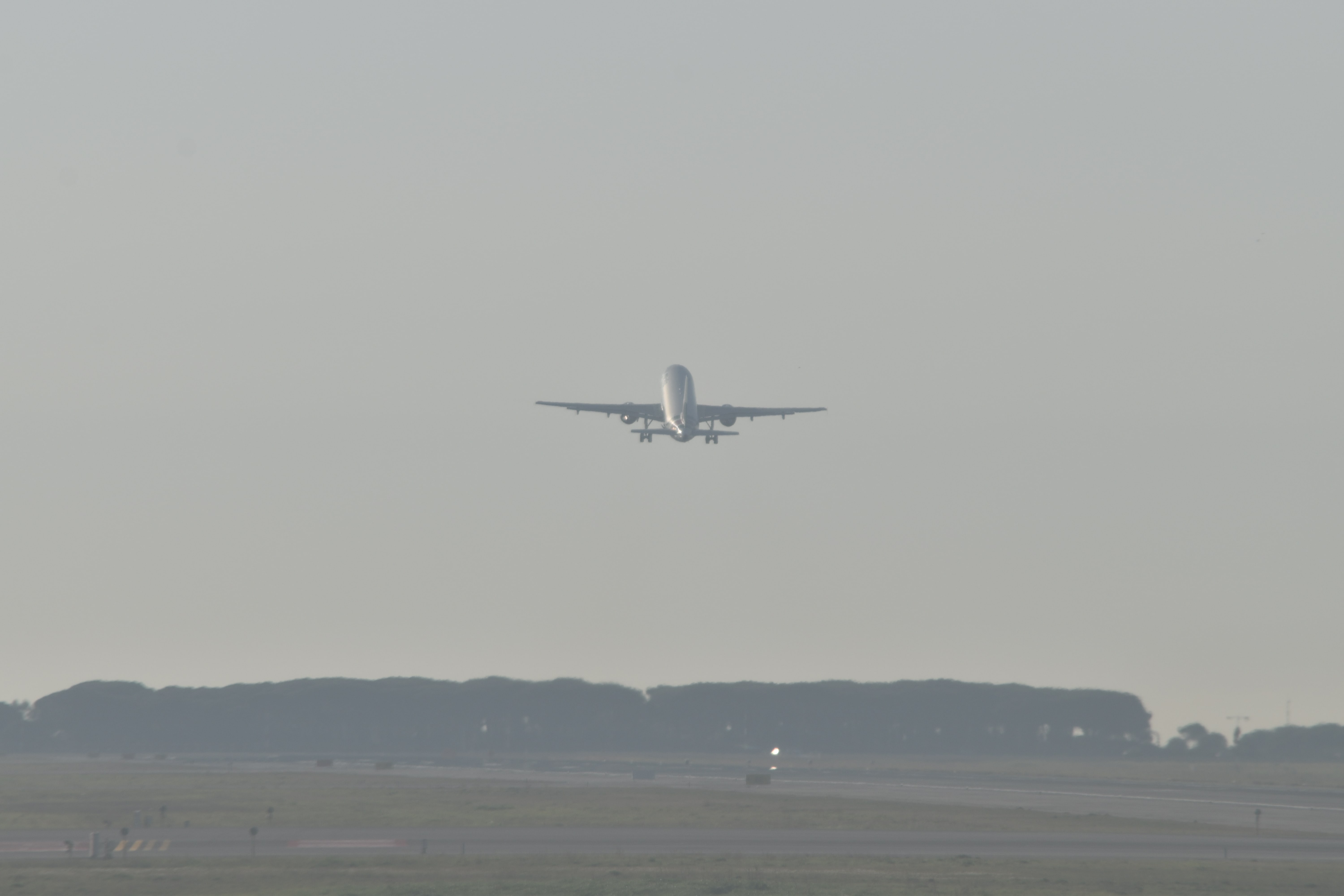 the haze consists of particles in the air. there is moisture, in case of the airport exhaust fumes, mist and sometimes smoke. when you are taking photos over a large distance with a long focal length, it's like looking through a very long cone of air/ atmosphere.

try again in the desert, you will find the effect there is minimised and colours much more expressive.

In addition to haze, at f/18 used for the first photo you are well into diffraction territory with the APS-C Nikon D5600. With a pixel pitch of 3.92 microns, the Diffraction Limited Aperture of the Nikon D5600 starts at around f/6.3. Even f/8 and f/10 used in the second and third photos, respectively, are impacted to a lesser degree by diffraction.

At 1/100 second the first image may or may not also be suffering a bit from camera shake as well as diffraction. Regardless of how good your shooting technique is when hand holding your camera, a good tripod will always be more stable.

Another factor that may be in play is lense flare, which can reduce contrast even when specular flare (those aperture shaped light spots) is not noticeable. Veiling flare reduces the overall contrast of an image. The fact that you are getting less contrast when the sun is to your side than when it is behind you suggests flare may be playing a role. The best way to reduce flare is to use a well made lens hood or otherwise block strong sources of of-axis light from shining on the front of the lens. Cheap knock-off lens hoods can sometimes make things worse if the inside surface is shiny and reflective.

Not the answer you're looking for? Browse other questions tagged nikon telephoto haze nikon-d5600 or ask your own question.

16
How to postprocess photos with lots of blue haze?
0
Can I safely photograph the sun through haze
1
Does Yongnuo YN50 provide Auto Focus with Nikon D5600?
2
What is the difference between the Nikon 55-300 DX and 70-300 DX lenses?
3
How do I cope with haze for the photos containing sky and trees at a distance?
2
Why photos are not vibrant by default in Nikon?
0
Why is view on camera different from actual output viewed on phone?
1
Settings to improve dull images
1
150-600 mm lens for Nikon D5600