i recently have bought a canon f-1 from a thrift shop where it was exposed to dust and sun. the shutter mechanism works correctly (it is not jammed, but i don't know if it has the correct speed or not) when you set the speed to 60 or higher. Below that, the shutter stays open and the mirror stays up. 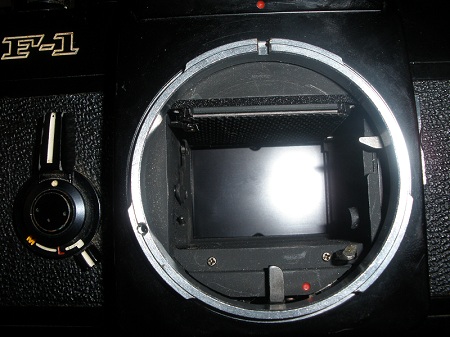 to unblock the situation i have to either change the speed to 60 or higher or wind again. i am new to photography and is saw in many forums that this is not supposed to happen. 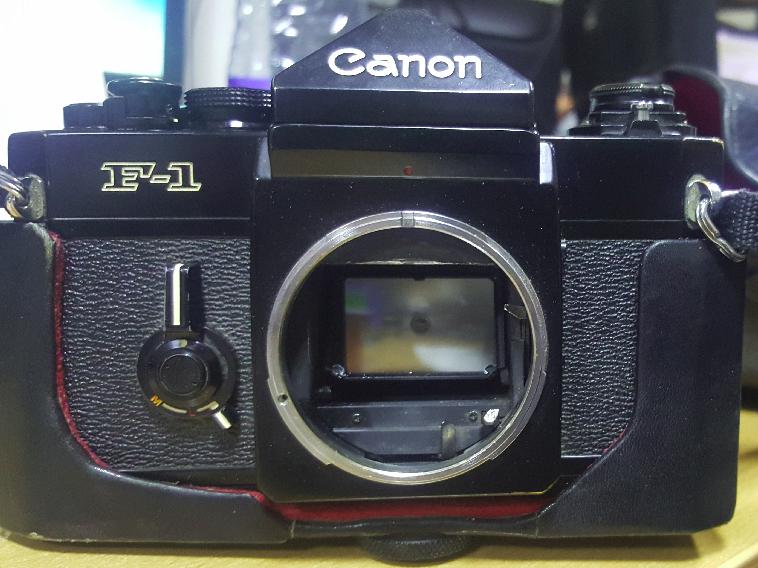 is it a problem ? is it because of the battery ? can i solve this problem ? and how ?

I assume the picture is not a stock photo but shows your camera with the mirror stuck up and the shutter stuck open.

Then you have one of two versions of the “old” F-1. I can't tell from the picture whether it's the very first model or the “F-1 (later model)” – commonly referred to as F-1n. Both, “F-1” and “F-1 (later model)” have all mechanically controlled shutter speeds and the battery is only needed for the meter. It's not essential for this issue but you can tell them apart by their maximum film speed setting as Corey has outlined above.

You don't have a “New F-1” which has a different front layout (e.g. no self-timer, different stop-down lever). The “New F-1” has shutter speeds of 1/60s and slower controlled electronically.

This problem does not occur due to the battery being dead.

If it is the slow speeds (60, 30, 15 ...) which are affected, a dirty escapement could be the culprit. This is not an uncommon issue with the F-1. But this is not something you can fix at home. Have the camera checked by someone who knows how to service mechanical cameras. If you are lucky it just needs a CLA (clean, lube, adjust).

Not the answer you're looking for? Browse other questions tagged canon shutter-speed shutter mirror or ask your own question.

3
Too loud shutter sound/mirror slap on Canon 1100D, is it just me?
0
Water-damaged Canon EOS 550 giving Err 70
2
Are there downsides to using a high shutter speed when it's not required?
1
Why is my Nikon D300 slow to respond to shutter press regardless of shutter speed?
0
Why is my shutter speed stuck while using mirror lockup?
2
How do I compensate for lack of minimum shutter speed when in Av mode with the Canon 750D (Rebel T6i)?
2
How can I choose a ringlight for my girlfriend's camera as a surprise gift?