What kind of "stand" for photo taken from above? E.g., food photography

I want to take photography of things laid on a table (fabric, drawing and painting mainly). So, basically, the lens just above it.
Are there "special stands" for this kind of photo?
So far, I saw 2 methods, both using tripod:

But does "table stand" or something like that exists? You know, something that works like an enlarger, but with a camera instead of the lens: 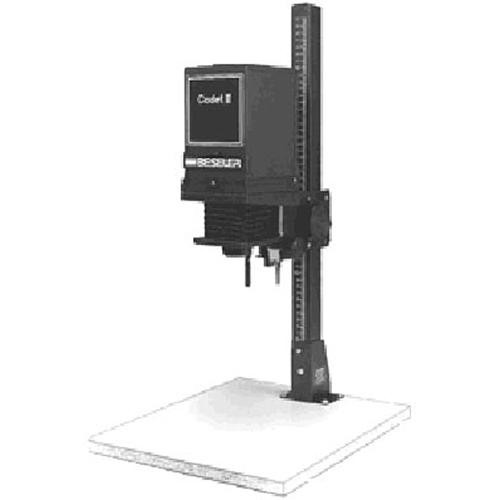 It seems like it would be simpler to have that kind of thing than a tripod.

Stands like that do exist. They're called copy stands and as you might imagine they were designed to copy things, usually flat artwork.

There are other options. Camera stands often have overhead arms, though they're bulky and expensive, though very stable.

Tripods do work well if you have a counterweight. They also make jibs for tripods (usually larger tripods) that go even further.

And finally there's the truly fancy stuff they use in hollywood.

You can rent some of the stuff – particularly the jibs – that are too expensive to buy. If you have a local TV or film equipment rental shop they'll have some of this stuff.

Or you can rig something up in another way – I've used a Bogen Magic Arm for overhead shots and Casey Neistat has built his own overhead shooting table out of scrap wood. But mostly I use tripods with counterweights.

The column of a tripod is often reversible, so you can straddle the subject and shoot downwards. Or you can build a gantry, though it's not really needed for today's lightweight cameras. I sometimes see this sort of arm. What I MOSTLY see is just a normal tripod, used normally. You can get pretty close to straight-down, maybe in conjunction with a slightly tilted table, without getting complicated. 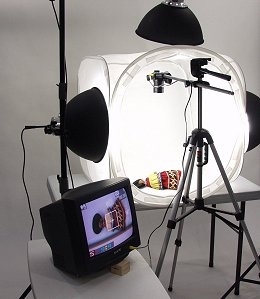 In addition to copy stands, you might consider the Manfrotto Super Clamp and some of its various accessories. 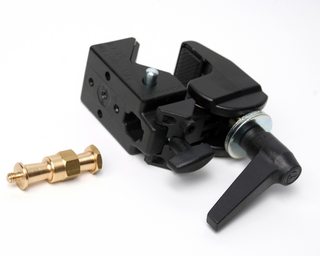 For example, there are various articulated arms with 2 or 3 sections, and in double or single depending on the weight you want to support. 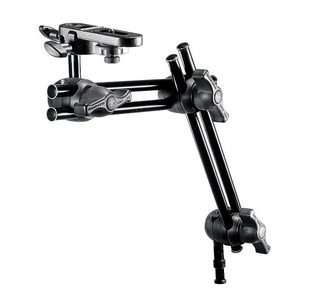 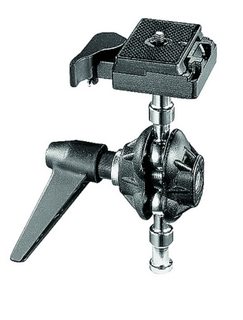 These aren't cheap — $30 for one clamp, and the various camera mounting options will set you back another $60 to $200, depending on options, but it's all very sturdy. You'll get a better solution than something frighteningly rigged together with gaffer tape, and it's much more versatile than a dedicated copy-stand setup would be.

You want a reproduction arm, sometimes called a sidearm or crossbar.

Not the answer you're looking for? Browse other questions tagged tripod food-photography or ask your own question.

-1
Is there a flexible tripod for DSLRs that is is more robust than the Gorillapod?