Why do my videos not look as good as professional examples I've seen? Screenshots attached [closed]

This question is about video in a context that is not likely to be relevant to still photography.

The first picture of a girl is a screenshot from the travel video that i am making, and and the second picture of a boy is a screenshot from a youtube travel video. I want to achieve the quality of the second screenshot. How can I do that? Is the difference mainly a result of different equipment, ability to frame a shot, camera settings, lens, natural lighting, post-production or something else? How can I get a sharp video like that? The third shot (of sweet potatoes) is also a screenshot from my video and that is much different than my first shot. Both of my shots were most likely shot at low ISO (lower than 800), 1.8 aperture and 60fps. 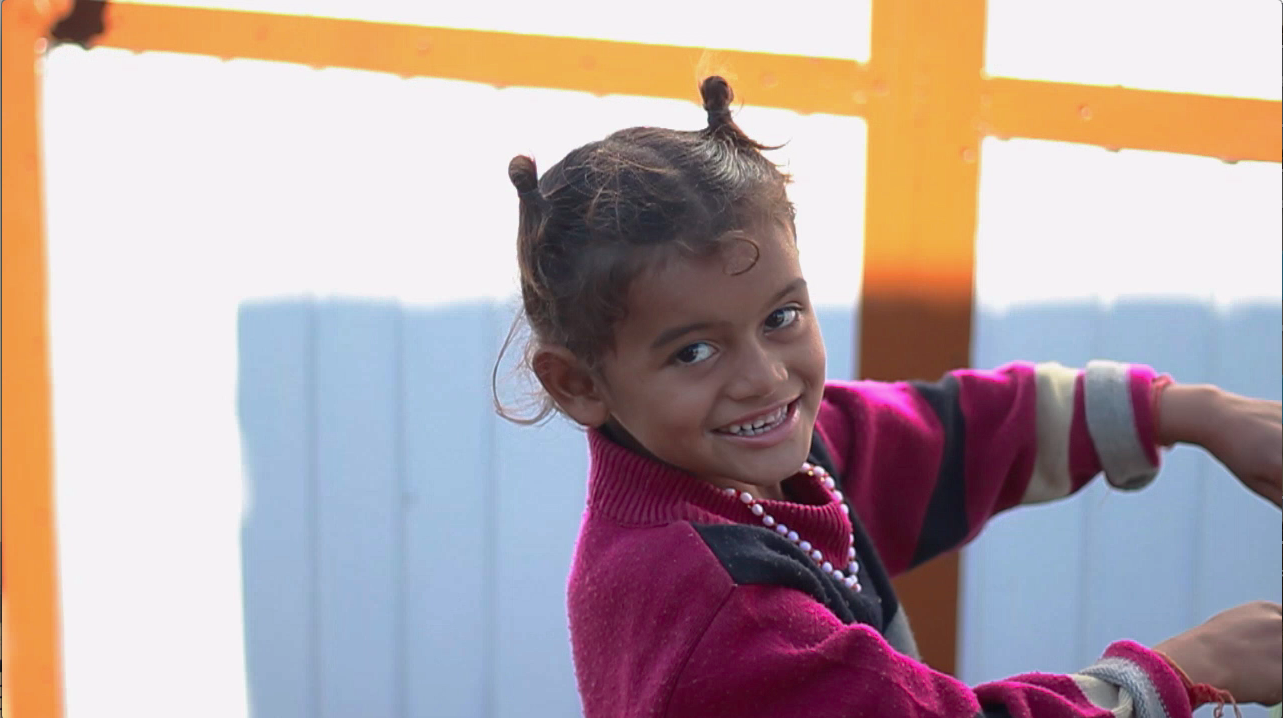 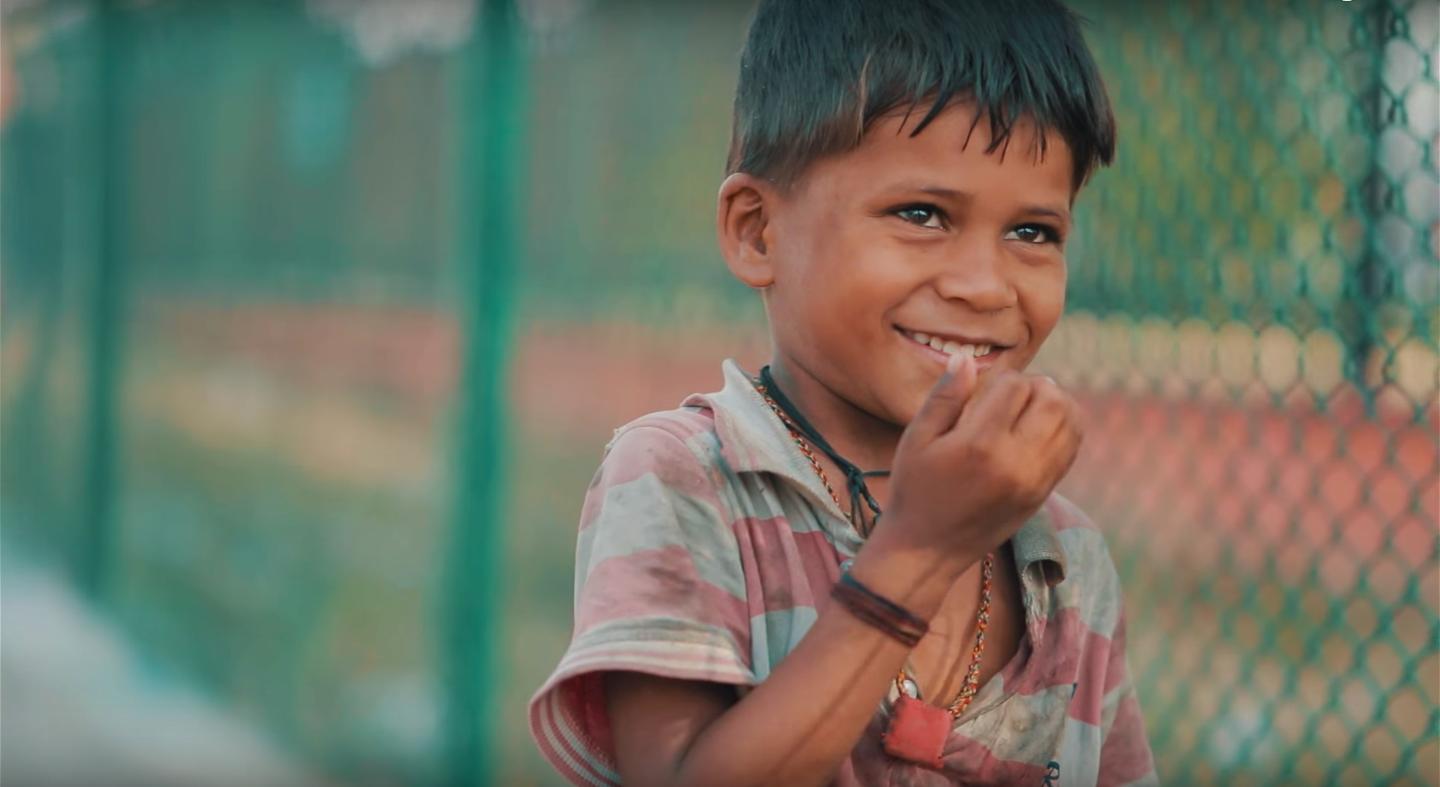 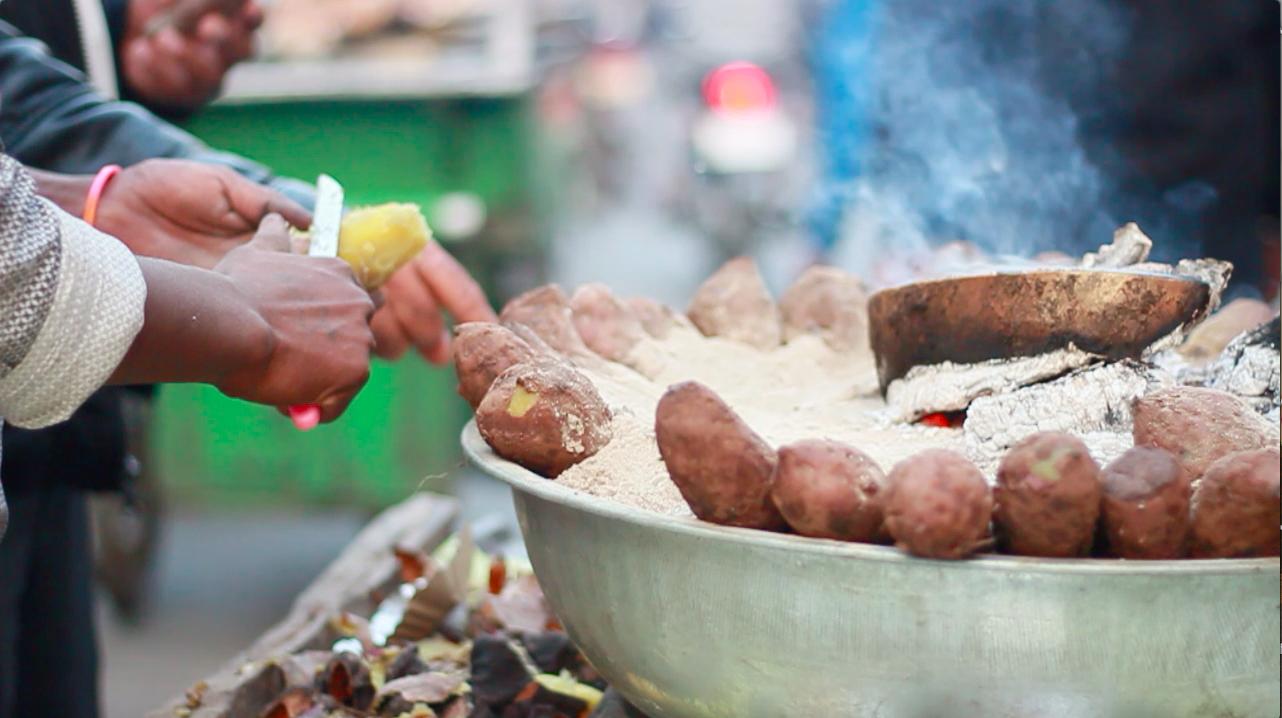 The second one is pretty simple.

Just adjust the color grading. In this case, the white point is not totally bright, but gray, so simply adjust the curves lowering it. 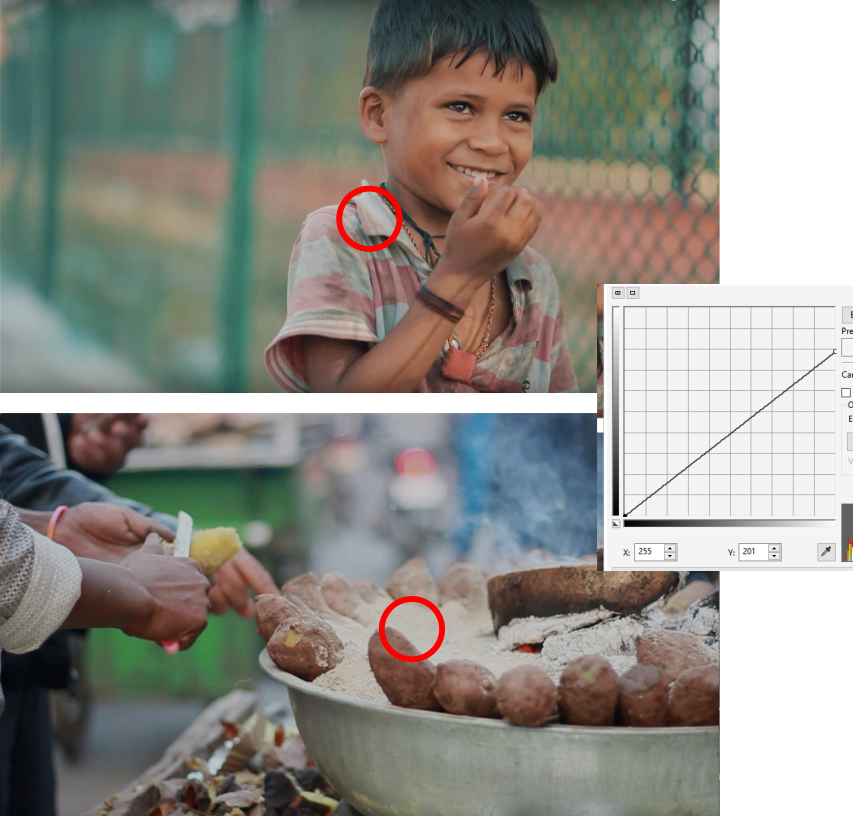 There is a tendency of making videos dark and less contrasted, In my opinion, it is only a trend thing.

The basic idea behind it is that as displays can render brighter whites, in some cases you do not want a too happy image, so you darken it a bit.

In some cases it is actually the result of using a high bit depth file format, like some RAW video.

The first image is trickier to spot.

It also needs color grading, but it has some obvious illumination issues, mainly because it is backlighted, but also it has a white balance too cold, so it needs to be warmed up. 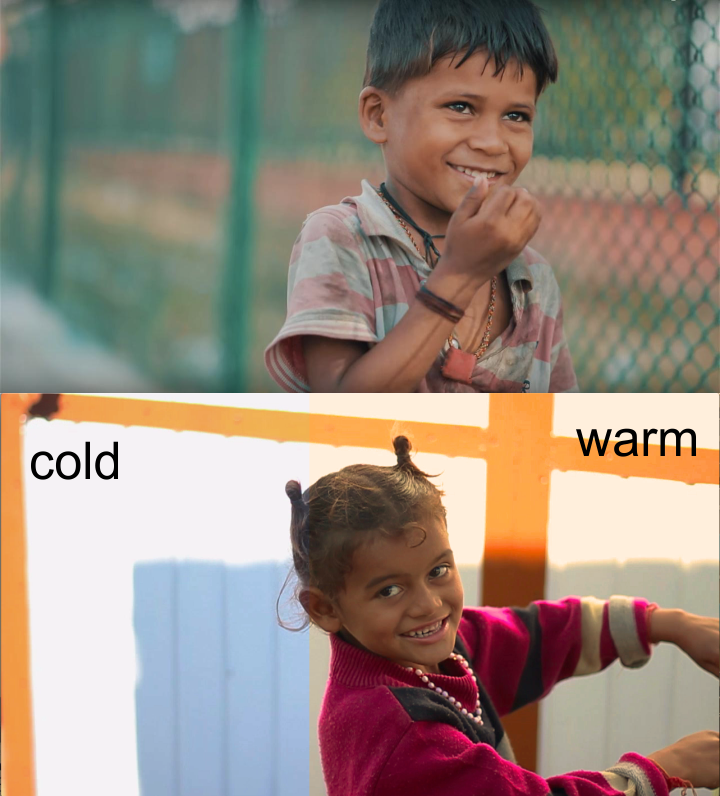 The blurred background is also hard to spot because it is almost totally flat, so you do not appreciate the bokeh.

You could also have used a reflector to better illuminate the face on this backlight situation.

In this case adjusting the curves gives you a better exposition, without making the whites totally white. 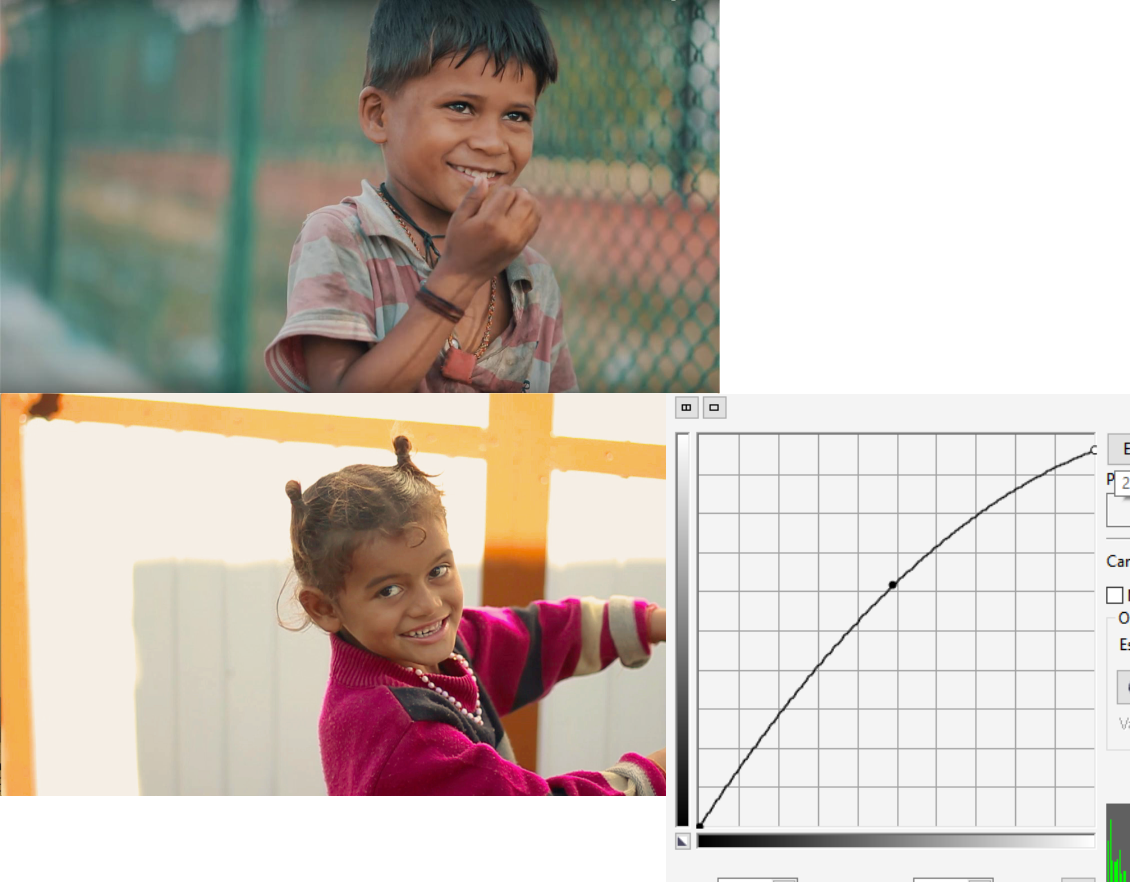 You mentioned "sharpness" on your question. The example image is not sharp at all. But sharpness could be related to the lens or the ISO, but do not be too picky on that.

Try using a tripod if you can and a higher ISO if you can.

Normally the "cinematic look" is not done by using a high framerate, 60p, but a lower one, like 24fps. But that is another issue out of the scope of the forum.

What is the difference between these shots?

One obvious problem with the picture of the girl is that it is a dark subject against a light background. You always have to think about the light. The foreground of the girl can be lightened in post-processing, but the best answer is to shoot from the right direction and not have such high contrast between foreground and background in the first place.

Dynamic range is another problem with Shot 1. The bright background is "overburning" the image taking color depth from the face to catch details in the background. Newer cameras have HDR or WDR setting "on" to fix it automatically. Else you may try to increase the brightness level, to make face more expressive (this will make the background almost completely white) or not shooting against bright backgrounds.

Both problems are also fixable in photo software by using Levels, Gray Point and Skin Color (using those is a separate story).

Not the answer you're looking for? Browse other questions tagged post-processing lighting camera-settings hd-video cinema or ask your own question.

82
Do fluorescent lighting and shutter speed create a problem with color cast?
15
Can photographic composition rules be used in cinematography?
4
How to fix the exposure of a snow scene which came out gray?
3
Editing previously-taken photographs—by multiple amateurs—for a consistent look
2
What's going on with the shadows, blacks and other features in this image?
2
How does the size of a modifier affect light coverage?
4
Doubling ISO vs summing pixel values from 2 shots - different?
1
How do Polaroid cameras determine the shutter speed and how can I manipulate this?
5
Fixed camera and light settings return different exposure