What are the best practices for taking pictures of a canvas?

There is a good book which indeed does talk about photographing a canvas. It is the first book I would recommend someone who wants to learn about lighting. It is called Light: Science and Magic.

The thing about the canvas is (I guess you have noticed so far already) that you've got tons of direct reflections, destroying all colour on the image. That's how this can look (I used spray paint in this example): 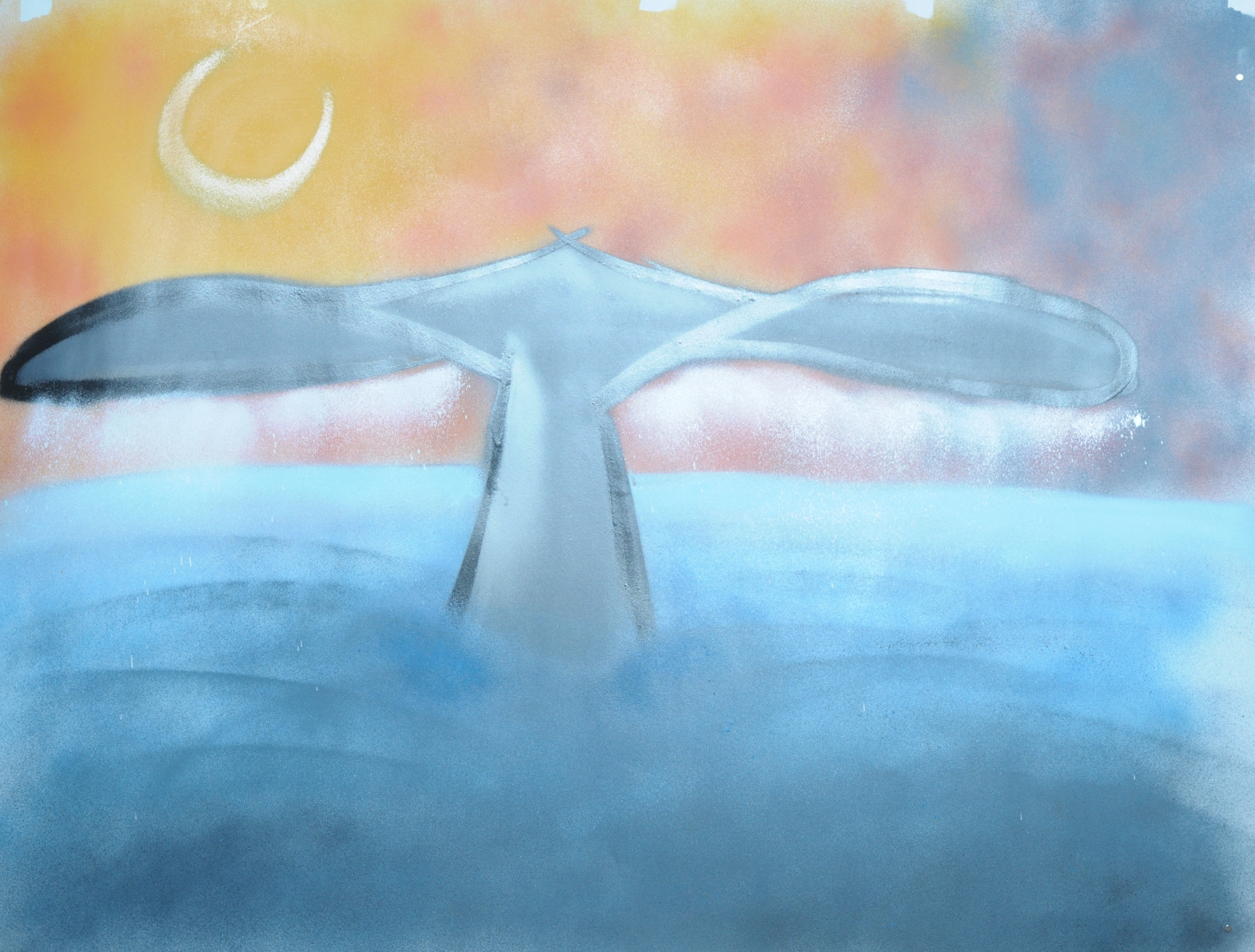 Now what you can do is put the light source to your right/left/whatever (just not directly behind you), so that the directly reflected light (angle of incidence) does not hit your camera's lens but the wall next to you. This only works though when the paint is flat, oil for example might fail.

Then, without touching the polarizer (take care with lenses that rotate when focussing), take a pic of your canvas. This is the result in my example: 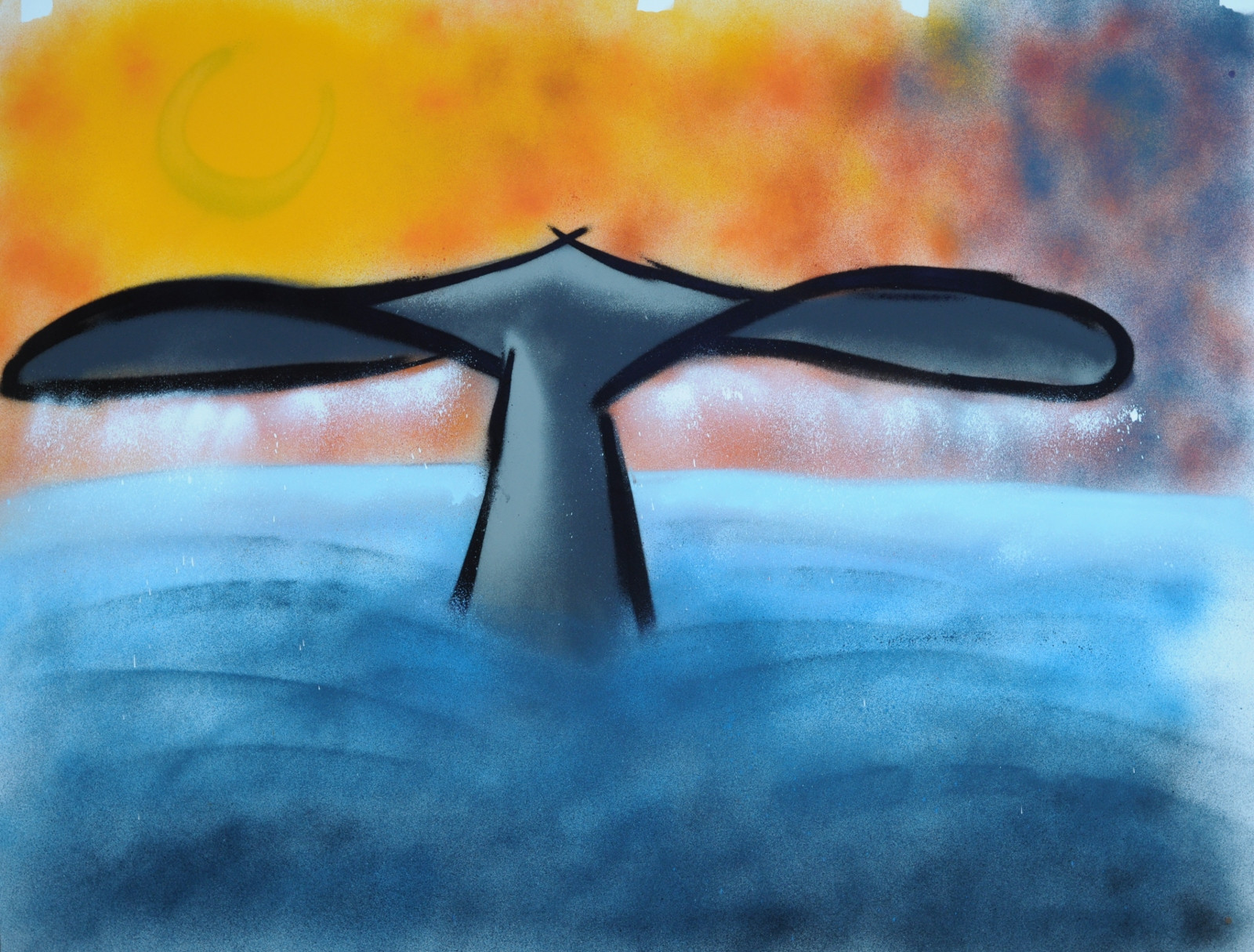 The physics behind is really hard (if someone understands it, please explain), yet basically what happens is that the linearly polarized light from the flash does not change its polarization when reflected directly (and not changing its colour), but does change the polarization (randomly) when passing the paint layer, getting colourized, and leaving the paint again, passing the polarizer on the lens.

Ah, and regarding colour. The above images are directly out-of-cam. DO use a grey card. Some polarizers tend to introduce a colour cast. My images taken at 5500 K (Camera setting) and flash are white. With polarizers, they are blue. You will notice that in the mirror, when searching for the correct angle, at the correct point the flash will look dark deep blue, as here (I love autofocus): 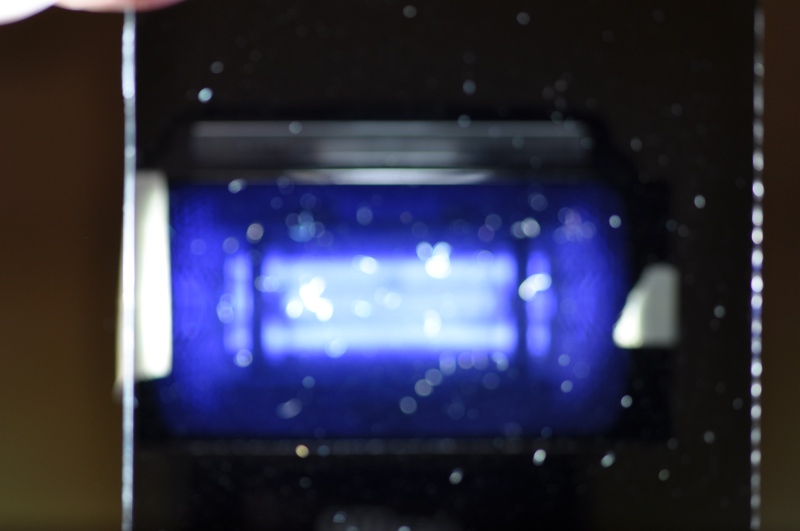 If not, then you are lucky and use very high-quality filters. In this case, please send me some :)

Position yourself at the right distance and so that you see your reflection in the viewfinder.

0
What camera and accessories do I need for taking photos of paintings made with acrylics?
25
How to fix uneven/gradient lighting on a canvas with white background?
14
How would I go about using my SLR to measure the 'greenness' of a photo?
13
What is the best way to photograph oil paintings with a film camera?
8
How can I keep lines straight when taking photos of my artwork for printing reproduction?
6
Lens for shooting paintings with Canon 550d
4
How do I prevent / fix out of square images?
4
How do I best take pictures of paintings?
5
Is Photography a viable option in creating digital copies of Painted Canvas, ready for high quality Prints?
6
Which image sensor format for photographing oil on panel?
See more linked questions

13
What is the best photographic editing tool for iPad?
5
Is Canon T2i and kit lens good for shooting (2D) artwork?
5
Recommendations for Photo Editing/Organization Software?
1
To get a really good photo, editing is necessary?
13
What is the best way to photograph oil paintings with a film camera?
0
Will my photo look good as a canvas?
2
What were the requirements to being a photographer 15 years ago?