How do I get my Sony A7 II to avoid over-exposure and look more like my Canon camera? 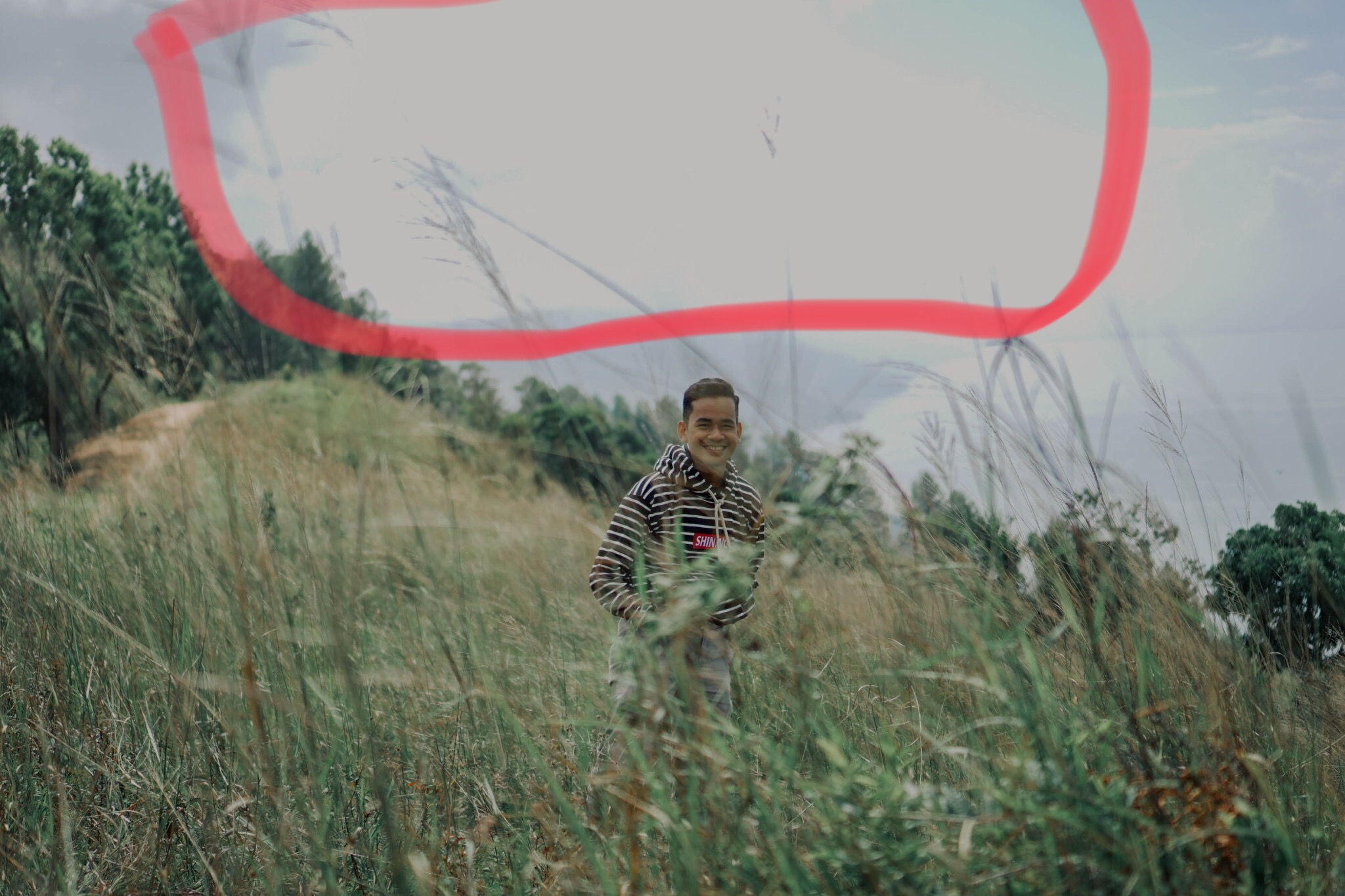 I have a question, I switched from Canon to Sony a while ago and I found out that if I shot bright places, like the sky, the cloud that is supposed to be seen clearly, looks like a blown-out highlight (like real crazy), as you can see on my picture. I have to set a low exposure just so the highlight is not blown out, and it’s only happening on Sony, not on Canon. On Canon the object is visible, but the background (cloud) is still seen all just fine. Do you guys know what to change on the Sony to get that good look? Is it the setting or the lens? (BTW, I’m using a Sony 35mm f/1.8 lens.)

Something odd is going on here. Here's the histogram for the lower image (since that doesn't have red drawn on it).

You can see that not only are the highlights not blown out, but there's actually not anything in the top 20% of the tones in the image. So, overexposure per se isn't the issue. (And per-channel histograms are basically similar.)

There's also no pure black — or very much in the dark range. This low-dynamic range, low contrast look is typical of "vintage-effect" processing. (Do you have anything like that chosen in the camera settings?)

I think the problem here is simply that the sky doesn't have a lot of detail because it's not in focus, and it's a bunch of bright cloud anyway. Then, whatever post-processing (or in camera profile) you've chosen kind of exacerbates the visual effect.

There are few factors at play here. The most difficult part in answering this is not knowing which settings you used on your Canon and which ones you are using now, so I'll give you a list of possible culprits and it will be up to you to find your own solution :-)

The generic thing to always keep in mind when it comes to camera differences is if you are shooting in RAW or in JPEG, 'cause if you are shooting in JPEG there are tons of factors in play and you should check each and every JPEG setting in both the camera. HDR, Shadow correction, Highlight correction, just to begin with. And anyway, when it comes to JPEG you are basically shooting what Sony think is the best image, not you.

Look at your picture: that sky is not blown out, otherwise it would be totally white; that cloud was blown out, and then the camera software corrected the blown out part to blend it with the rest of the sky. (and on the other hand, notice how the darks are really dark)

The second thing to consider is the camera exposition algorithm: when you take a picture of a scene the camera itself has to decide which way to go, which information to lose (if any); again, it's you versus the guys who developed the internal camera software. For example, after 3 years, I know now by heart that my lovely Pentax totally dislike blown up areas, and it's a struggle on 95% of the pictures to convince her that I really want to blow up some highlights. So maybe your Canon was less permissive, while the Sony is much more; this generated a big blown out area that it's then been corrected by the JPEG rendering process.

Finally, remember that no matter how the camera try to avoid to blow the highlights you still have a form of control through the meter area setting (or whatever it's called on the Sony). Take for example my Pentax while I try to take a picture like the one you posted: I'll get a really dark picture when metering for the entire scene, 'cause the camera will try to avoid any highlight and will underexpose most of the scene. I'll get a perfect cloud, and not much else :-D

So, conclusion: different cameras are, well...different. From the way they meter, to the exposure decision process, to the JPEG development, there are tons of things which can be different. Try to find the right metering for your camera for every situation, try to understand how your new camera behave (so you can use the exposure compensation setting to compensate -mine is always at +1 full stop), but first check your JPEG settings manual to understand why the camera washed out the blown out cloud. You probably have some setting called "highlight removal" or such.

Not the answer you're looking for? Browse other questions tagged exposure camera-settings sony-nex or ask your own question.

-2
Blown out highlight on sony camera

0
How quick are you able to set the exposure on the Sony NEX-C3 (or other cameras like it)?
3
How to get settings of Canon camera in auto mode?
0
Nikon D610 problems with over and under exposure
1
What could cause very underexposed photos in daylight?
14
How can I make these winter real estate photos look like summer photos?
5
How to set camera to get a tanned look?