Is the Cokin 173 filter just a backwards CPL?

The Cokin "Varicolor" 173 filter is a polarization filter of sorts that they sell for their various filter systems. Apparently its purpose is to provide some sort of polarization-dependent blue/yellow color shift, or to intensify certain colors from polarized sources (from what I've read, landscape photographers used them to intensify blue water, for instance).

Here's the thing, though: I have a cheap regular CPL filter (Altura branding) which visually exhibits a normal polarizing effect when looked through from the lens side, but, when looked through "backwards," shifts from blue through orange as it's rotated. This got me to thinking - is that all the Cokin filter is (linear polarizer + quarter-wave plate)? And if it is, is there some way I can fabri-cobble something to mount this on my lens backwards?

Is the Cokin 173 filter just a backwards CPL?

No. The effect is similar to mounting your polarizer backwards, but much more pronounced on the Varicolor filter.

Here is what my Hoya HD CPL looks like at 0° and 90° polarization angles, when oriented for correct mounting (male threads towards camera): 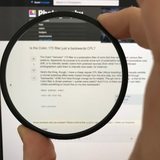 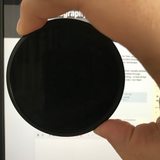 When I turn the polarizer backwards, here's what it looks like, again at 0° and 90° polarization angles. 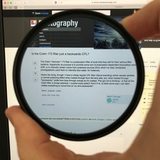 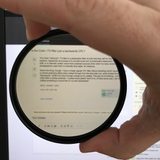 I don't own the Cokin Varicolor, but I have Singh-Ray's Gold-N-Blue polarizer (same effect). Here's the Gold-N-Blue filter at 0° and 90°, oriented for correct mounting: 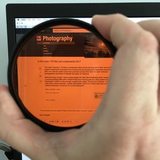 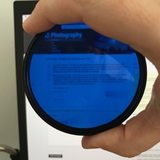 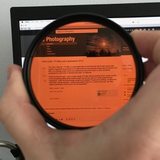 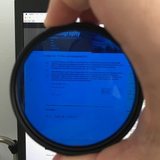 Not the answer you're looking for? Browse other questions tagged filters polarizer cokin or ask your own question.

10
Is it worth buying an expensive CPL filter over an e-bay cheap one?
2
What are the outer dimensions of the adapter rings for Cokin Z/Lee filter holders
0
Is my CPL faulty?
1
What Cokin Filter system do I need for my setup?
2
What size adapter ring do I need to mount the Cokin P Series filter holder on my lens?
1
Vignetting after using circular polarizer and cokin system
1
Cross-polarization with multiple lights, multiple cameras on large objects in 360
4
What happened to this CPL filter?
0
Care of CPL filter: is this a fungus?