What makes the shutter/mirror louder on a Canon 77D than on a 200D/SL2?

I've just upgraded from a Canon 200D to a 77D and immediately noticed how the shutter is much louder. At first I've thought my model is defective, but the sound recordings from The-digital-picture.com (77D vs. 200D) make it obvious that the 200D is indeed much quieter.

What's the reason behind this? How are the mirror and shutter different on the seemingly better model?

The majority of the sound we hear when we take a photo with an SLR, either digital or film, is not from the shutter mechanism. It is from the cycling of the mirror. I strongly suspect that when comparing the sounds of the EOS 77D to the EOS Rebel SL2/200D the difference is in the mirror and the way it is driven, rather than in any difference between the shutter assemblies in the two cameras.

The replacement part number for the 77D shutter assembly is CG2-5514-000. As can be seen below, the springs are fully enclosed in this shutter design. 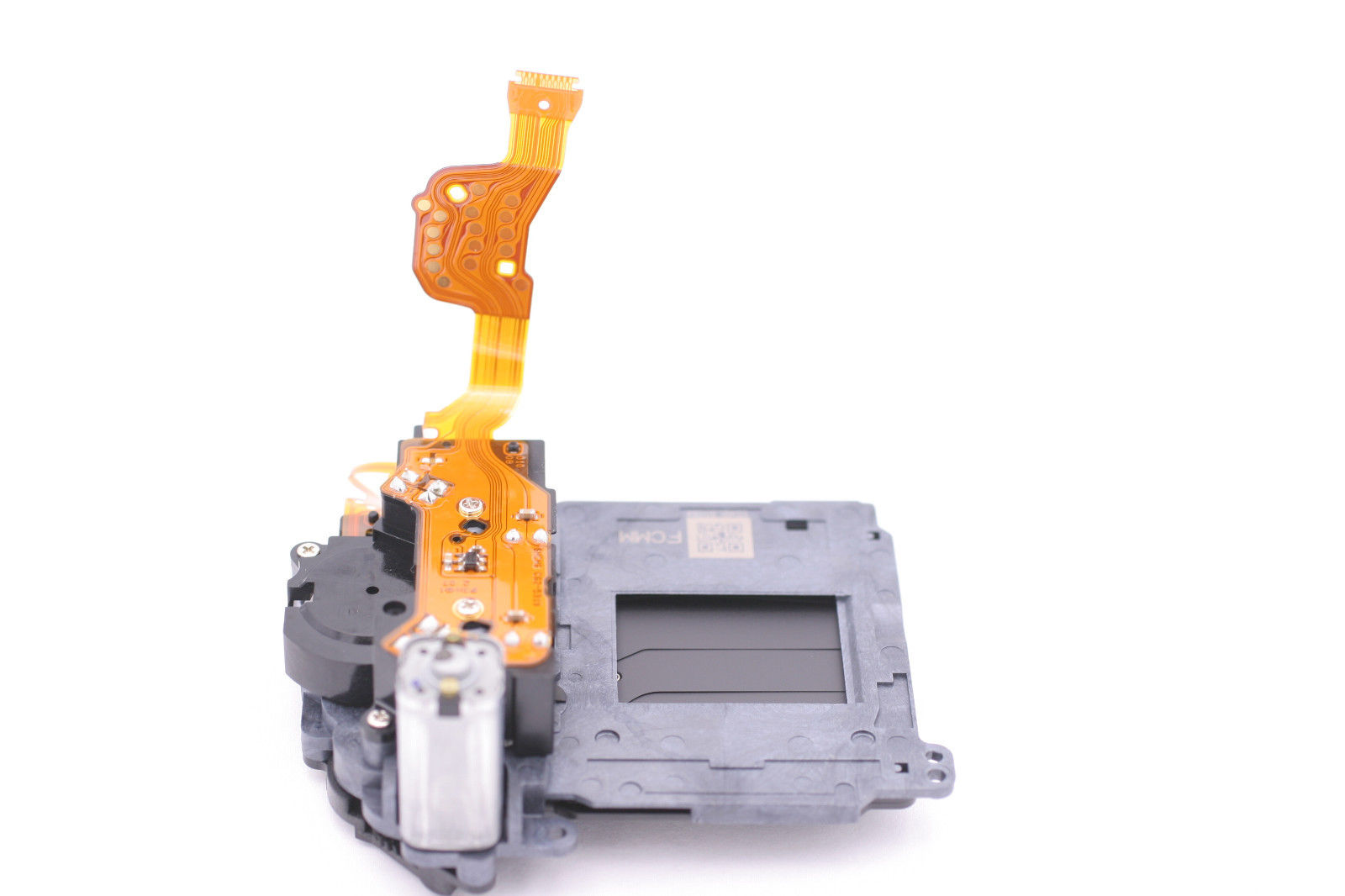 The replacement part number for the Rebel SL2/200D is CG2-5558-000. The springs are not enclosed in this shutter design. 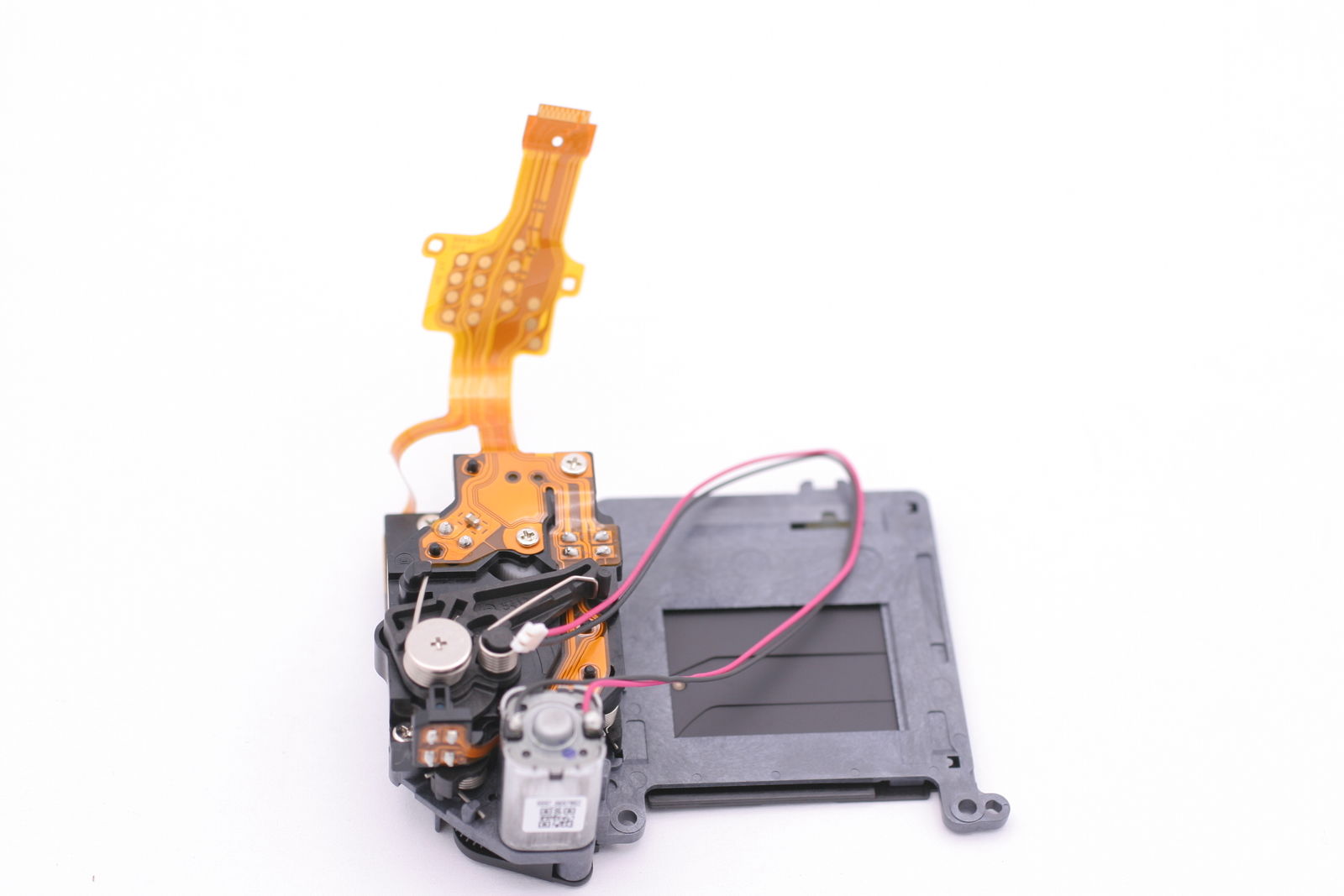 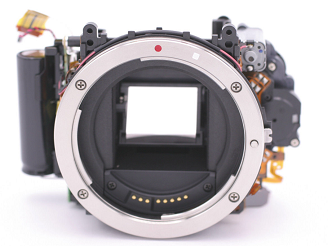 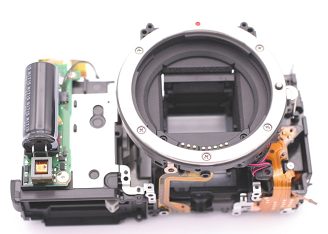 We can look at the comparative specifications for the two cameras for other clues:

Since the shutter transit times, as indicated by both camera's X-sync speed of 1/200 sec., are the same, the difference between the 77D's 6 fps and the Rebel SL2/200D's 5 fps is in the speed at which the mirror is cycled. A faster mirror probably also includes a more robust assembly to allow it to absorb the higher inertial forces involved with a faster mirror. This accounts for most, if not all, of the difference in sound between the two cameras.

In addition to the slower 'Silent shooting' Drive Modes offered by the Rebel SL2/200D, either camera can be used more quietly by shooting in Live View mode which keeps the mirror locked up during and between shots.

No one but Canon can tell for sure, but here are my two main assumptions:

Let me elaborate. Lower end DSLRs are designed with some compromises (which the target user group won't mind anyway) - in this specific case it's (as noted above) mirror blackout time and frame rate. Mirror blackout time is simply put the time from pressing the shutter and the mirror raising to when you can see through the viewfinder again (after the mirror returns to its normal position). If you move the mirror slowly enough, you can damp the movement and reduce the noise it makes, but if you aim to reduce blackout time, you introduce noise. Same argument goes for the frames per second the camera can take 5 (200D) vs. 6 fps (77D) - although not a significant difference in this case, the faster the camera shoots, the more noise it will make (assuming similar design).

Not the answer you're looking for? Browse other questions tagged canon sound or ask your own question.

2
What is the noise my Canon 100mm macro makes when image stabilization is enabled?
8
What is the “pop” sound a flash makes when a modifier is held close
3
Why is my Metz 58 AF-2 using long shutter values when my Canon 60D is in Av mode?
3
Why is the Canon Digital Rebel XT so loud?
0
Disassembly and troubleshooting of Canon 450D - screeching sound, suspected mirror/shutter motor malfunction
0
Can I power Canon 77D with an external power supply other than the official AC-E6N?
0
Canon 200d/SL2 real time metering
3
How to shoot nice shots in indoor nightclub?