Is this an ISS capture?

I am not sure my question is on topic but I am going to fire it likewise.

I was wondering about the straight line captured in the picture posted at the bottom left side. 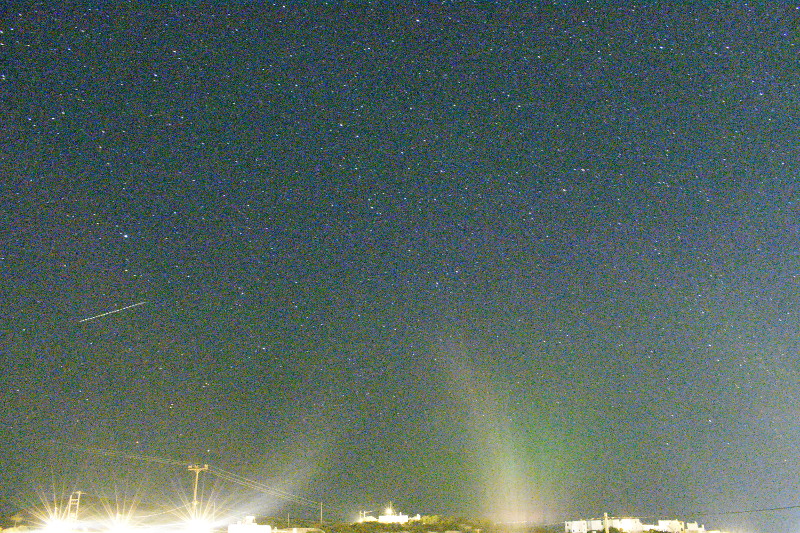 If not mistaken, I 've seen some similar pictures before, it must be the trail of the ISS station.

For instance posting the picture in astrometry.net doesn't quite work and I can't locate the ISS path at that date and time (21/08/2017 2:00am EST, SW sky as seen from Paros island, Greece).

Can I verify somehow this is actually the trail of ISS?

It is most likely to be an aeroplane. The image isn't very clear, but the line looks slightly dotted, indicating that it may be the flashing white light on an aeroplane as it's passing over during the exposure.

As far as I know, the International Space Station doesn't appear to regularly flash like this. The only time it would appear to flash is if the sunlight happens to reflect off one of the solar panels, but it's unlikely to be repeated consistent flashes.

How long was the exposure on this photo?

As the others answered, it's not the ISS, but I wanted to answer about the posibility of it being the ISS anyway.

At first I thought it can't be the ISS, because I like to observe the ISS at night and it's moving much faster than in your picture, but then I made some more precise calculations.

You could always go to http://www.heavens-above.com/ and set the proper location, date and time and use "Daily predictions for brighter satellites" - it works for past dates.

It could possibly have been Cosmos 1844, which was passing through Sagitarius, low in the SW, and tracking in the direction indicated by your photograph, at about that time (midnight UTC). The Ariane 5 rocket booster was also in the area, but not tracking in the direction indicated by your photo. Unfortunately, I am not skilled enough to identify the constellations in your photograph. Alas, the ISS was nowhere to be seen over Europe when you made your exposure. If you install Stellarium and set up your coordinates, you will be able to predict and watch satellite transits on your computer.

Even if the object in your photo was an aircraft, Stellarium is a very useful tool for an amateur astronomer, and great fun to use. Using Stellarium, I was able to predict an ISS transit over the UK, went outside, and to my great surprise, I saw the ISS chasing one of the last Space Shuttle flights across the sky. Of course, professional astronomers (and serious amateurs) use software like Stellarium to avoid satellite transits. 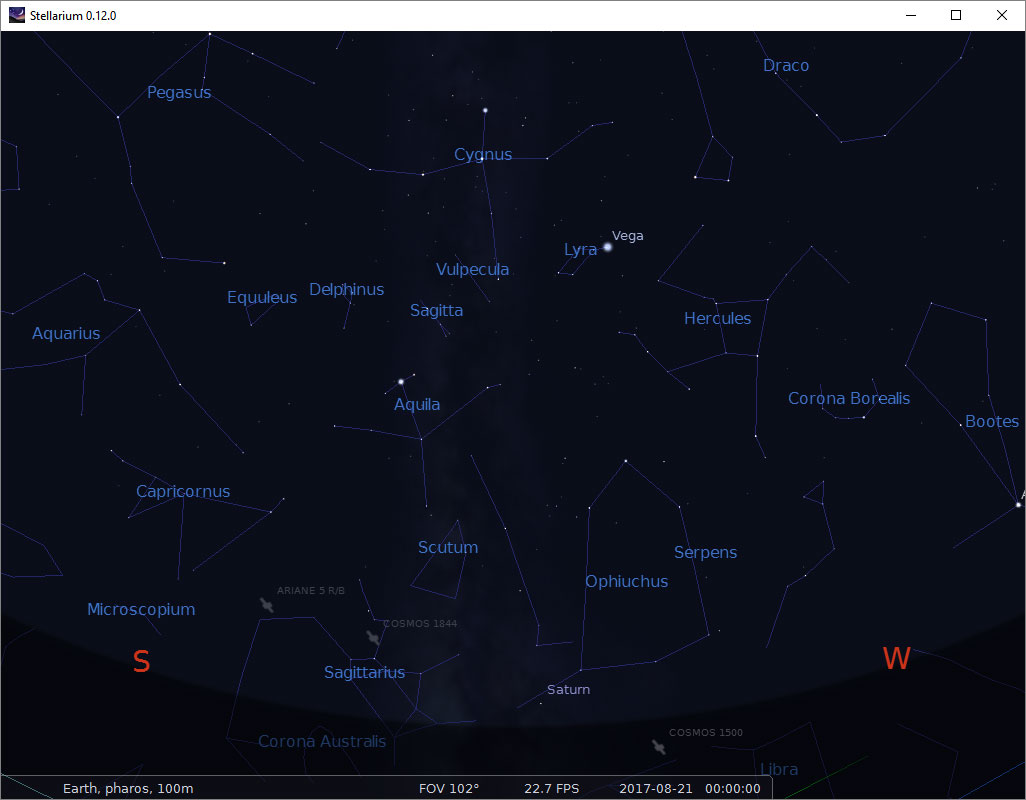 Not the answer you're looking for? Browse other questions tagged nikon astrophotography iso or ask your own question.

8
What technique and settings should I use to capture meteor showers?
35
How do I capture the milky way?
8
How can I capture earthshine?
2
What lens and setting to take ISS photo?
22
How to capture more stars?
0
Is it possible to capture the Milky Way with a planetary camera?
1
Optimal settings for video capture in front of large digital whiteboard
9
Why is the earth not overexposed in this star photo from the ISS?