Why is my external flash (speedlight) not working on-camera?

The external flash is Neewer Speedlight NW985. The only mode which is working is the wireless one where flash is triggered by in-camera flash.

What I can do to make the flash working? Is OM-D compatible with any hot-shoe flash or not? Which flash should I get if not? Or is my camera just broken? (It is possible, I bought it on ebay)

Also it's interesting that in the moment I connect flash into hot shoe of my camera, it fires. Is this normal?

I am total flash-newbie, please be patient. :-)

The flash foot has one large center pin which triggers it, the same on all brands, and about 3 or 4 smaller pins that are dedicated to the camera brand it is made for. Every brand has different pin arrangements on the smaller pins. Any automation or communication certainly has to be the right brand model.

I experienced this exact issue on my EM10-iii and it turned out to be mechanical in nature. In my case, I was trying to fire a Yongnuo YN560-III and a RadioPopper JRx, the first is a low-voltage flash the second is a low-voltage radio trigger. Both only have a single center pin. 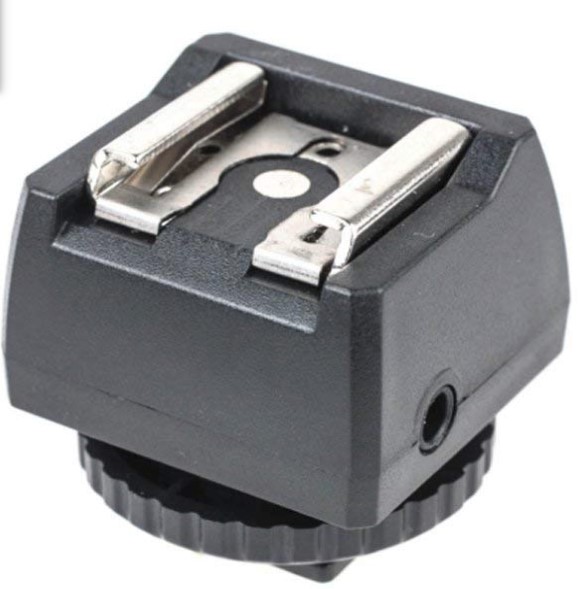 It also has a plastic base instead of metal. Under suspicion that this was shorting the other 4 pins, I tried taping them off but the problem did not change. Also to note, I use these accessories on my Canon all the time and it also has the 4 extra pins for TTL and I don't need to tape those of. It's absolutely impossible for the center pin of the flash to touch anything but the center pin on the hotshoe due to the guide-rails.

What I can do to [get] the flash working?

Take it out of slave mode.

The only mode which is working is the wireless one where flash is triggered by in-camera flash.

This means that your flash is in a slave mode. That tells the flash to ignore any signals on the hotshoe, and to listen to either an optical sensor (if it's an optical slave mode) or the internal RF receiver (if it's in a radio slave mode on a flash that has this; your Neewer doesn't).

When you try to use a flash on a camera hotshoe, it has to be set to "listen" for signals on the hotshoe, and that means being out of any off-camera slave modes.

Is OM-D compatible with any hot-shoe flash or not?

It is and it isn't. It's fully compatible with any four-thirds flash if you want TTL/HSS and camera/menu communication.

But it's also partly compatible with any ISO-compatible flash if all you need is to fire the flash in sync with the shutter. But with this type of operation, you can't do anything else from the camera. You have to manually set the power level, you can't use TTL or HSS, or change any settings on the flash via the camera menus. It has much more limited usefulness.

As far as I can tell, that Neewer model only comes in Nikon and Canon flavors, so on a micro four-thirds camera, you won't get anything but firing in sync, because the camera hotshoe isn't speaking the same language (electronic signal protocol) the flash understands.

Which flash should I get if not?

If you want full TTL compatibility, you need to look for a flash that's compatible with Olympus/Panasonic (e.g., an FL-600R/FL-360L [same flash, made by Panasonic, rebranded by Olympus] or a third-party flash (e.g., Godox, Nissin, Metz, Meike, etc.) that does Olympus/Panasonic TTL.

Also it's interesting that in the moment I connect flash into hot shoe of my camera, it fires. Is this normal?

If both the camera and the flash are on, yes, this can happen. The firing signal is a simple short between sync and ground. As you slide the flash in, the sync pin can hit a "live" connection, and that will fire the flash. You should have the flash turned off when you put it onto the hotshoe, and only turn it on after it's been secured in place.

I was having the same issue with my Panasonic GX9 and my Neewer Speedlite NW320. All you have to do is turn off the silent mode for your shutter. Once that is done - your flash will work - at least that's what worked for me.

Not the answer you're looking for? Browse other questions tagged flash hotshoe-flash olympus or ask your own question.

20
What features should one look for when selecting a flash?
11
What does an expensive flash unit buy over a cheap one?

1
Canon EOS 1300D does not fire studio flash via sync cable on hot shoe adapter
0
Why does my on-camera Speedlite not fire?
0
Why are external hotshoe flashes firing early in PTTL mode and not at all in manual on my A6000?
3
Why aren't my strobes and speedlight in sync, and how can I fix this?
3
"Photographs cannot be taken" with manual lens and wireless triggers with off-camera flash
1
Fuji X-T2 troubleshooting: On-camera flash fires only once
1
ISO and aperture not syncing with flash over wireless triggers
3
Old-fashioned hot shoe flash does not fire on my Lumix G7