(film) What can cause blue vignetting on sub-exposed or dark shots?

I recently purchased a 70's-something Canon AE-1 and started experimenting with film. I was using a Kodak Ultramax 400, and took some night shots hand held at 1/30 with a 50mm f1.8 lens. Those shots came out like this (take note of the blue vignetting on one side): 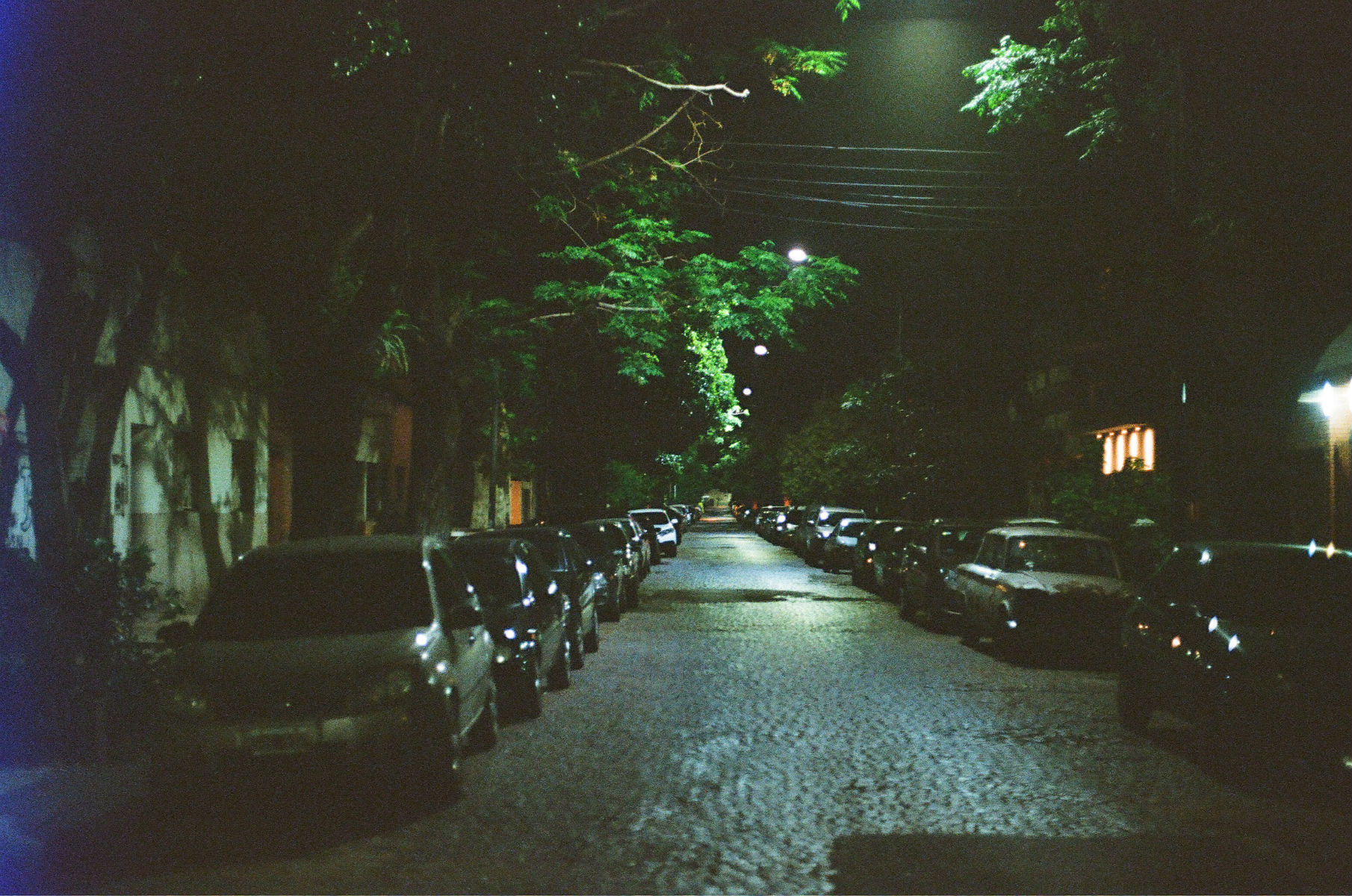 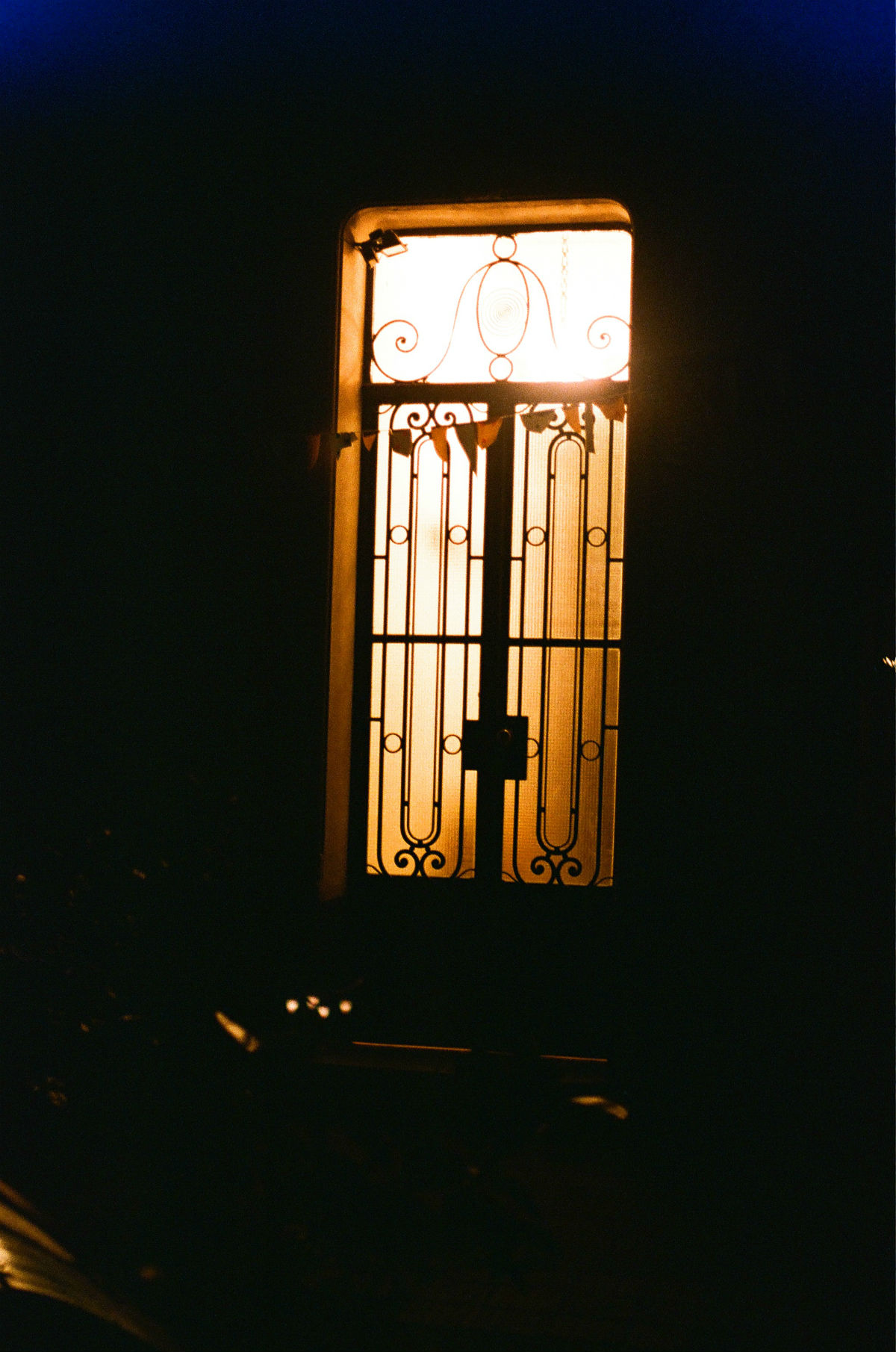 The camera is not in perfect shape (being 40ish years old, working order is already good shape). The light seals of the back cover are destroyed, but anyway the only pictures that have this defect are the dark-ish ones, and both where taken back to back (so the film dind't have time to be damaged by broken light seals, I guess). Daylight pictures does not show this defect. I'm trying to rule out possible causes to prevent this in the future. Some things to consider:

I'm trying to rule out if this is a normal issue with film, or if it's there something damaged on the camera or lens. Or if this has to do with the film ASA.

As requested by @meklarian, I took a picture of the interframe: 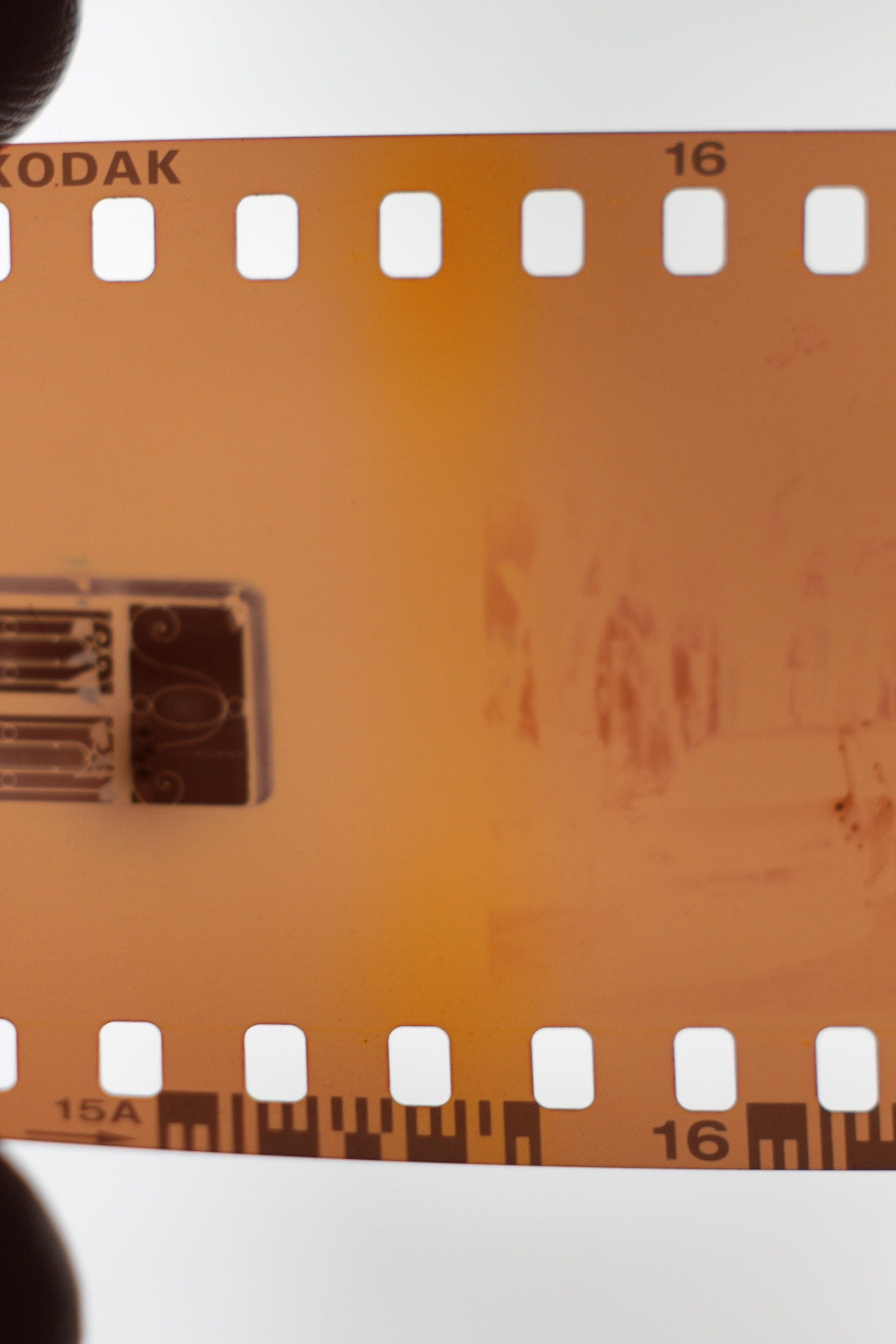 Based on the following evidence:

The bad seals of the camera let the outside light affect the film. Looking at the shape of the stain, I think it is the hinge seal. Besides, is the one that is less protected in comparison of the rest of the back cover borders, which have a light trap.

Not the answer you're looking for? Browse other questions tagged canon film 35mm 50mm kodak or ask your own question.

3
What are the factors that cause colour shifts in cross processed film?
5
My 35 mm film is not rewinding into canister — was the roll even used?
4
Are my pictures ruined if I opened the camera back with film inside?
2
Why did only the last picture I took actually come out when developing a 35mm film roll?
2
Got back my film - Nikon FM2 missing shots, blue marks, what happened?
0
Pink and green lines on shots
3
Black corner on pictures
2
What is the cause of this very grey film base?
5
First film roll just got developed and all my pictures have a white fog on them?
1
Film scans came back very blue