How do you remove netting from the pictures?

I shot some pictures from a hockey game and there was a safety net in the way. Is there a way to make it less obstructive? 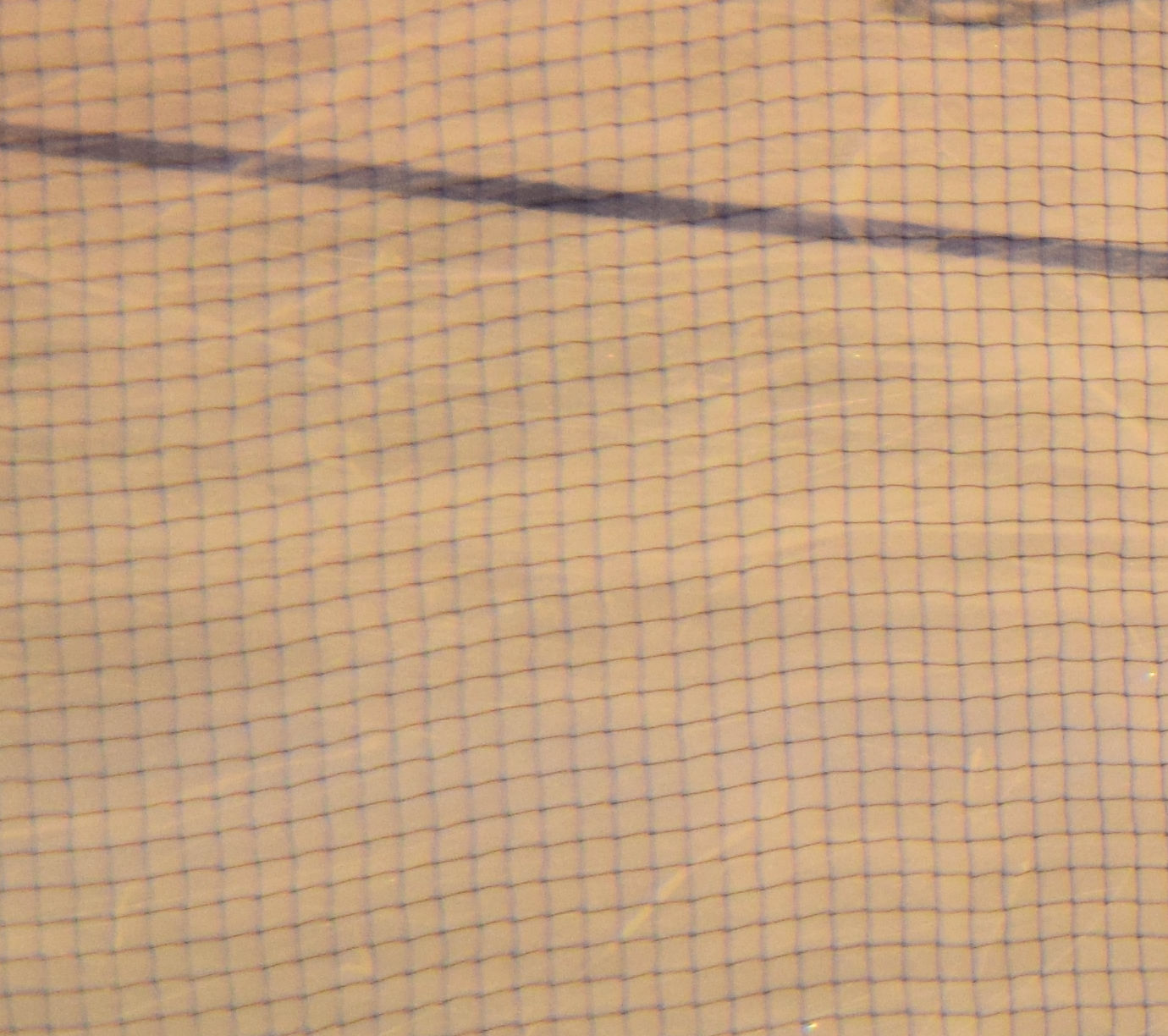 In post processing there is a way to try. Whether the result is less obstructive or not depends on your personal viewpoint, patience, skill and luck.

In the fourier transformed image you look for bright near regular patterns of dots and replace them with a small circle filled in the average background color of the fourier image.

You'll see loads of these in an image like yours.

When you've patiently done your work on the transformed image you then apply the inverse transform.

The final image will look like the netting was partially removed.

An example is shown here : 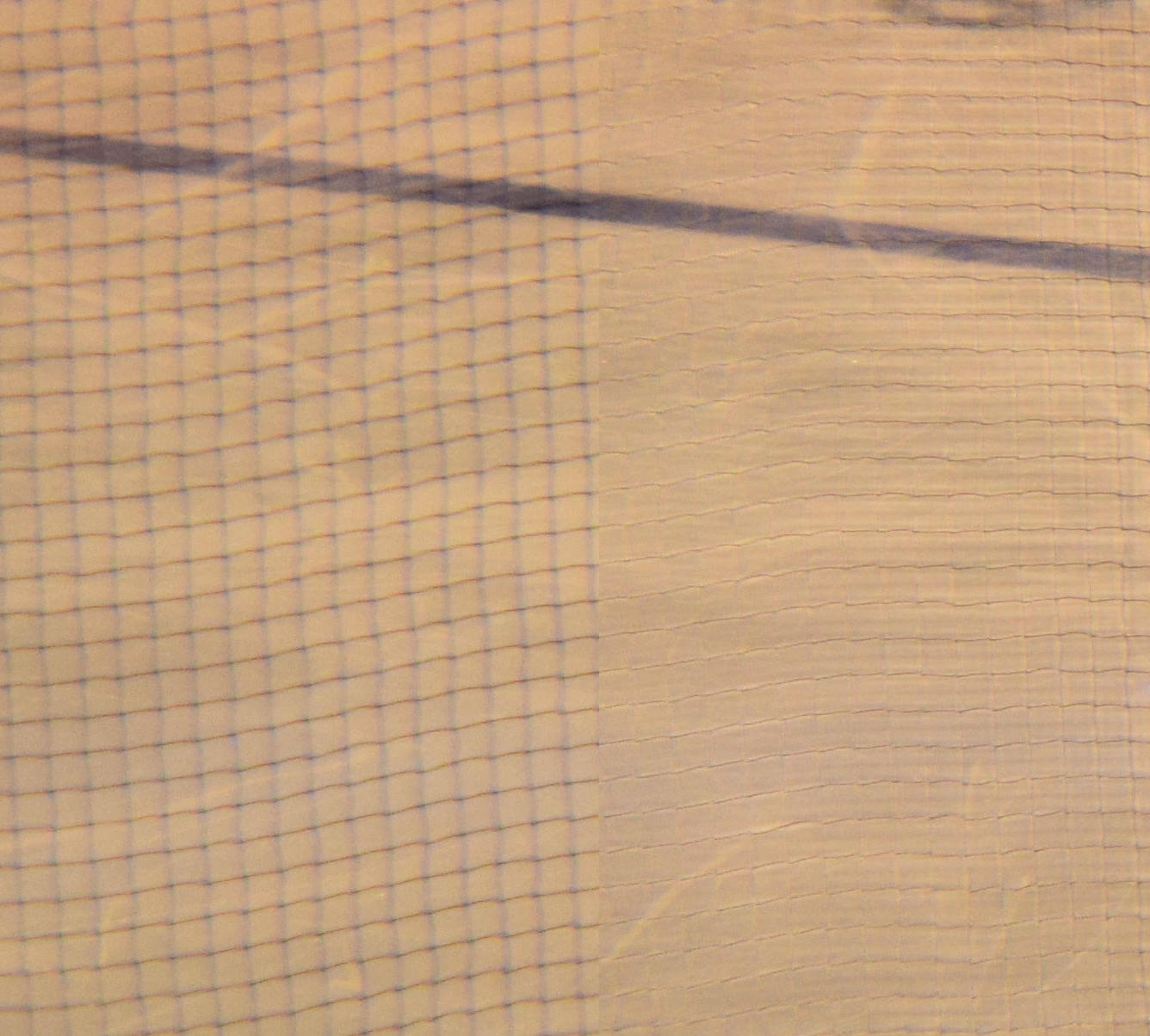 This was a quick attempt, but as you can see, while it does reasonably well at removing the netting, it also adds it's own artifacts. Whether these are more or less obstructive than the original is your own view.

When you transform the image you'll end us with this sort of thing (note I've done some of the corrections to this to show you ). This is a crop of teh transform of your own image : 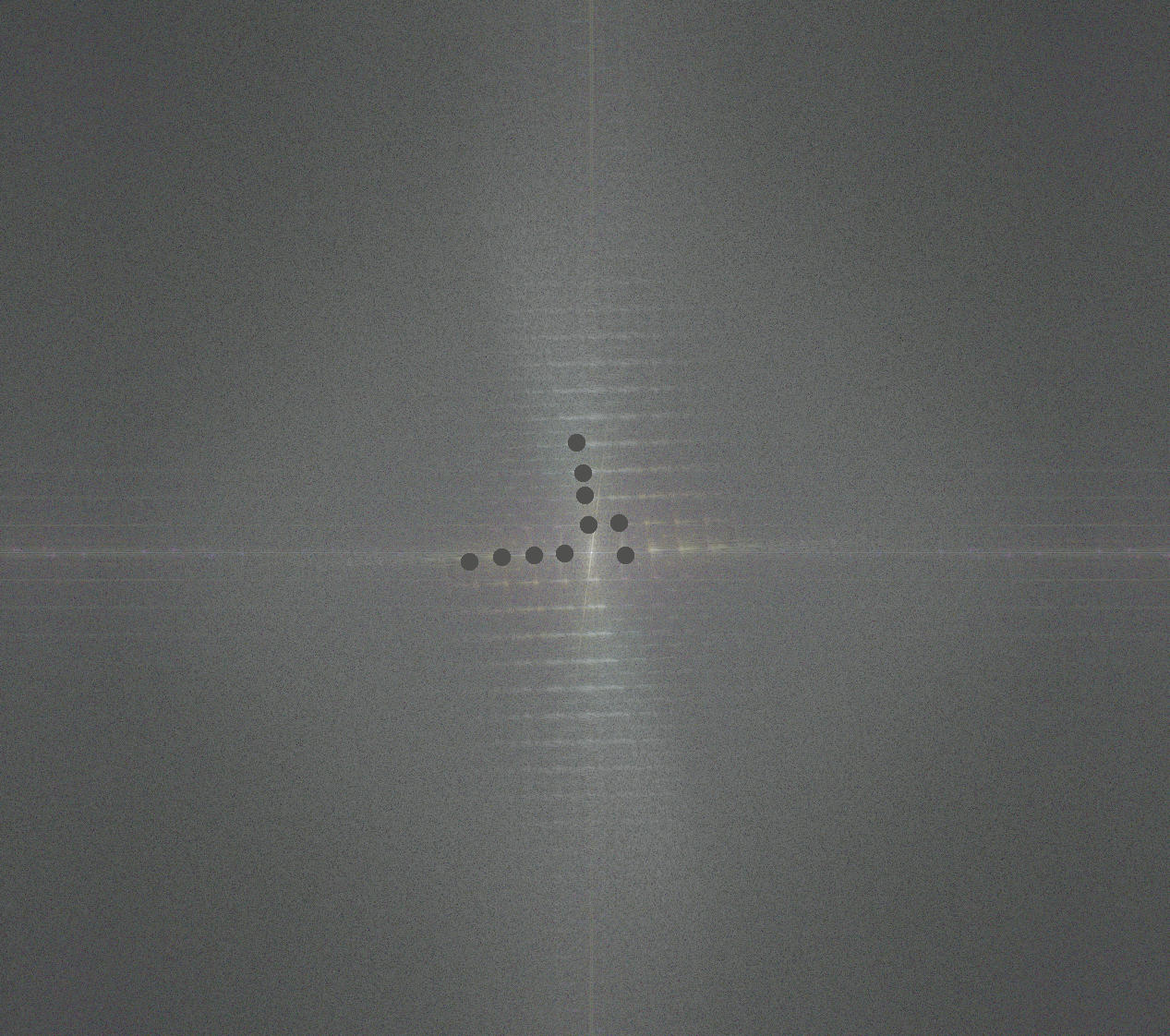 You really can't after the fact. Using a telephoto with a -really- wide aperture might throw the netting out of focus enough to be unnoticeable (I've done this with animals at the zoo) but with the netting relatively close to the subject I think you're SOL...

Not the answer you're looking for? Browse other questions tagged post-processing sports object-removal or ask your own question.

13
Can post-processing save these pictures? (shooting through mesh netting)
9
How to get focused pictures for action shots?
0
How many pictures per play should I take in outdoor sports?
5
How to remove objects from photo
2
How can I remove the hair on the sensor from this picture?
0
How do I remove "magenta clouds" from digital pictures using Photoshop?
1
What is the easiest way to take a shot to remove the background?
1
Hockey photography lenses