Sheet negative holders - How to ensure a negative is level?

How do folks avoid this? 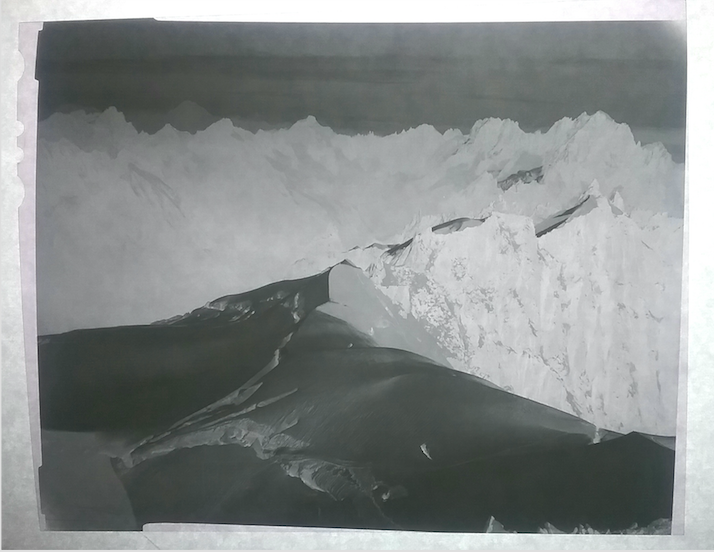 Cut film holders have a bit of "play" to allow the film to slide into the holder with the minimum of force. They are engineered this way.

The dark slide is then inserted which holds everything securely in place.

When the film holder is put into the camera back and the slide is withdrawn for the exposure, the end-flap is then held closed by the camera back which, in-turn, clamps the sheet of film in place.

After the exposure is made and the dark-slide is re-inserted, the holder can be removed from the camera back with the dark-slide holding the end-flap tightly closed.

This is normally sufficient. The clearance is slightly less than the thickness of the film. A vice-like grip isn't necessary.

For example: Very lightly tap the holder to ensure the film has smoothly dropped into the holder. When the sheet is squarely seated, close the end-flap to hold the film sheet in place.

When it is more of an issue, such as for technical requirements, a vacuum-back is used which sucks the air out of the space pulling the sheet of film flush with the film holder back so there is no gap.

EDIT: Here's how to diagnose the source of the alignment problem:
Examine a problem negative.

If the clear film holder guide marks are parallel to the cut edge of the film as shown in example 1, it indicates that the film was in the holder correctly. It also implies that the holder, camera back, camera, etc. was not parallel.
Your set-up was problematic rather than the film position due to film-holder tolerance.

I've seen the type of 'skewing' that is in your negative on occasion with some of the older film holders I have. You can lightly tap the bottom of the the film holder a couple of times before sliding the holder into the camera. This ensures that the film is seated in the holder in a level manner. Ideally you'd be loading the film in straight and the holder keeps it that way, but older holders might not be holding on to the film as tightly as they once did.

If this is an issue with a few particular holders letting the film slide around a bit inside, you should consider just replacing them. You've got enough things to worry about when you're shooting, you don't want to have to worry about if your equipment needs to be babied along.

17
What are the advantages and disadvantages of negative film versus reversal film?
17
Why does colour negative film have an orange mask?
1
How do I produce a black negative?
3
Is it still possible to purchase 220 and 10×8 sheet film?
5
Green Fog in Color Negative Scan
2
How to store exposed sheet film
3
How to keep sheet negatives clean in storage?
1
How to include emulsion style thin border during film negative scan?
2
Printing negative into paper versus Lightroom processing
2
How to calculate the ISO of colour negative film