How to achieve pictures filled with light like these?

I would like to know how to achieve the effect of highly exposed pictures filled with light like the ones presented below: 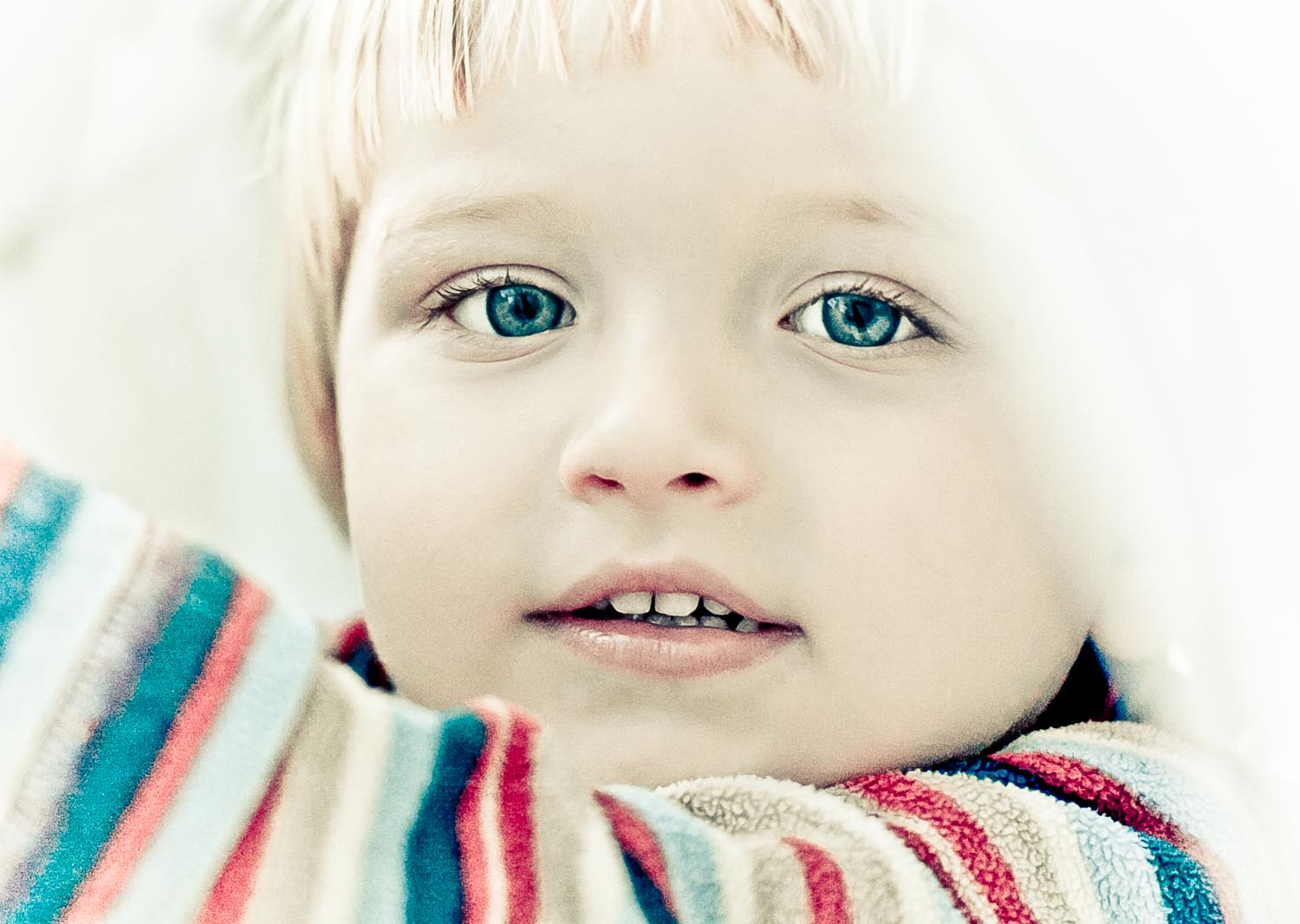 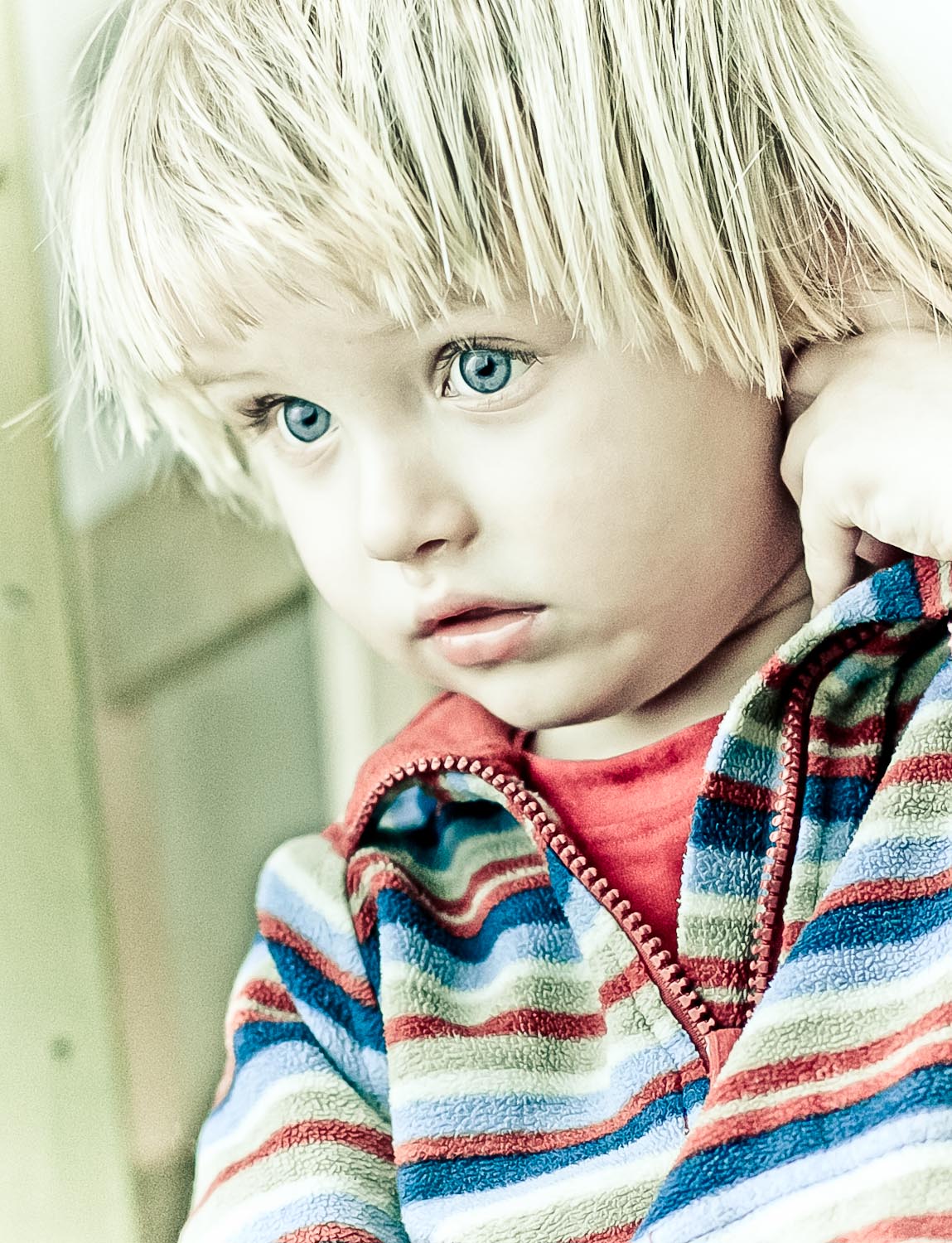 Is this possible using camera only, or do I need any additional light sources. What about post-processing, can I adjust pictures in LR or Camera Raw to get such effect?

Any advice or tips are welcome.

This is known as a high-key photo, which basically means it is brighter than usual.

The simplest way to go in that direction is to add positive exposure compensation to make the whole thing brighter without overexposing any important areas. Some cameras have a high-key mode that helps or you can tweak the brightness parameter (may be called differently depending on your camera brand).

This most likely won't get far enough. If you look at the darker parts of the images you linked (which are NOT really dark), there is a lot of noise. This suggests that the photographer increased the levels (Depending on the software: curves, shadows, fill) to bring what was originally very dark to a moderately bright level.

What you must do is make the darkest parts more-or-less midtone and the brightest parts as high as you can. This will result in a low-contrast image where most tones are bright. After that you may want to adjust color saturation as generally brightening an image results in a decrease in color saturation. It is easier to make those adjustments in a software which has curves or a histogram which you can manipulate. Lightroom and Photoshop have this.

While others have touched on it, I think it's worth emphasizing that these (especially the first two) have pretty clearly been modified heavily after being taken.

Don't get me wrong: You can certainly do high-key lighting without doing post-processing. For example, this has essentially no post-processing at all: 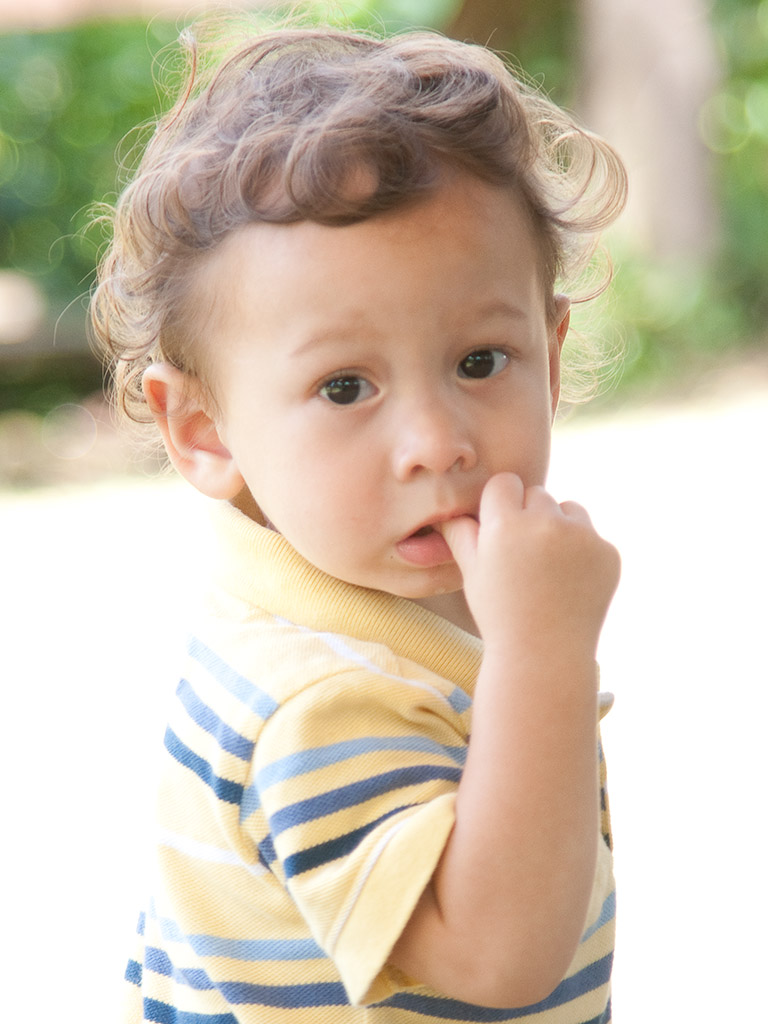 Also note, however, that it doesn't look much like the pictures you posted. Most of the difference between something like this and the pictures you posted is going to happen primarily in Photoshop (or Gimp, etc.) Based on the amount of noise in the shadows of those shots, I'd guess the shaded parts of the face actually started out considerably darker than they are in this picture.

Just for example, however, I doubt that it's possible to get eyes that look like the pictures you posted (at least the first and last pictures) just with lighting. Eyes just don't look enough like that to get that effect with lighting -- you need to do heavy-duty post-processing to get them like that. Just for one example, the whites of real eyes aren't really that white, and while lighting can/will affect it to some degree, you can only get that by modifying the picture.

If I had to guess about the post-processing that was used, I'd say they de-saturated the green a lot (e.g., look at the green/grey stripes on the jacket), and the red somewhat less, but still quite a bit (e.g., the lips and red stripes on the jacket). Based on the washed out skin/hair, and considerably more saturated colors in the jacket, I'd guess they used the "vibrance" and "saturation" sliders in ACR (or something similar) with the "vibrance" set to something like -20 to de-saturate all the areas that started out with low saturation, then turned the "saturation" slider up quite a ways, to get a rather sudden transition to much more saturated after the original saturation exceeded a certain level (so the saturation of the skin, for one example, is reduced, but of the jacket is probably increased).

To me, they look like a mix of increasing exposure, brightness and tweaking the color saturation. I'd try moving these around until you start to get the desired effect. They also seem to have a soft focus filter applied. There may be a free LR preset available to achieve this as well.

I would not try to over expose too much on the camera, maybe +1 exposure but no more. You don't want to burn out the image so much that you can't make adjustments in LR.

Besides the exposure settings you'll have to manage and the post-production adjustments you'll have to make, though you may have to wrestle with only one or the other, not necessarily both, you should realize that your first and most fundamental task is to arrange an effective composition. Use a white background, keep it out of focus, make sure your subject has accents or elements of high saturation or value. These will emphasize the brilliance of the white or paleness that you want to capture.

With the composition properly devised, you should also mind your lighting. Even if you want to shoot in natural light, you can still arrange it so that the light falls very strongly on certain surfaces. If you have a flash or a lamp, you should use them to emphasize and brilliantly illuminate just the surfaces you want to make white or pale and leave the rest normal, that is, relatively dark. Finally, you're ready for setting your exposure. Depends on the medium, of course. You're not shooting film, are you? It depends on your situation, but, I'd guess 2-3 stops under to get this sort of white.

With all this, you can likely do this in the taking of the photo, and not afterwards in post-processing. Even in the analog days of yore, however, there was plenty to be done in post-processing, in the developing and in the printing. Indeed, darkroom skill was in those days just as indispensable as skill with a photo editor today.

Not the answer you're looking for? Browse other questions tagged exposure light high-key or ask your own question.

2
Consistent image exposure using Canon AV (aperture priority) setting for artwork
6
What ISO do I shoot Ilford Delta 3200 in?
3
Nikon d5100 producing extremely underexposed images
0
How can I achieve this 'pure white' skin effect?
16
If I want to shoot darker shots, is it better to increase the lighting and then darken in post to retain clarity?
3
How to shoot bright purple lights against an overall dark scene?
0
Finding the best balance between ISO and exposure
3
Why are specular highlights sharp when focusing on close object?
10
Why would using higher ISO and faster shutter speed yield more noise than using lower ISO and slower shutter speed?
1
Dark images problem (low exposure) with canon 650d