Is there any way to automate the process of taking HDR sequences?

I've recently bought a Canon 200D which has an integrated HDR mode and unfortunately it is quite disappointing: you cannot tune it in any way and the results can only be saved to a JPEG. I've been trying to take sequences manually by switching to TV mode and moving the wheel between each shot, but it's a slow process and shadows/people can change by the time I'm finished.

Is there any way to e.g. write a script that would tell the camera to go ahead and take a sequence of photos with increasing shutter speed? Perhaps some sort of an external device that can send the right signals to the camera?

Lookup exposure bracketing in the manual. (Sorry, I don't have a 200D manual handy at the moment.) This is what you want. It is implemented on just about every Canon DSLR, if not every one. It's typically found in the menu options related to exposure.

Is there any way to e.g. write a script that would tell the camera to go ahead and take a sequence of photos with increasing shutter speed?

Yes, there is. In fact, Canon has already written such a script and included it in your camera's firmware. It's called Auto Exposure Bracketing. Instructions on how to do AEB can be found on pages 176-77 of the EOS Rebel SL2/EOS 200D Instruction Manual. 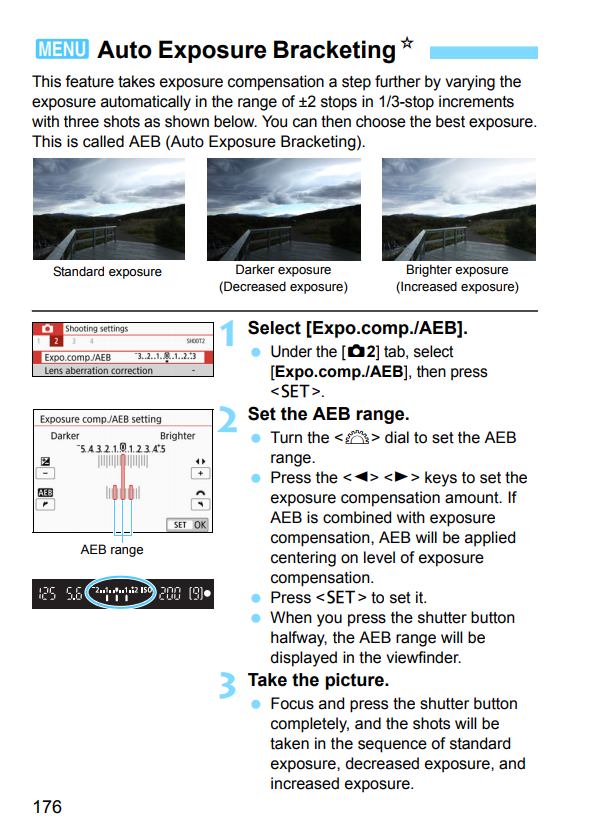 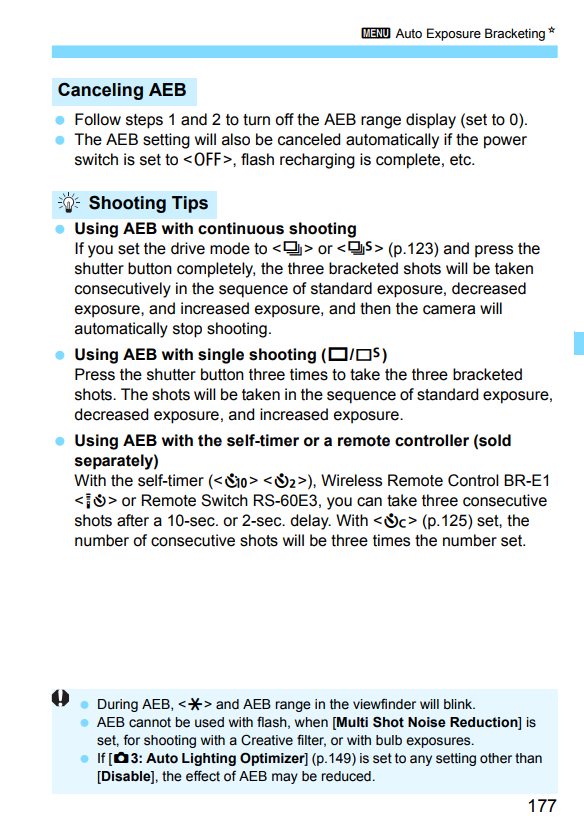 By default, the camera will take the middle exposure first, then the dimmer one, then the brighter one. Some Canon cameras will allow you to alter the sequence order to dimmer, middle, and then brighter but your 200D does not appear to have that capability. Other models also allow for more bracketed exposure frames with a wider range between each one.

For best results when bracketing with the intent to do HDR, save the files in raw format. You'll get a wider dynamic range from your three shot series set at a maximum of two stops apart. You'll then need to use an application on your computer that can do HDR processing to combine and tone map the frames. Canon's Digital Photo Professional included with your camera includes an HDR Tool.

1
Can the 5DS-R take more than 5 bracketed shots spaced by 3 EVs?

8
Is there always a way to capture all the light ranges to get good HDR images?
3
Is there an HDR Equivalent of AutoStitch?
3
What free software can batch process HDR images?
3
What is the iHDR process?
6
Is there any reason to take 3 RAW/JPG images to get most from HDR?
1
Taking multiple shots in Nikon HDR mode
2
How can I batch process HDR images in Lightroom?
4
Why isn't there an automated HDR bracketing mode?
3
Automatically merge all HDR sequences in folder in Lightroom CC Classic