First off, I understand that there is another thread with a similar question but mine is slightly different. I have a Nikon D80 and all of a sudden these black dots appeared on my photos. Quick google search led me to believe that there was dust on the image sensor, so I purchased a blower and tried my luck. However, while cleaning and testing I found that the specs disappeared when I removed the lens. For example,

This is the image without the lens 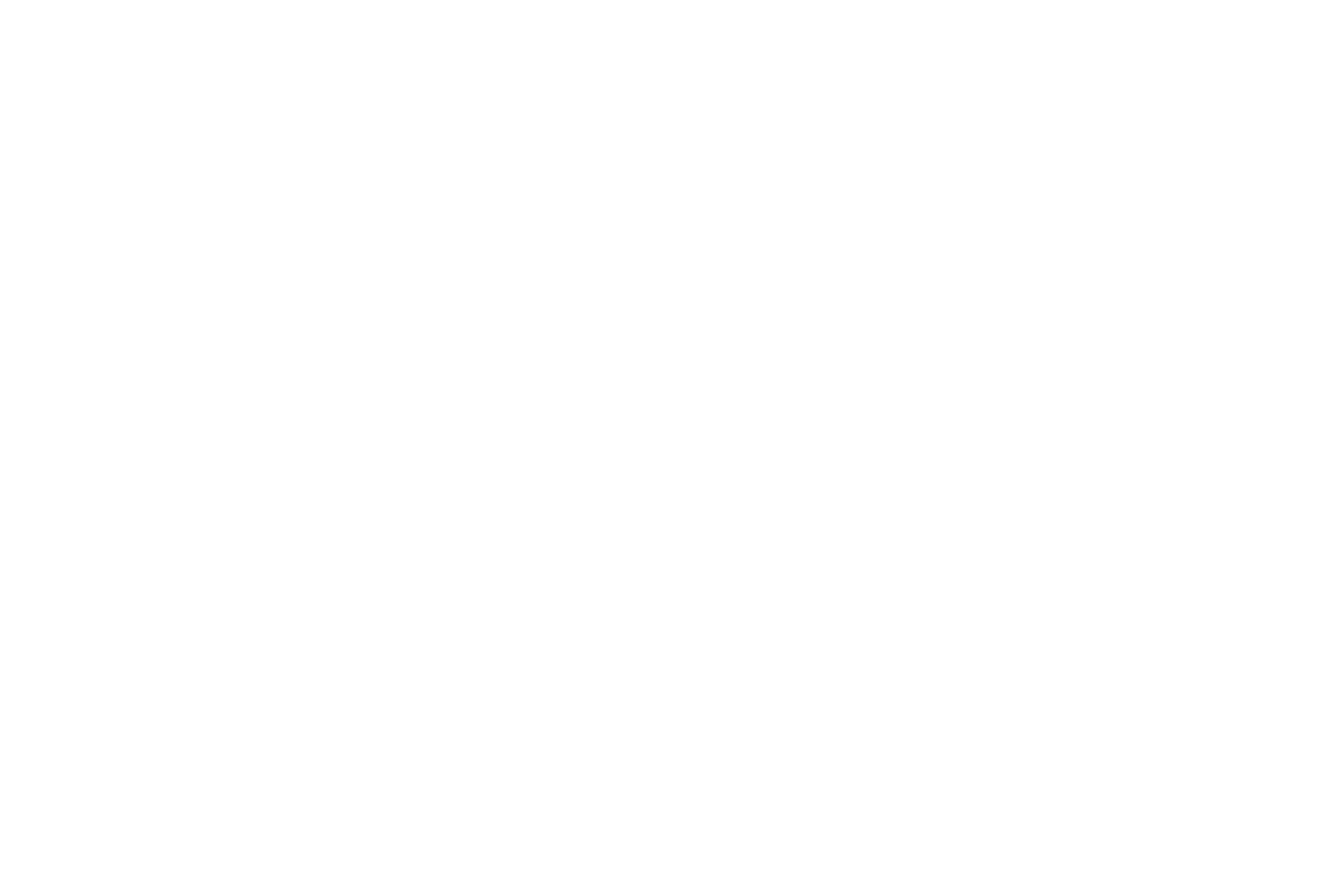 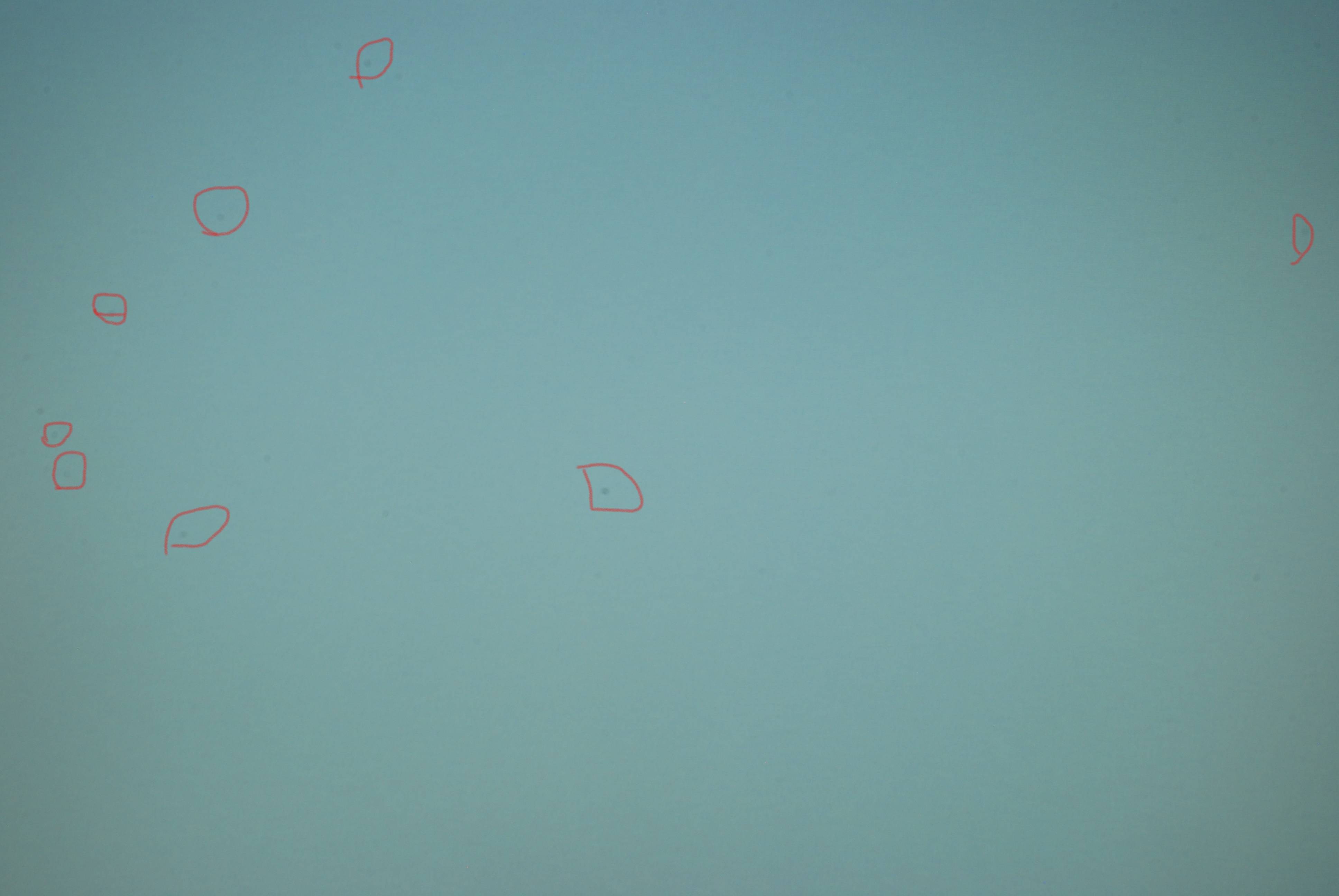 Does this mean the problem is with the lens or still with the sensor? The black dots are most prominent at narrow apertures like f/22 so I suppose that maybe they are still there when the lens is removed but they're just not visible. I just want to confirm so I know exactly what the problem is and accordingly try to fix it.

Sorry for the long post, and thanks in advance.

Dust in a DSLR generally ends up on top of a thin layer of glass(like) above the sensor, usually an anti-alias filter. Even on cameras without AA filters there is still usually a layer of glass (or similar) there.

This means the dust is slightly above the sensor.

When you expose with a lens set to a high (small) aperture, this near-point-source casts a very sharp shadow from the dust on the sensor and you see it.

WIth a wide aperture (or no lens at all) the light is coming from a wide source, and so casts a diffuse shadow which might not be visible at all.

It is like your hand at waist height casting a shadow in the sun, but with diffuse light from a cloud, it casts no shadow -- doesn't mean it isn't there, just how the shadow falls.

If there were no glass above the sensor, the dust would almost always show up, just as your hand would cast a shadow even in clouds if held an inch above the ground.

It's dust. Clean it, have it cleaned, or if you mostly show with wider apertures it will not be noticeable. All DSLR's get it. You can reduce how quickly by taking care when changing lenses, but they will will get dusty eventually.

Dust on the lens front or back reduces contrast but generally will never appear as a clear spec on the image (it is so completely out of focus, much as you cannot see a fence with the lens pushed up against it, but the fence color bleeds through). Dots on the image are almost always on the sensor not the lens in any normal situation.

You have dust on the sensor. The image without a lens is so overexposed that the little shadow the dust makes is overwhelmed. The shadow is also very diffuse due to the light coming from a wide angle.

To see that this is dust on the sensor, expose again without the lens, but this time:

The reason you don't see any spots on the bright white image is two-fold:

Your example is exactly what one would expect with something on your sensor (dust or spots of dried liquid, etc.) when you take a photo with no lens on and the exposure completely blown out.

On the other hand, it takes a fairly large chunk of something on a lens surface to show up in a photo, and they are much more diffuse and larger than spots caused by material very close to the sensor.

The second image looks very much like there are drops of some type of oil that has gotten on your sensor and then small pieces of dust might have gotten stuck to the oil. Nikons have a reputation of coming from the factory with a little too much oil on the shutter mechanisms. Some of the excess oil eventually finds its way onto the sensor. The fact that the spots in your image are very uniform in size, shape, and opacity strongly suggest drops of some kind of liquid, or bits of dust stuck to such drops, are the source of the spots.

In the case of your D80, it's probably safe to say it is not a factory fresh camera. However, if you have recently had some service work done that included oiling the mirror or shutter mechanisms it might explain the recent appearance of oil on your sensor. Another possibility is that the spots have been there a good while and you just recently shot under the conditions that cause them to be most noticeable (narrow aperture, relatively dim exposure). Or it may just be another type of wet substance that has gotten stuck on the front of your sensor stack.

Not the answer you're looking for? Browse other questions tagged troubleshooting sensor maintenance or ask your own question.

29
Why use a small aperture when trying to see sensor dust?
6
Why are these black dots / spots appearing in my pictures?
1
Are these soft blotches caused by dirt on the sensor?

10
Should I clean my camera sensor, or take it to a professional?
13
Is it risky or difficult to wet clean an image sensor?
5
Does this look like a sensor problem?
0
Dark spots - sensor toast?
72
What am I photographing INSIDE my camera?
0
What to do when NIKKOR 55-200mm lens behaves like it is not attached to the camera, even though it is attached?
5
In terms of "image quality", is the sensor the only spec of a DSLR I should look at when shooting RAW?
5
Why are there black dots on all photos taken with Sony phone?
1
My Nikon Digital D50 is showing black screen when I take photos