How can I make a photo of a sun rise more interesting in post?

I would like to know how I could post process this photo to make the sun rise more interesting. Basically, what I am trying to ask is how to go from a relatively boring photo of a sun rise to something that catches people's attention. 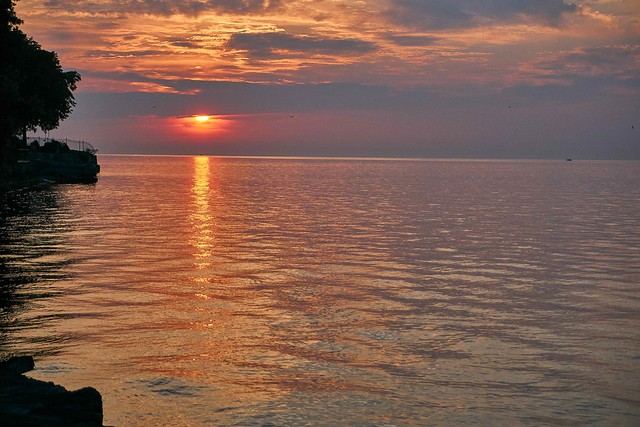 If there is a simple answer, it is the practice of experiment. Research can help guide and interpret the results of experiment, but it is not a substitute for doing.

Thinking about the exposure when capturing as raw material for later steps is the basis for the general advice to avoid clipping highlights and shadows. This lets the image capture the maximum amount of detail. 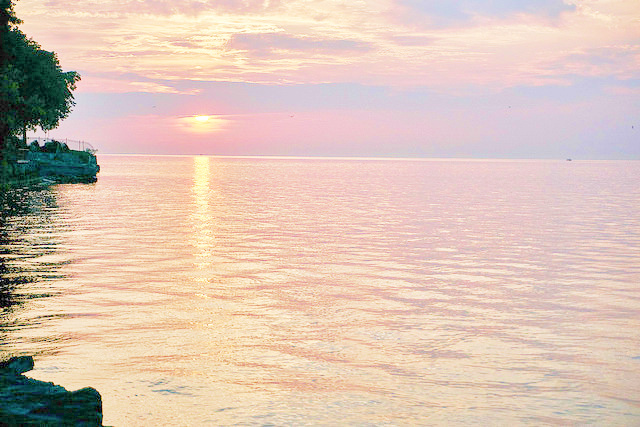 There are two related questions:

If it is art for art's sake, then who knows what matters? I'll give an opinion anyway.

A lot of our expectations about what makes a good sunrise picture is set by other sunrise pictures we have seen. To me, two common 3 characteristics of sunrise photos are:

As a general approach, objects in the shadows at sunrise tend to be uninteresting relative to the subject at hand...the subject at hand being the light. The image with shadow detail moved toward and into clipping and the gamma adjusted to keep the midtones in a similar location on the histogram. 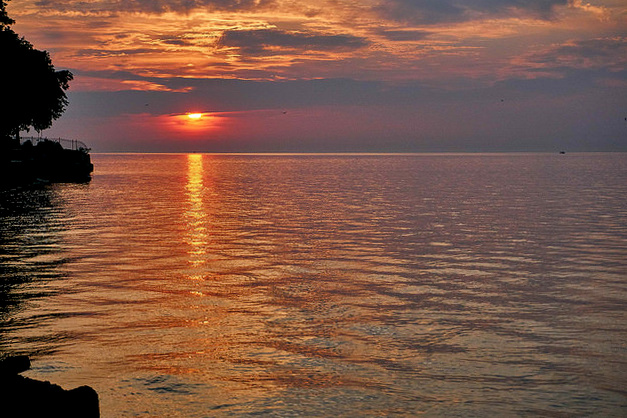 OK, I also leveled the horizon. Leveling the horizon is often the simplest way to improve a landscape photo. It is a way to say, "I care about this as art. It is not just a snapshot." For me, I think it is because photographs have hard framing edges that create an implicit horizon (and verticals).

After that it is time to find the pictures in the picture. Playing with the exposure at "print time." 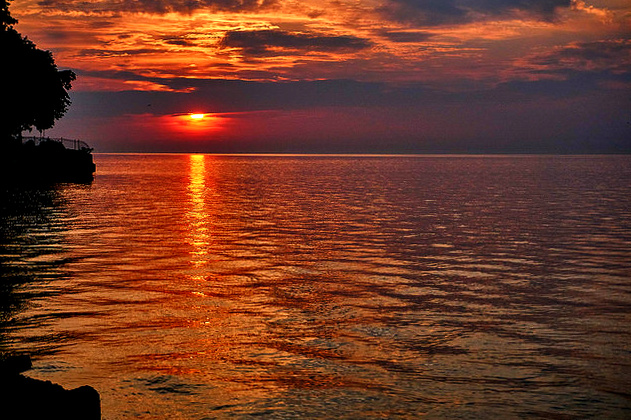 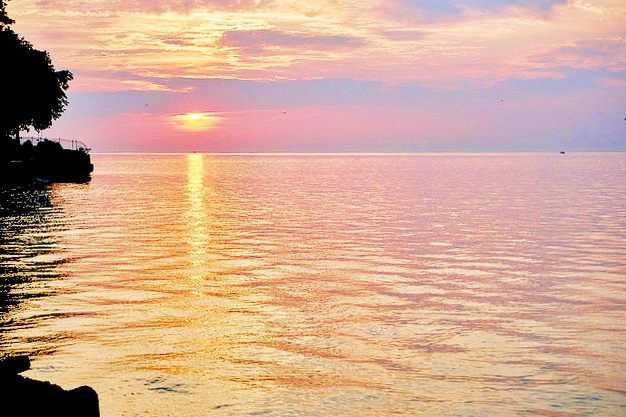 The low key image pushed highlights toward and into clipping as well as the shadow detail. Gamma was adjusted toward black to emphasize the sun and contrast in the clouds.

The high key image adjusted gamma toward the bright. It did not adjust highlights.

1: Yes, I am pushing exposure by using it to describe development. So sue me.

2: Or positive. And the positive might go into a slide projector directly. So sue me.

4: The influence of Velvia and other color transparency films perhaps. So sue me.

Not the answer you're looking for? Browse other questions tagged digital composition sunrise or ask your own question.

13
How to decide what's interesting enough to be photographed while traveling?
18
Why do digital cameras need an exposure time at all?
9
How can I compose shots with tall buildings without boring sky dominating the image?
9
My attention gets repeatedly distracted by the elements needed for the context in this picture. Where am I going wrong?
7
How can I compose city / cityscape shots to avoid distracting elements?
24
What can I do to take better/more interesting photographs of tabletop games?
67
How to compose flowering plants?
102
I know what a bad photo is, so why do I keep taking them?