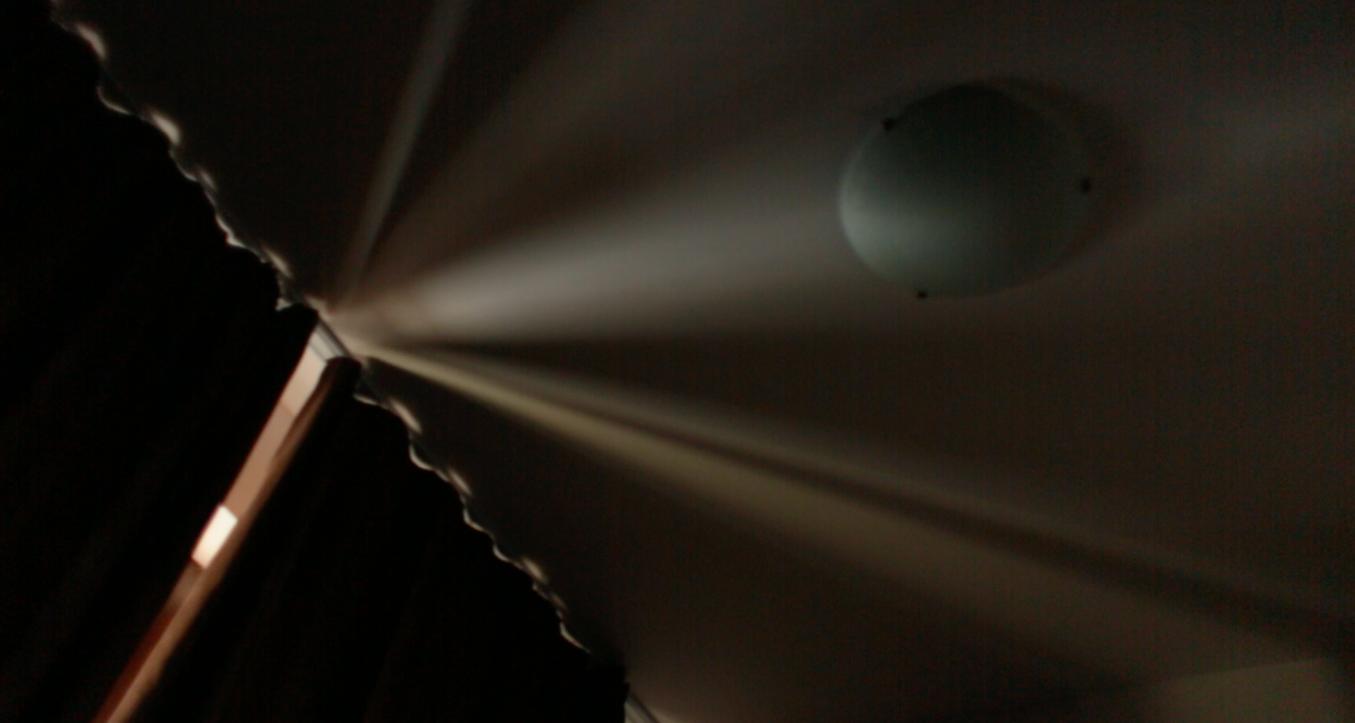 My settings were 50fps, 1.8 aperture and ISO 200. Modifying the settings to get a brighter image fixes the line issue but I want to achieve the low light/dark look as seen in the image. The lines can be seen mostly towards the right of the image.

Is that normal or is this a sensor issue?

The vertical lines are a type of noise called 'grid noise' or 'read noise'. It is noise caused by 'dark current' in the electronics of the sensor and the camera's electronics that amplifies the analog signal from the sensor before it is converted to digital information. It is caused by electrical current that is not created by a photon striking a sensel (pixel well) on the image sensor, but is included in the sensor's readout as if it were.

There are other kinds of image noise in digital photographs, most notably "Poisson distribution" noise that is a result of the random distribution of photons in light due to the way light travels in waves instead of straight lines. This is often called 'photon shot noise' with regard to digital photography.

Read noise (or grid noise) is fairly constant in digital cameras. When there is plenty of light striking the sensor it is usually masked by the abundant light and is not detectable in images. When there is very little or no light striking the sensor it is much easier to see because the same amount of grid noise is not competing with much stronger signals created by brighter light. Changing the ISO setting of your camera changes the amount of amplification applied to the signal coming off the sensor. The signal caused by electrical 'dark current' is amplified along with the signal created by photons striking the sensor.

Poisson distribution noise (or shot noise) varies with the amount of light striking the sensor, but it varies with the square root of the change in the amount of light. It takes four times as much light striking the sensor to create twice as much shot noise. Thus, the brighter the image, the harder it is to see the shot noise because it, too, is masked by the stronger image signal created by the brighter light.

Taken together, both types of noise are most easily seen when a weak light source is amplified by a high ISO setting. The difference is that read noise usually stays in the same location from one shot to the next, while shot noise will appear randomly in various locations from frame to frame.

One way to avoid read noise is to shoot the scene with a brighter setting (more light, longer shutter time, etc.) and then reduce the brightness in post processing. This is very easy to do shooting still images in raw format. It's a little tougher with most cameras when shooting video unless your camera can output raw video.

What you are seeing is called “noise”. This is analogous to static in audio systems. As an example, you are trying to tune in a distant radio station. You can hear music but it is weak, you up the volume control and the music gets louder but, sorry to report, you have also upped the unwanted static.

Now the image sensor works because its surface is covered with millions of tiny photosites. During the exposure, light plays on these sites. Each receives different levels of light. Each accumulates an electrical charge that is proportional to the amount of light received. At the end of the exposure, the charge is present but too weak to be useful. The camera’s software applies amplification and the charge strength at each site is elevated to a useful level. We are talking about an automatic gain control similar to you turning up the volume on a radio. Now those sites that received very little light during the exposure have only a feeble charge, the software attempts to mitigate by upping the amplification. The bad news is, each site has its own charge to voltage converter and amplifier. Each sight operates at a slightly different efficiency as compared to its neighbor. This prompts differences in noise levels. This results in a granularity in the image akin to grain in chemical film pictures. We call this fixed-pattern noise.

To test your camera to see how it images with fixed-pattern noise, cover the lens with black paper or the lens cap and take a few pictures at different ISO settings. You will then see, first hand, the effects of fixed-pattern noise. The good news is, most worthy imaging software will feature some way to mitigate noise in your images. Keep in mind that digital imaging is still young and image quality progresses with each new camera generation.

Not the answer you're looking for? Browse other questions tagged low-light video or ask your own question.

25
How do I focus in low light for long exposures?
5
Reducing noise in very high ISO photos
1
Lack of sharpness / focus in low light
6
Reducing ambient color while preserving sharpness with a flash in concert photos
2
What causes darker areas on a still from a video stream when moving light source has passed through the image just before it has been taken?
3
What causes this weird angled glowing blur around lights on my low light shots?
2
Nikon D5200 - Dark band occurring on right half of liveview and in videos
3
How close are digital sensors to "night vision" image intensifiers?
1
Tactics to avoid motion blur in low light conditions
4
How come my DSLR takes worse low-light photos than my phone, both in RAW w/ comparable settings?