What should I test on a new camera (other than a sensor check)?

In the past, when I have gotten a new camera, I have just done a black test, or what some call a "cap test". You equip a lens, put on the lens cap, then take a series of exposures at the full range of possible ISOs in raw. The resulting images will reveal any bad pixels or glaring sensor problems. Fine.

However, I just got new OM-D M1 II which for me is a fairly pricey camera, so I would like to do more testing than just a black test to make sure it is ok. What tests should I do?

I have had some cameras with lens uniformity problems, where some areas in their photos were not as sharp as other areas. Most of the time the corners weren't as sharp as the center of the image, but occasionally a camera took photos where the center was blurrier than the rest of the image.

To test the lens uniformity, I printed out several pieces of paper with letters on them at various font sizes. Then I posted them on a wall and took a photo of them. It's easier to judge the sharpness in a photo that's showing text rather than scenery. 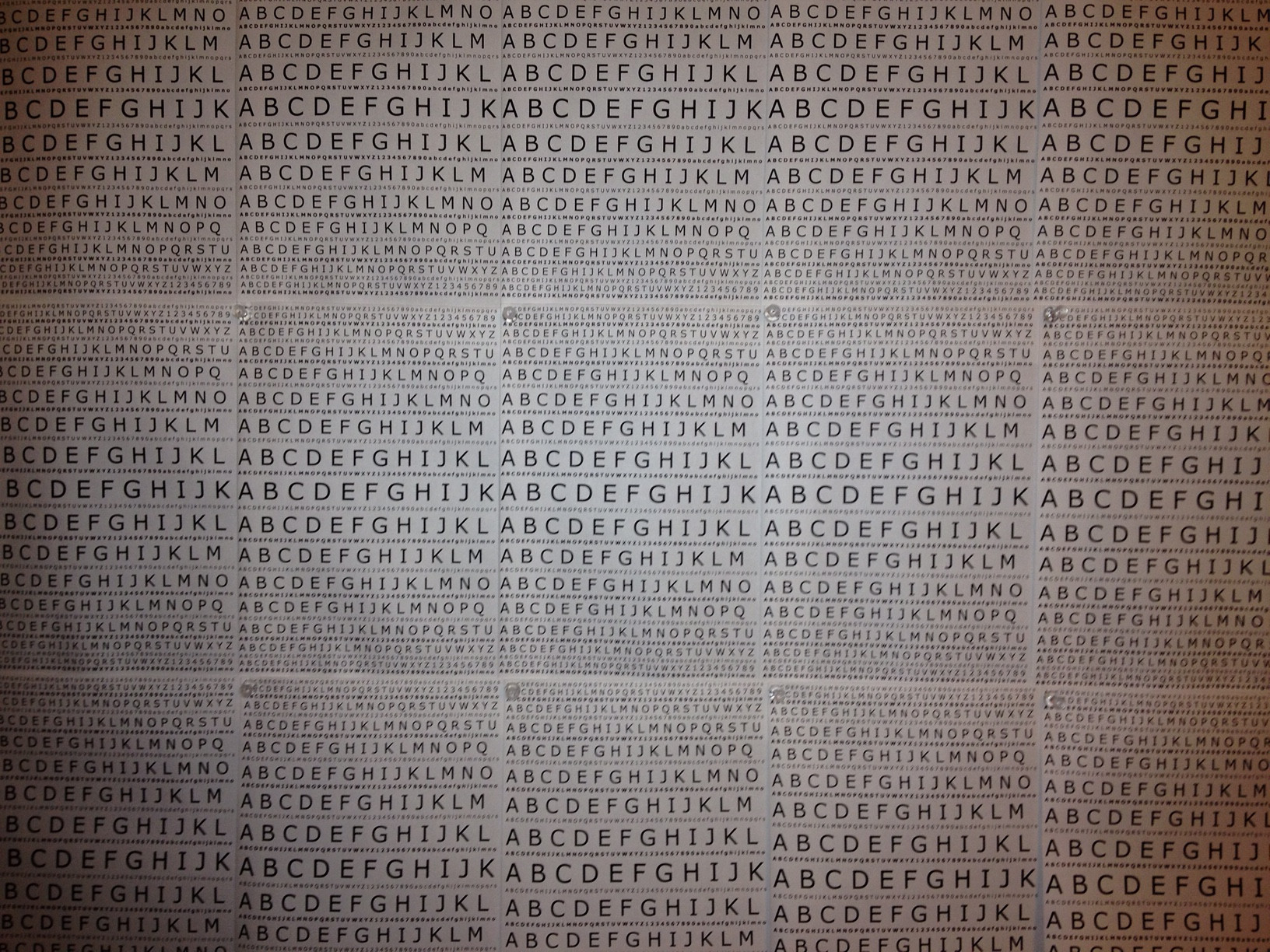 When performing this test, blurriness in the photo could also be the result of a misaligned lens mount, as Michael Clark indicates in a comment:

Such a test will also reveal alignment issues that could be caused by the camera's mounting flange being out of square with the camera's sensor. For cameras with in-body stabilization (where the sensor moves on several axes) this can be a common problem.

Not the answer you're looking for? Browse other questions tagged testing or ask your own question.

20
What should I look out for when buying a second-hand DSLR body?
9
What are good test shots for finding out the capabilities of a camera?
0
How should I arrange a scene to test the relative sharpness of lenses with different focal lengths?
2
How to test image quality with a camera that is focused to infinity?
0
What should I do when the results from Reikan FoCal show flaws?
1
What is the optical problems in these test images and what causes them?
0
How to test two polarising filters against each other?