I have a Panasonic GH5 camera. Is there a Micro Four Third lens that has fixed focus? I want a lens that would allow me to just shoot video of my son running around without using the AF/MF, I do not care about zoom for this purpose. You know, like a GoPro but better.

Can I achieve this by using a prime lens, say a 35mm and simply set it to infinity?

Is there a Micro Four Third lens that has fixed focus? I want a lens that would allow me to just shoot video of my son running around without using the AF/MF 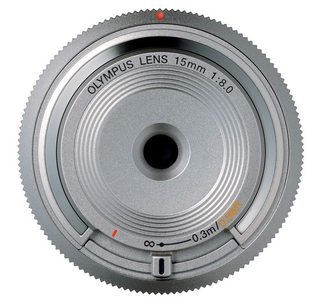 When the focus lever is all the way to the orange mark on the left, it is a panfocus lens. Shifting the lever out of this mode, the lens can be manually focused to provide sharper images if want to focus at a specific distance.

At ƒ/8, this isn't a fast lens. Considering your camera is a 20 megapixel camera, 4K video capable, it would take poor-to-middling video out in the yard on a bright day, and if the lighting is less, it only gets worse from there.

I have to wonder why you're trying to turn a very nice camera like the GH5 into an action cam. Most of the current line of Micro 4/3 lenses have quick autofocusing speeds. Get a decent lens, stop the aperture down a bit if you want to reduce the appearance of out-of-focus areas in your video, and let the camera do its job of finding focus on your son.

Or, for less than the price a mid-priced Micro 4/3 lens, buy a GoPro.

Not the answer you're looking for? Browse other questions tagged lens focus prime micro-four-thirds or ask your own question.