Why isn't my Nikon D3400 freezing motion even with the shutter set to ¹⁄₄₀₀₀th of a second in View Finder Mode?

I got a Nikon 3400 in May. While shooting some water droplets I noticed the droplets contain motion blur even at the highest shutter speed settings. So I tried to verify this by clicking a pic of the ceiling fan [In India]. I might not know the exact speed of the fan, but I am sure as hell the fan does not do more than 4000 rotations per second. And yet, I get motion blur on the fan. Images attached.

Is my camera broken? Should I get it repaired? Or am I not understanding something?

Update: The problem does not occur when I click the image in Live View Mode. The image appears darker and the motion is frozen. But When I switch to View Finder mode, something's not right. 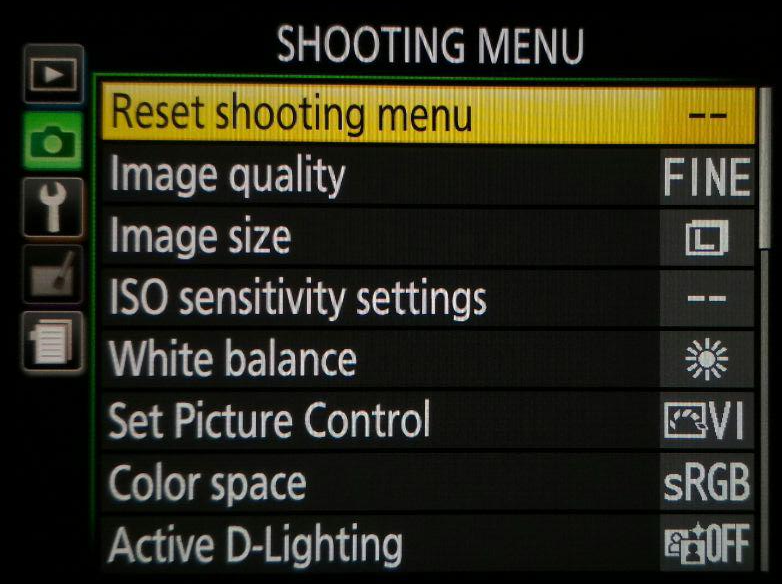 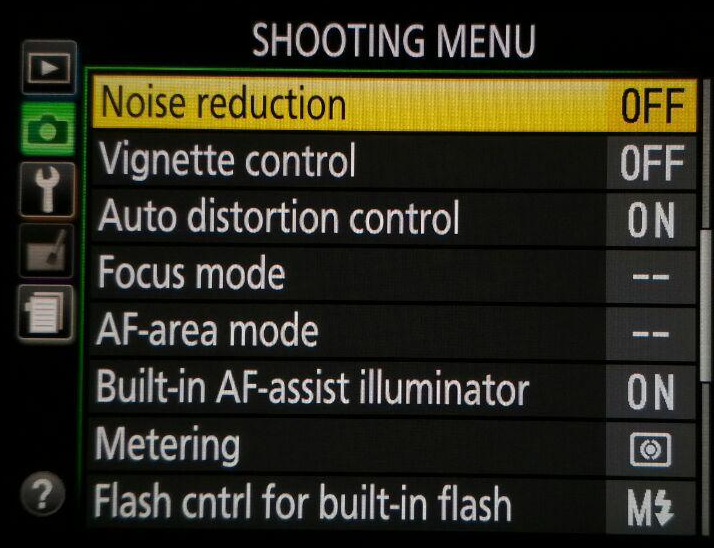 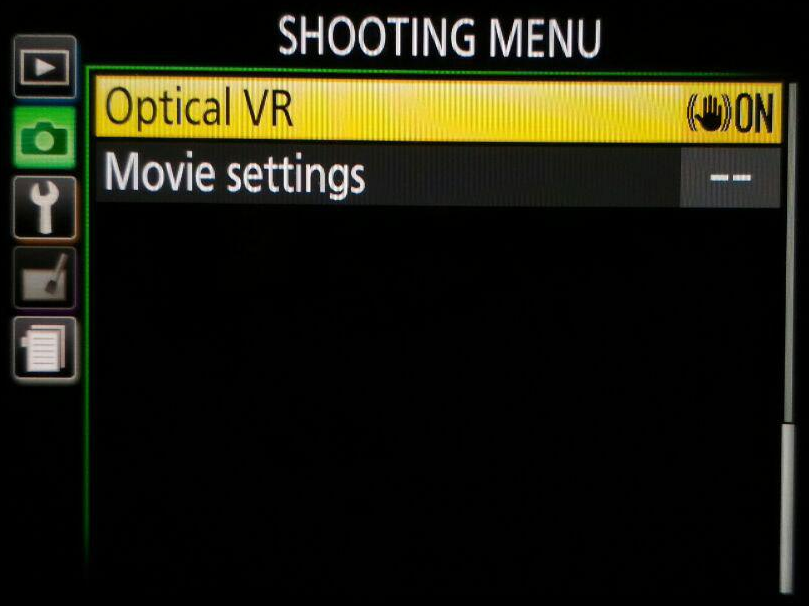 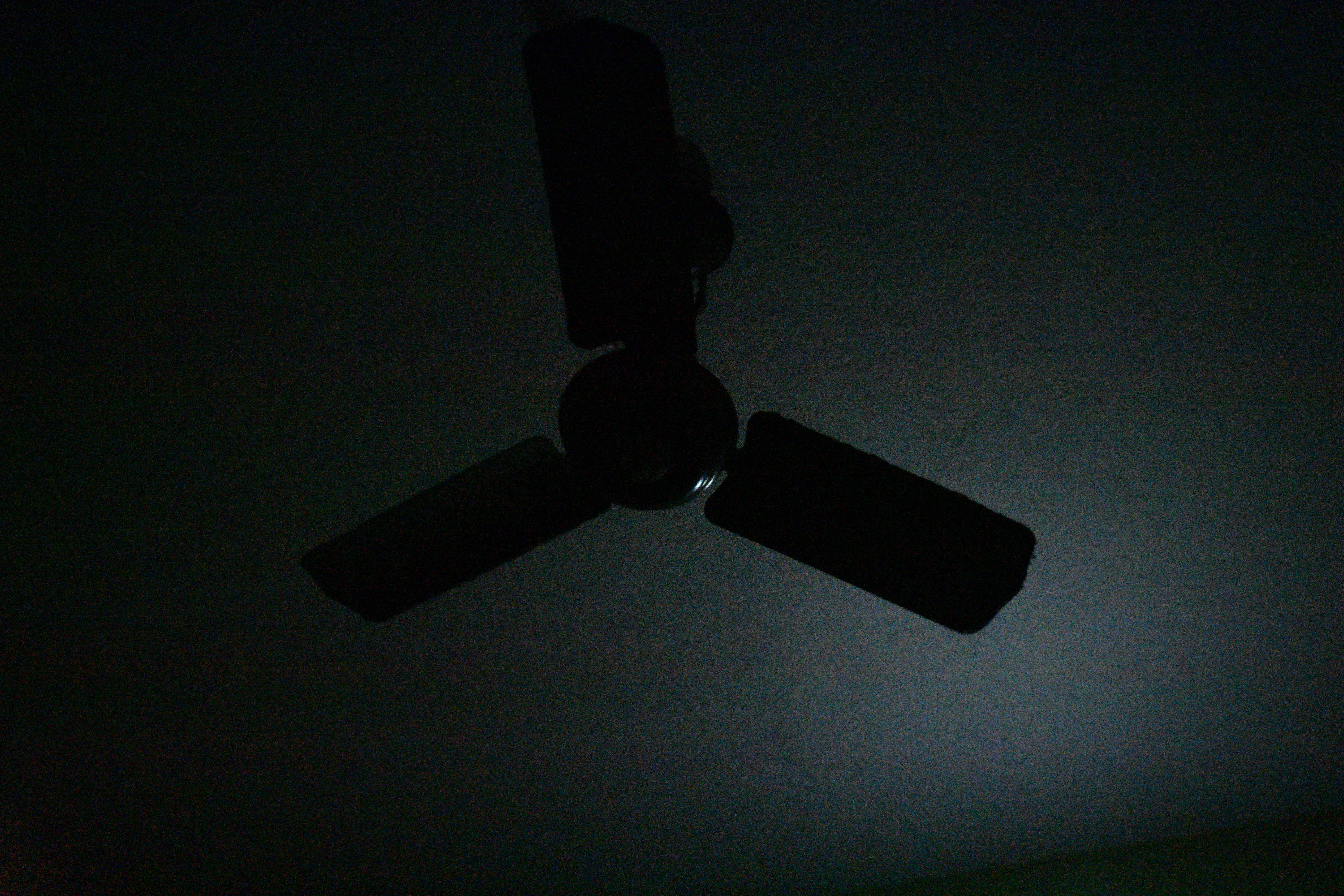 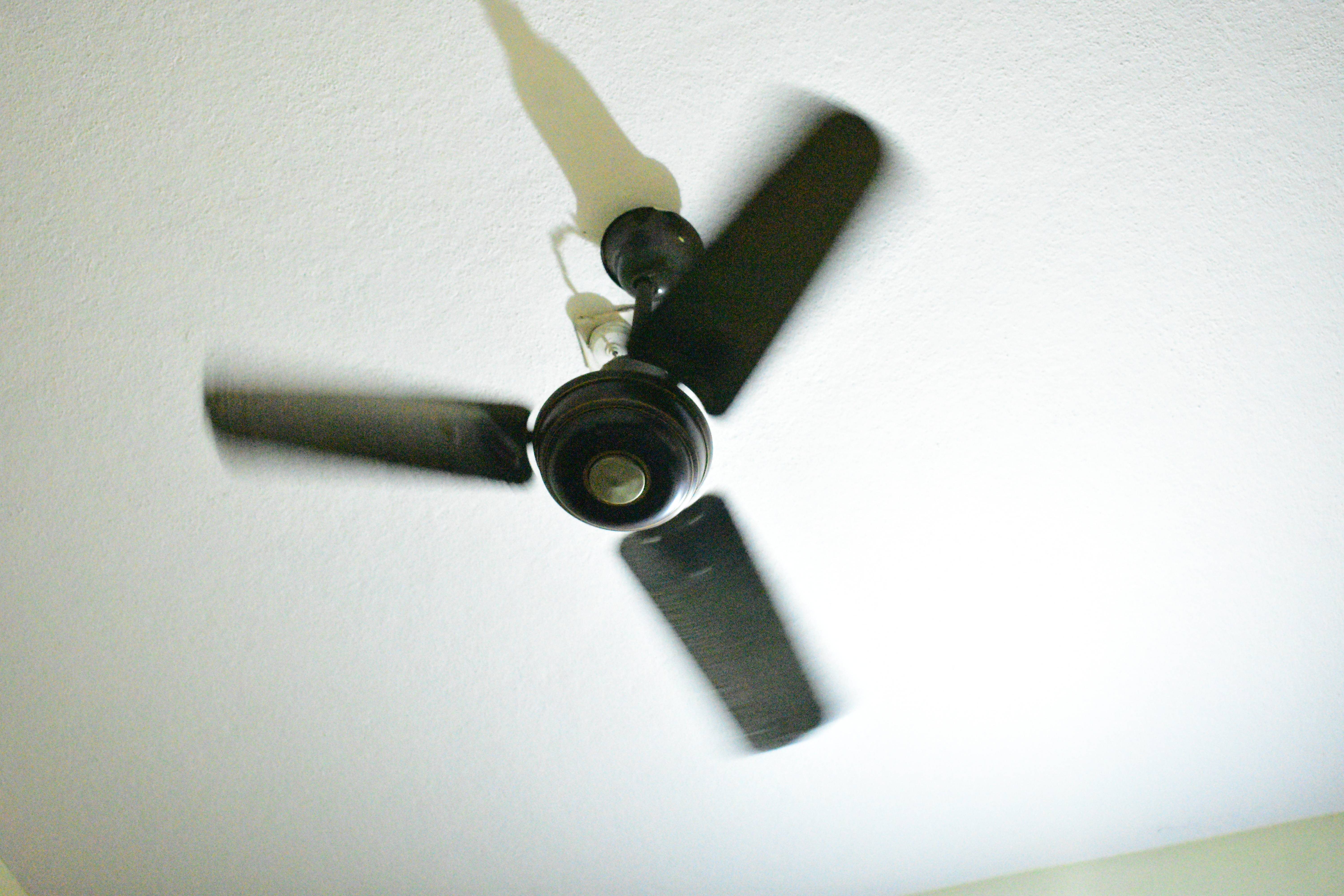 PS: I checked the image properties and all the settings and details are exactly same. The camera does not show any change in the shutter speed value it displays.

Update: Check out the experiment at http://atulbhats.com/cam-demo

You're thinking about the speed wrong. At 1/4000th of a second, if it rotated nearly 4000 times per second, it would go all the way around in one frame. Talk about motion blur. :-)

It looks like the tip moved about three inches, so if we assume this fan is somewhere around four feet from center to tip (almost as large as they get), the circumference of the circle at the tip is about 300 inches. So it moved about 1/100th of a revolution in 1/4000th of a second. That should mean it spins at about 40 revolutions per second, or 2400 RPM.

That said, something is still off here. That's an entire zero higher than a real-world fan should ever spin, and then some.

According to UL code, the tip of an overhead fan can move at up to 3200 feet per minute, or 53 feet per second. At that speed, it should have moved 5/32nds of an inch in a single frame. This looks like it moved about three or four inches. To be fair, I realize that fans in India might not comply with UL rules for fan speed, but I kind of doubt they spin twenty times faster.

If you look at the metadata, I suspect that your camera overrode your settings. Many cameras have a feature called safety shift (or, I think the Nikon term is "Cybernetic override") that, in some modes, can change the settings from what you're expecting if the camera cannot achieve the provided setting in the available light. So if it could not shoot at 1/4000th because it couldn't crank the ISO up high enough and open the lens far enough, it might have shot somewhere more in the neighborhood of 1/200th (my best guess based on typical fan speeds).

Either that or that is one seriously fast fan.

I don't care what the EXIF might say, the camera appears to be firing no faster than about 1/250 sec.

It is worth noting that The original picture [Picture 1] is under exposed. Picture 1 is reported to be taken at:

The second set of pictures (picture 2 through picture 8) were taken about a stop brighter at f4.2. Picture 2 is reported to be taken at:

Picture 3 is slightly underexposed relative to Picture 2. Picture 4 through Picture 8 are all similarly exposed despite the report that they were taken across a delta of 6 stops of shutter speed. The motion blur, like the exposure is similar in all of them. Both these suggest that the shutter speed did not change much from Picture 3 to the end of the sequence despite what is reported.

For reference, this image was taken of a 42" ceiling fan at turning at its highest speed. 1/4000s froze the blades. 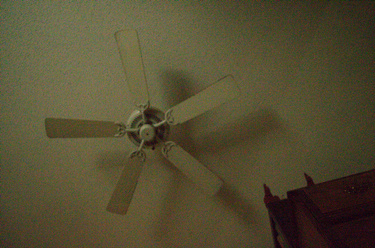 The settings were f3.5, 1/4000s, and iso 40000. This is +7.33 stops from Ev_100=15. I used Auto ISO. Because the fan was white 'proper automatic exposure' across the entire image could occur at a lower ISO than if the fan were black. The fan is less than 10 feet from a large window and the photo was taken daylight hours.

To me, the degree of blur seems greater than that caused by a 17.8mm movement. My conclusion is, the shutter did not actually operate at 1/4000 of a second. You next step, figure out how to read the imbedded EXIF file that your camera writes when it takes a picture. You can do this will most any good image editing software or download an app that will read this data.

Some additional gobbledygook: A focal plane shutter works by moving a curtain with a slit across the span of the imaging chip. The travel time of the shutter is far greater than the shutter speed setting. That’s unlikely the source of this blur because the actual shutter speed is just the time it takes for the slit to travel its own width. What I want you to know is; a focal plane shutter can encourage weird things. As an example, at a baseball game, a high shutter speed is used and this is sufficient to freeze all the players in place. However, by coincidence, the batted baseball is blurred in the picture. This happen because coincidently, the speed the image of the ball exactly corresponded to the shutter slit movement speed across the frame. Not saying this is what happened here, just pointing out photography has some built-in gibberish.

The Nikon Service center was able to solve it after trial and error replacing each and every part. The replacement that worked was with Aperture Control which even the service guy was not sure was wrong.

But it did the trick!

It looks like you used the built in flash on the camera. If you did then the Shutter Sync would drop to 1/200th. That is what is preventing you from taking higher shutter speed images. Don't use the flash and instead increase the lighting in the house somehow and take the same image at the higher shutter speeds and it should look frozen.

Not the answer you're looking for? Browse other questions tagged nikon shutter-speed motion-blur or ask your own question.

1
Does in-camera metering affect anything but the meter in manual mode?

2
Is it normal that manual exposure does not work on the Nikon D7000 in Live-View?
6
Does Av mode on my Canon DSLR take IS into account when deciding shutter speed and ISO?
0
Not able to use faster shutter speed 1/4000 or faster
1
Why isn't live view on my D3200 matching the exposure I've set manually?
0
What is the max. exposure time when using an iOptron Pro mount with a EOS 70D & telephoto lens?
2
Why is the subject too dark when using auto modes on Nikon D5600?
1
Underexposure problem