How can I best photograph a weekend cycling event?

I'm shooting photos for Peletonia (outdoor cycling event) using a Canon Rebel T3. How can I get the best results? Are there particular settings that are important?

You need to track the motion with the camera, it will help composition and make your shots sharper even at faster shutter speeds.

To somewhat freeze a speeding cyclist, you need a shutter speed of 1/500 s to 1/1000 s. Maybe less if they are driving towards you. 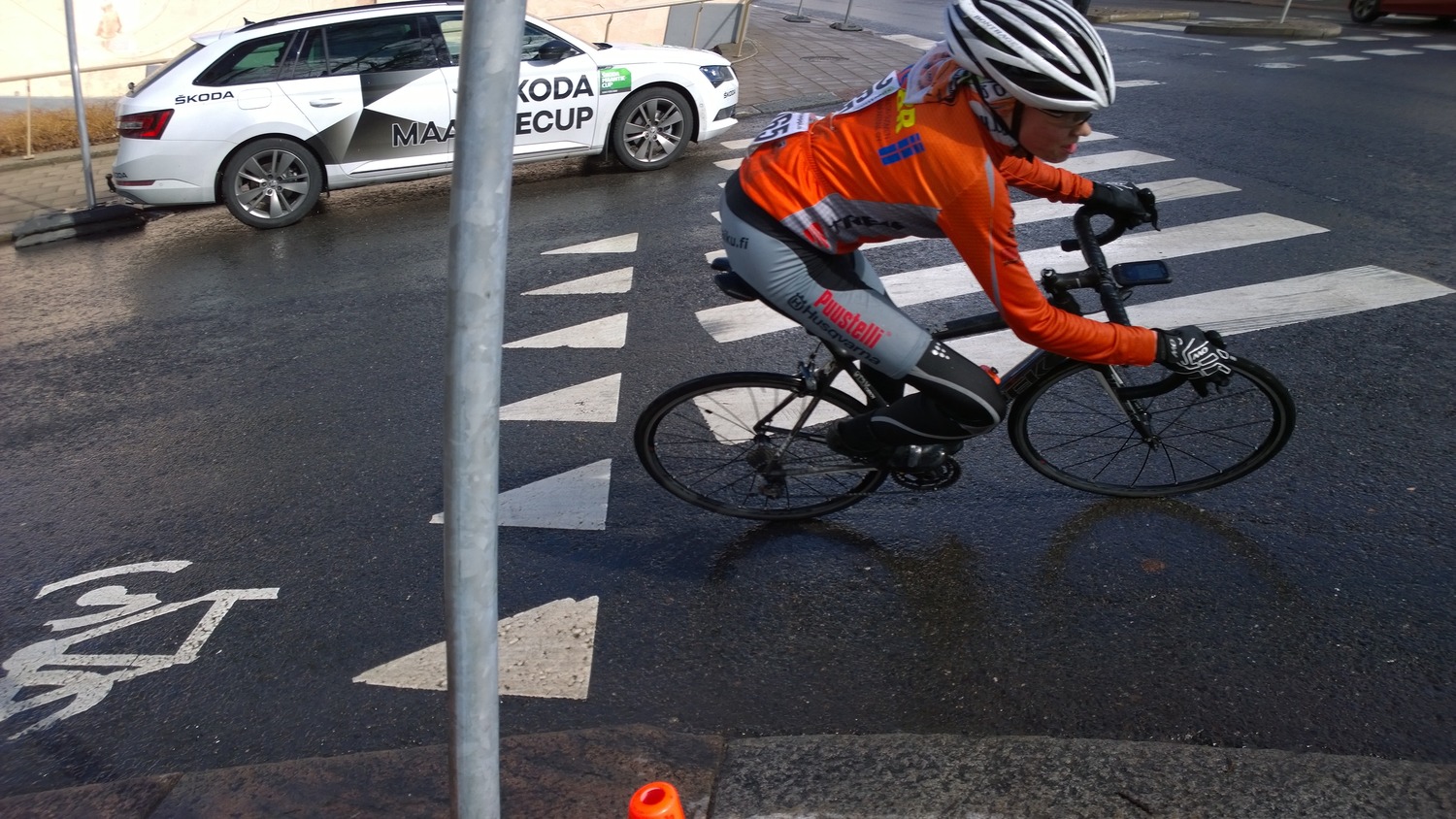 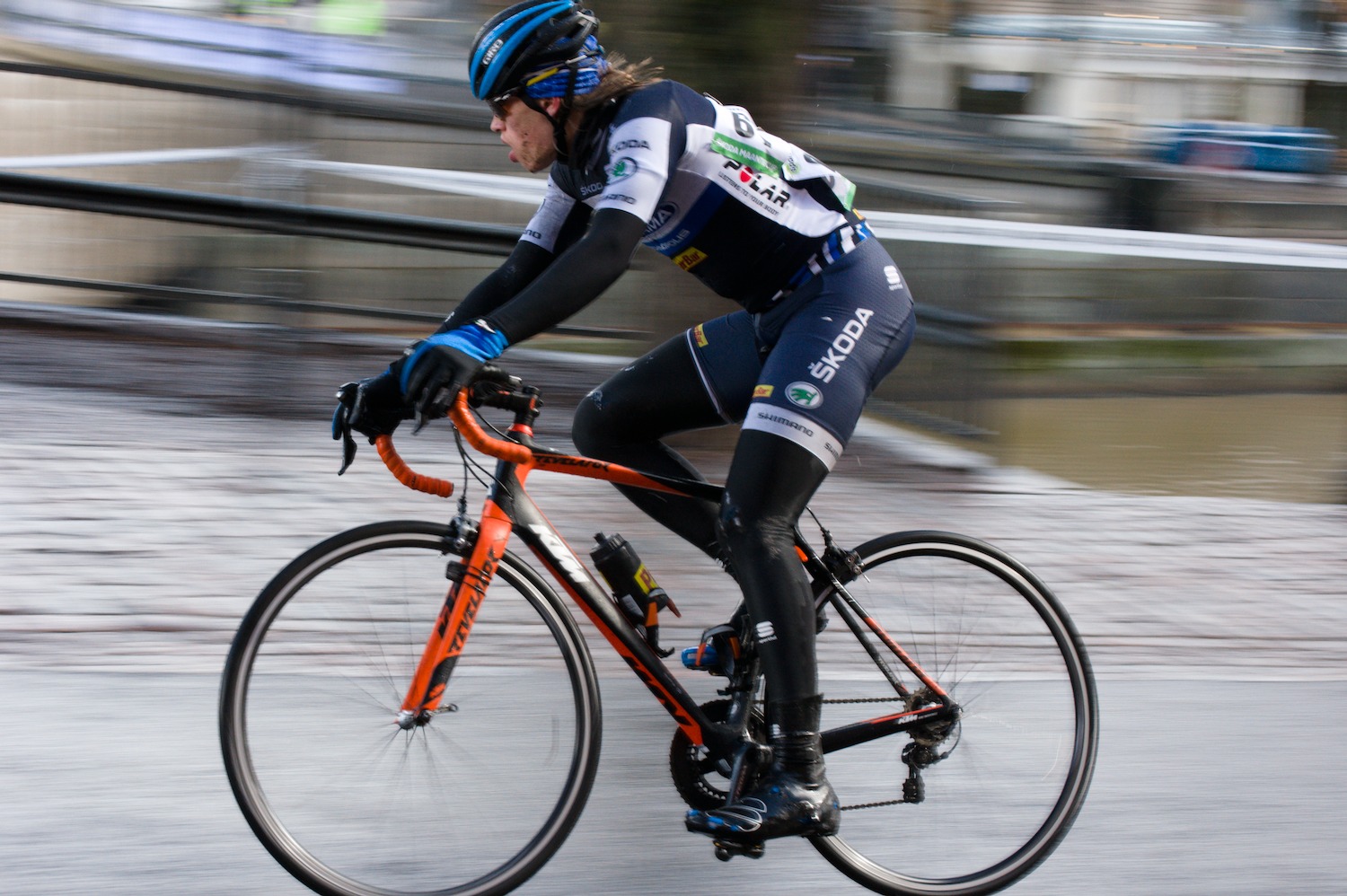 When the cyclists are far from you, use a longish lens and follow the movement, then just click photos when the composition is right. 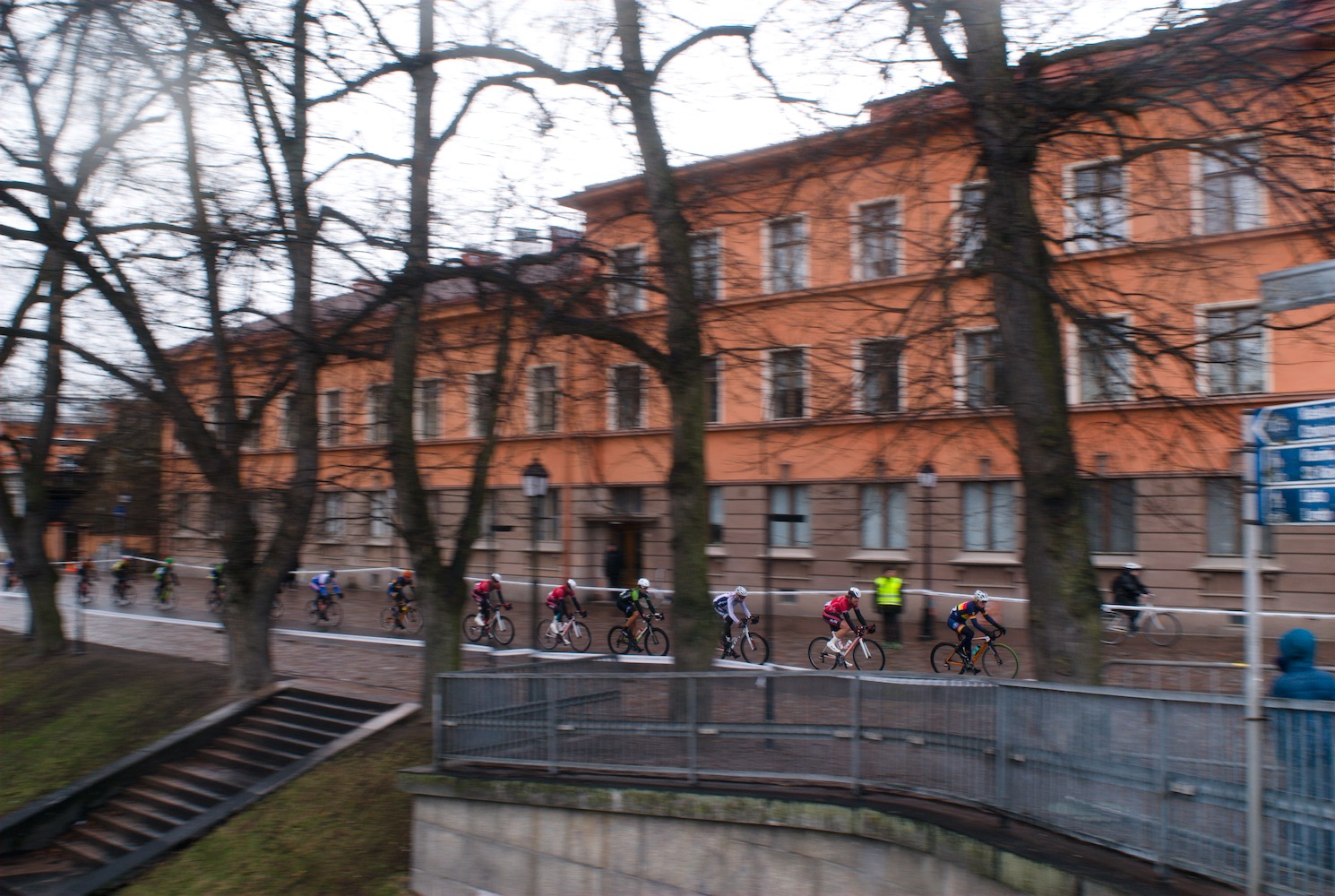 When they are riding close past you, use a normal to wide angle lens. Now the panning movement becomes a fast throw. And targets at different distances have different apparent speeds, so you will always get something sharp in the shot, but everything is never sharp. This creates this kind of warp speed photos: 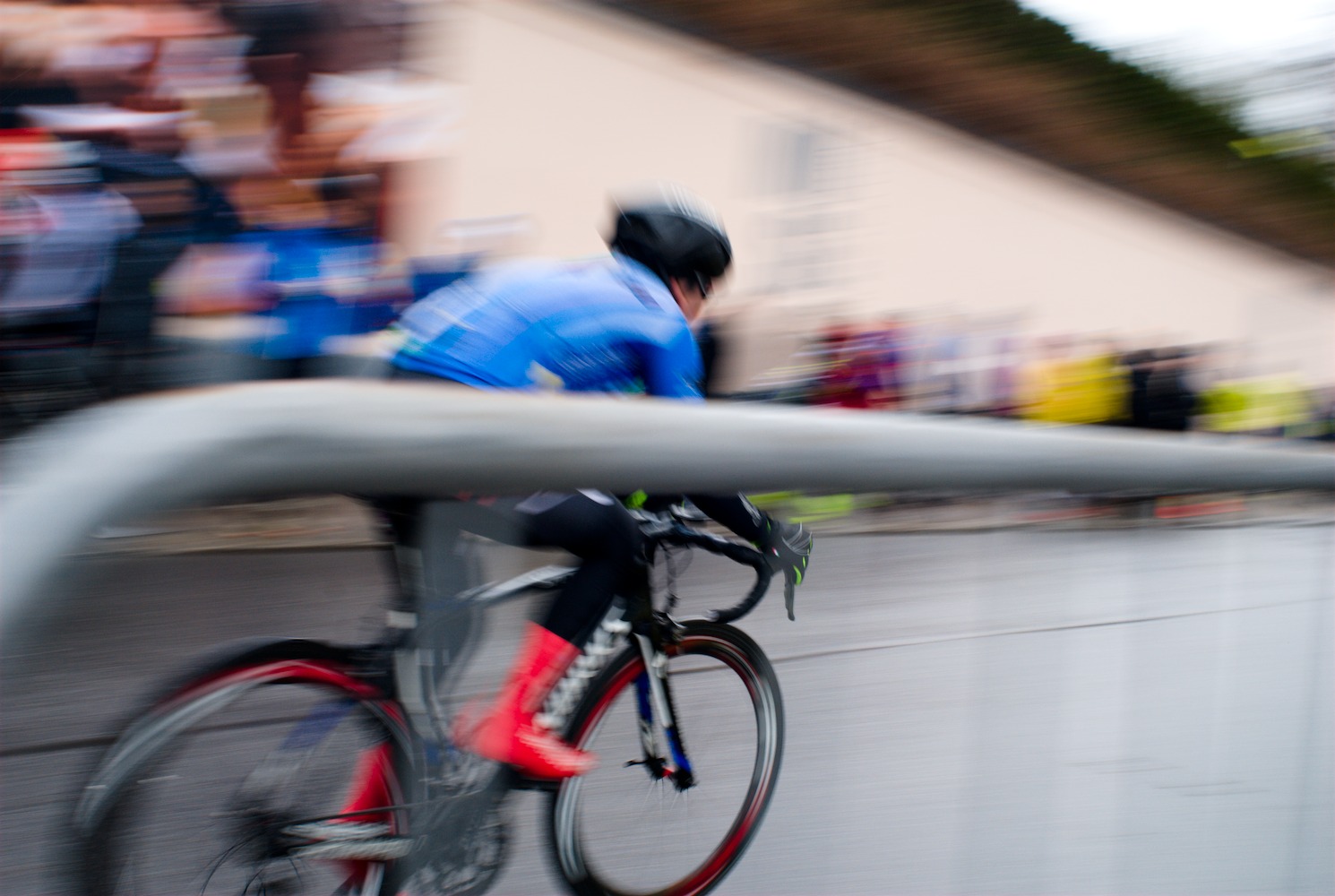 Are you under or over following movement? 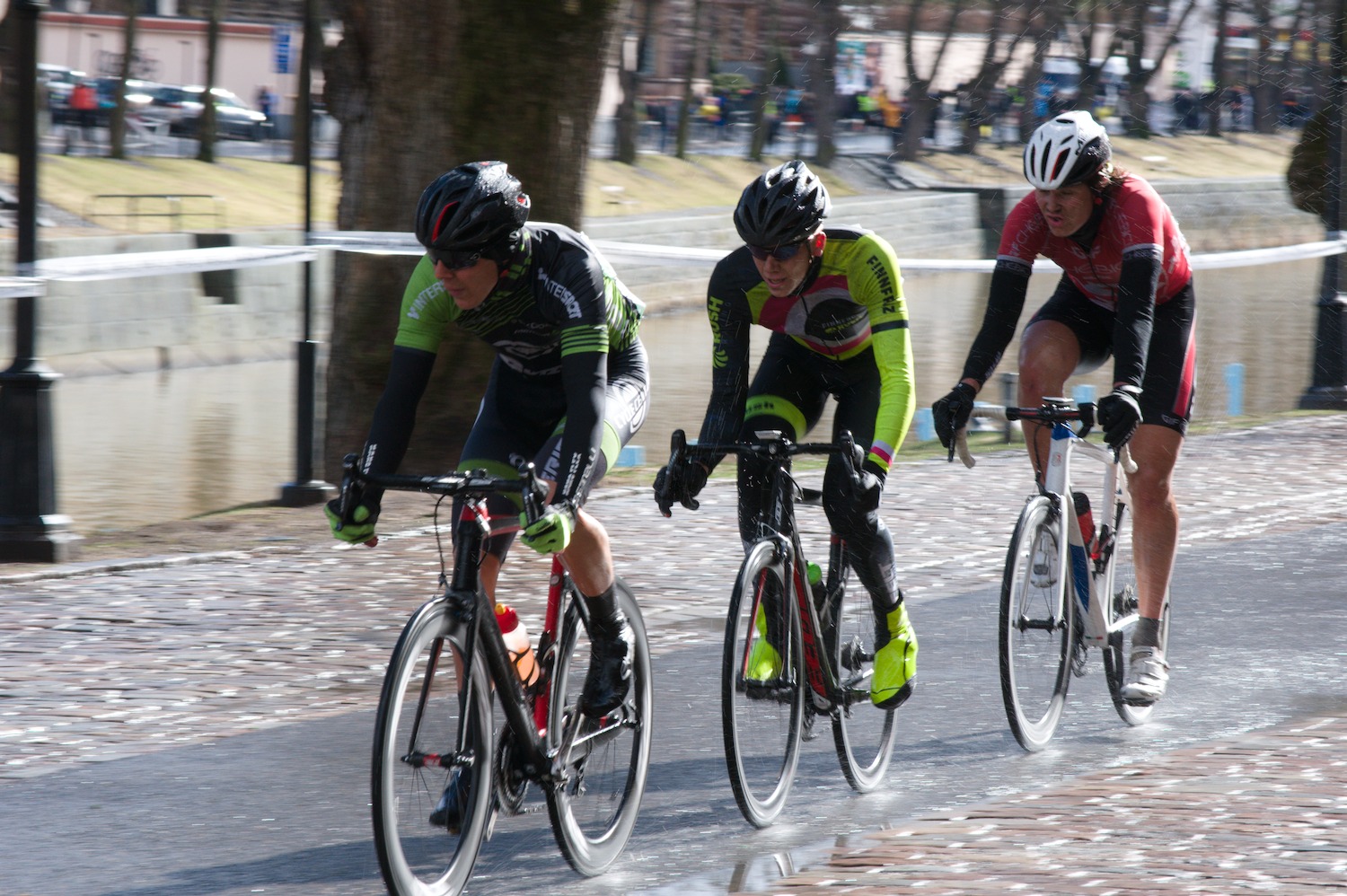 If you have a pro lens with a dedicated setting for panning, use it. Most consumer zooms try to auto detect panning, it works well when tracking motion that is predictable and steady. But if the motion is mostly towards you, the camera motion is very slow and the automatic setting might freeze your pan (You get a blurred subject against a sharp background). In this case your only option is to turn the Stabilization off.

Also when the cyclists are driving close to you (the quick throw pan) the stabilization will not work properly, but the fast camera movement doesn't really need stabilization. In this case just switch it off.

You have two options:

Not the answer you're looking for? Browse other questions tagged camera-settings bicycling or ask your own question.

17
What equipment and settings do I use for panning shots of moving objects?
14
How does one photograph a car race?

5
For fast daytime shooting of external buildings and indoor art, should I choose 24-70 mm or 70-200 mm?
1
How can I take nice pictures of bikes, as well as perhaps some of cyclists in motion?
2
Evaluating cameras for cycling
3
How do I change settings on the fly without missing my shots?
10
How to remember to change settings when I pick up my camera?
1
How can I prevent my Canon Rebel from resetting Shoot by Ambience, Lighting, or Scene Type to default on shutdown?
0
What camera settings should I use for ice hockey?
0
Is the Nikon D7200 a significant upgrade to a Canon Rebel T3?
0
photon counting with a DSLR