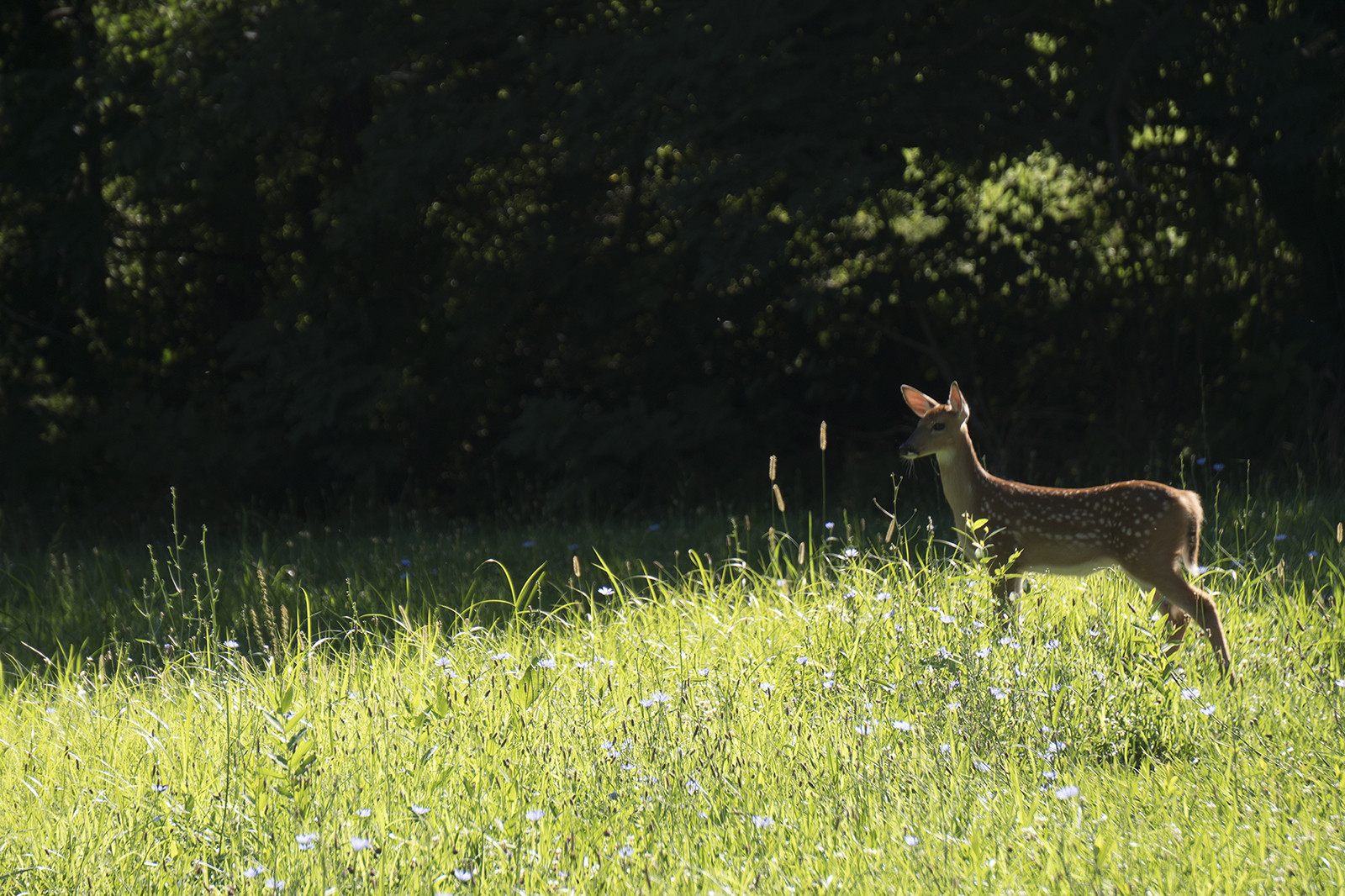 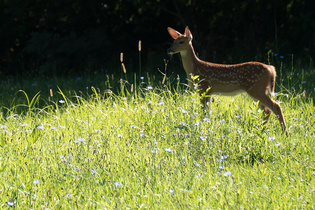 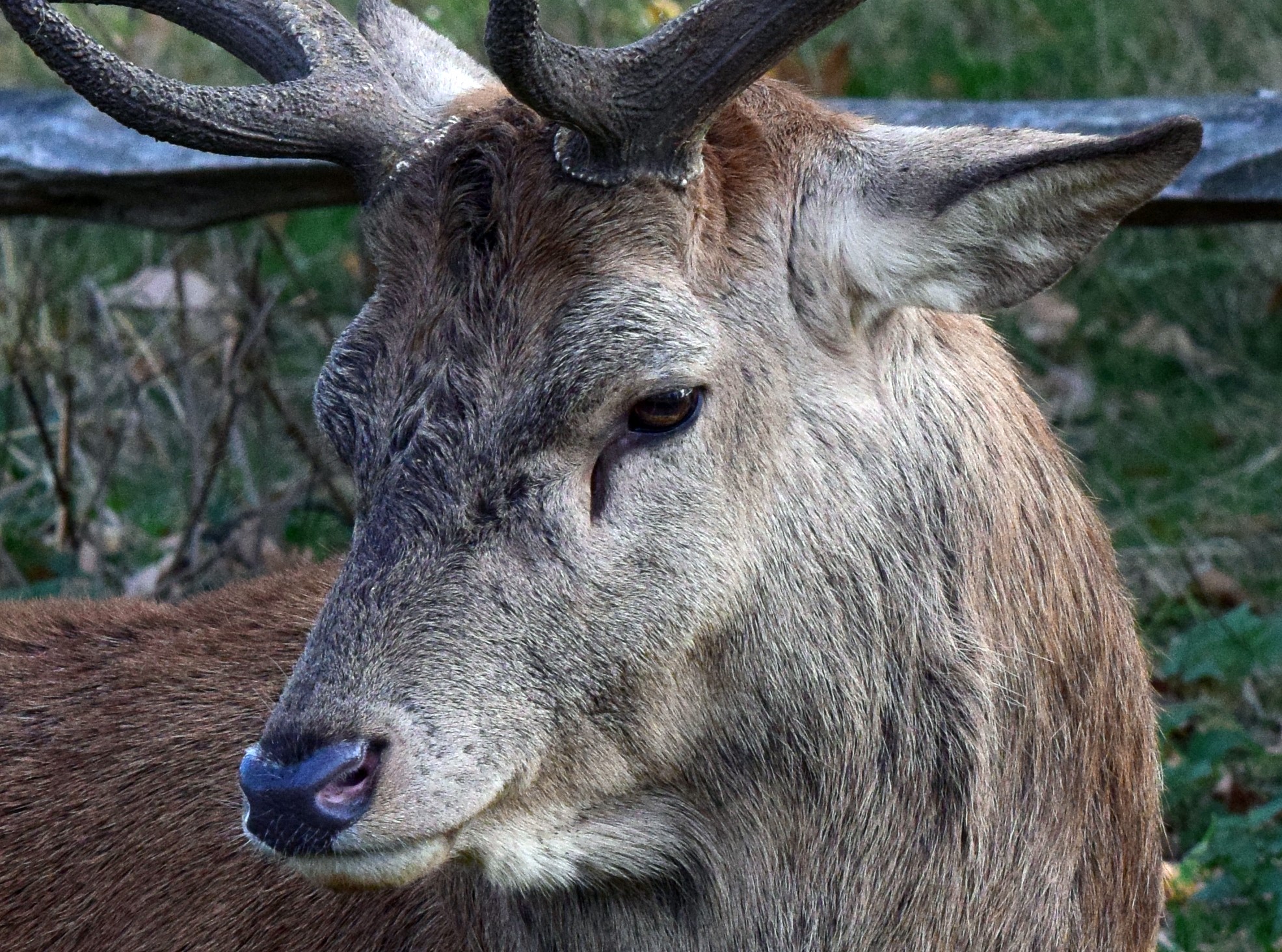 If you can persuade them (with food?) to come closer to a window or glass door of your house, they often will not notice you through the glass if you move slowly. I used to work at a place where the deer were often just a few feet away from a window and was able to snap some pretty close pictures (only a cell phone at the time). 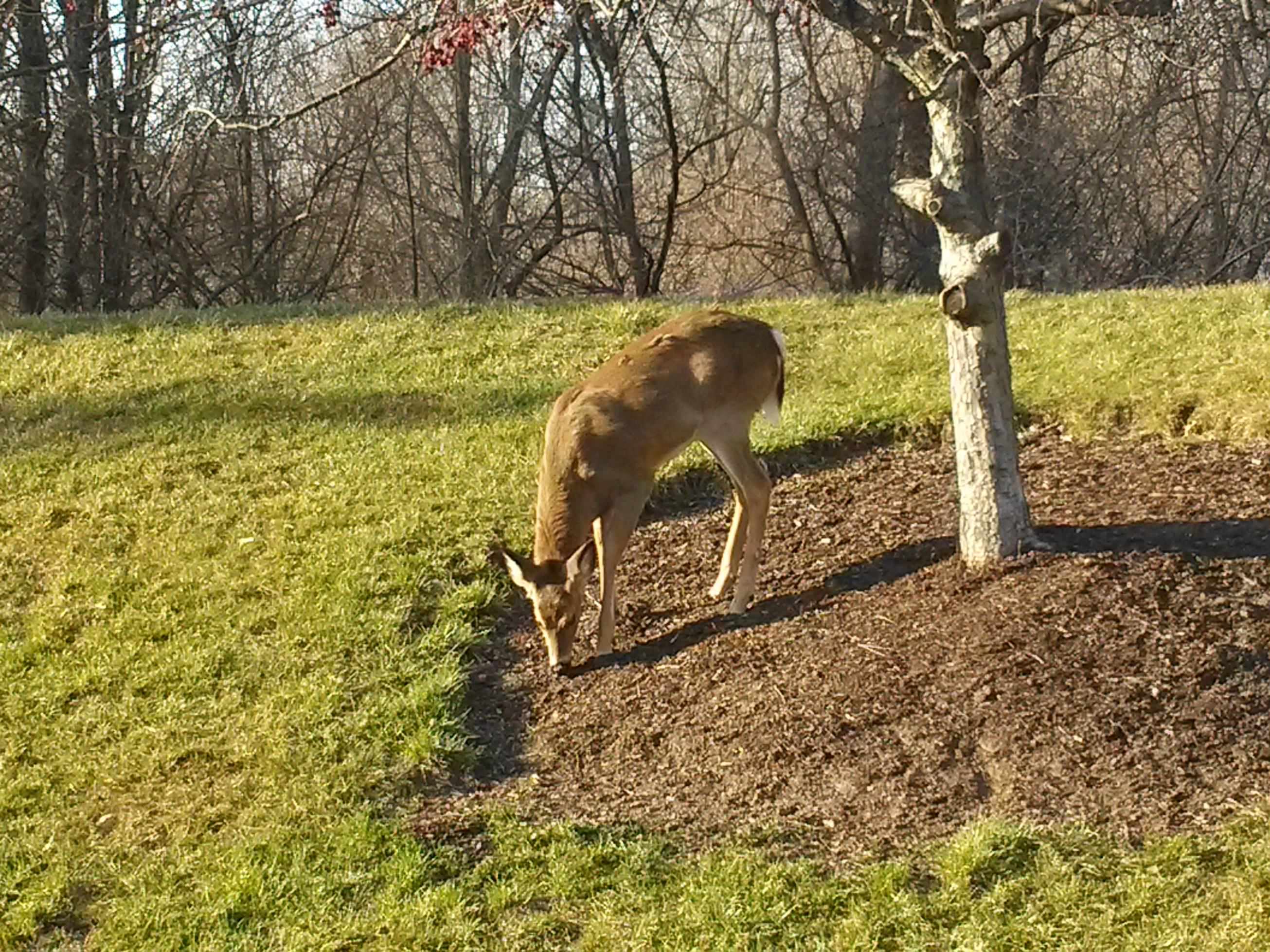 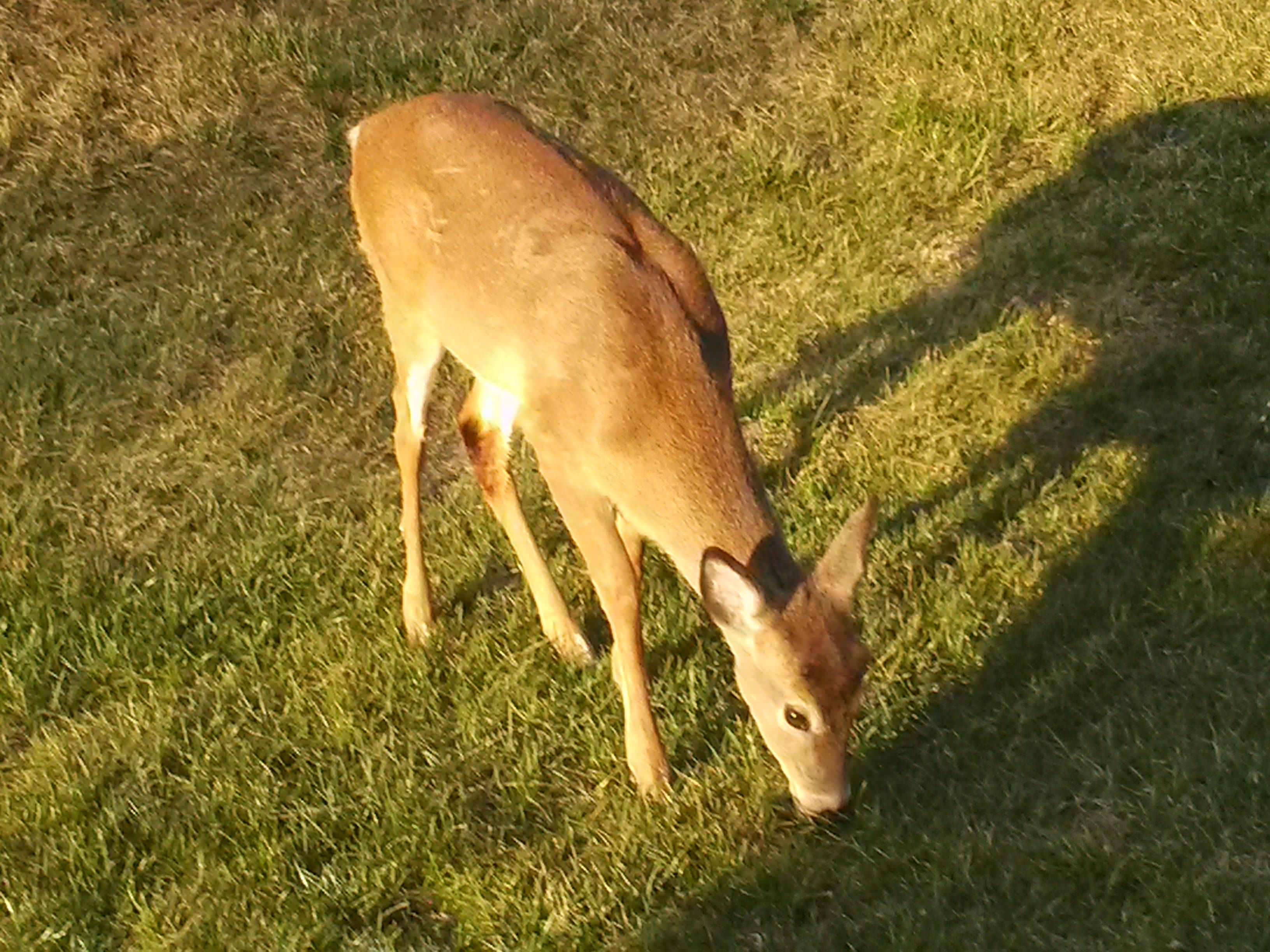 8
Should I shoot momma possum and her babies?
13
How do you identify the Common or Latin names of your subjects?
13
How can I photograph hummingbirds?
5
How do you take pictures of creatures which may move away when you get close to them?
5
How to *make* a nature photograph?
5
How to shoot whales?
1
What object is typically used to illustrate size of object on a photograph taken in the field?
1
How can I do an image sequence with a theme of nature (plants, flowers, etc.)?
10
How to photograph distant objects (10km)?
2
How could I make the snake better stand out from the grass in this “backyard wildlife” photograph?