What is a "frameline"?

Framelines are visual guide lines seen in a viewfinder that indicate what will be captured in the image. Most cameras nowadays just use the entire viewfinder space to show what will be captured, but this was an essential feature for older cameras, especially those like rangefinders where it isn't possible to view through the lens.

Here's an image from a rangefinder I own, the Fuji GW690. 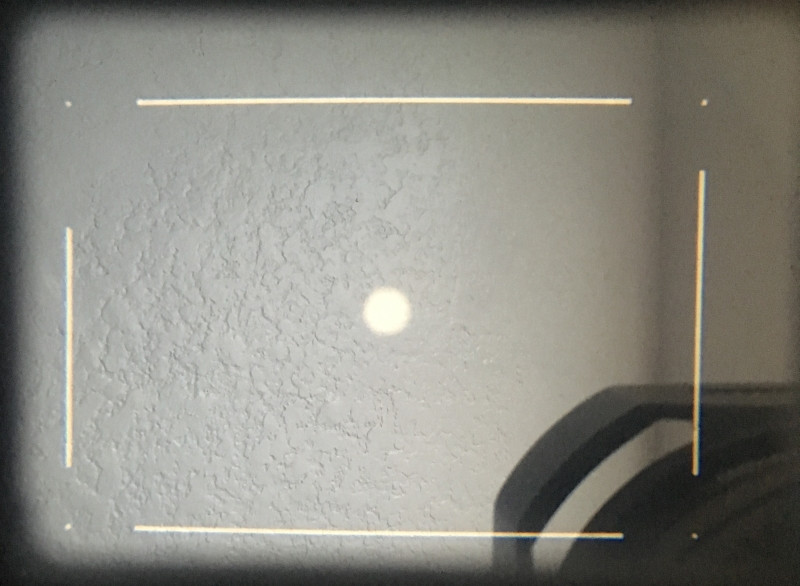 Note that we are definitely not looking through the lens here as the top-left corner of the lens & hood are visible in this shot. Because rangefinders don't have a mirror available in the line of sight to split/alternate the view between the viewfinder and film, a separate view is used with frame lines to show the capture area. Also note that rangefinders may come with alternate viewfinders mounted on the top shoe or on a spot on top of the camera to support views with other lenses whose field of view may not match the defaults on the camera. Some cameras also had multiple frameline boxes, each to support a specific lens known to be available for the camera.

The viewer magnification does not change, but you can switch lenses. To help you determine what will be captured on your photo a frame appears in the viewfinder (there would be a slight parallax error, but you can ignore it for a moment).

More expensive cameras had the option to change the lines that are displayed, cheaper ones displayed all of them a the same time.

To get the idea how that looked like check this image from the descriptinon of an older Canon rangefinder - http://www.mikeeckman.com/2016/02/canon-p-1961/

Aiming the film camera has always been problematical. Early film cameras sported an eyelevel viewfinder. The view seen in this viewfinder resembles what one sees when looking through binoculars backwards. In other words the view presented a miniature image of the outside world. The viewfinder incorporated a rectangular mask that framed the view so it corresponded to the view as seen by the film when the picture was taken.

As the miniature camera (35mm) evolved, so did the camera lens. An advanced photographer carried a gadget bag filled with optional lenses, likely a wide-angle, and a telephoto. The ability to interchange lenses was a desirable feature. However this ability greatly compounded the difficulty to fit the camera with a viewfinder that showed the various views delivered by different lenses. Keep in mind that the zoom lens was yet to come.

One solution was to install a “reticle”. This is an idea bowered from telescopes and binoculars. We are taking about crosshairs and measuring scales that show as outlines superimposed atop the observed image.

Interchangeable lens cameras sported rectangular labeled reticles, one for each of the popular available lenses. Now a viewfinder view revealed several black outlined rectangular outlines that represented the view as seen by the various lenses. The black outlined reticle failed in feeble light. Leica and Nikon and others found a clever way to make the frame lines glow with light. This was accomplished using additional optics that allowed ambient light to enter the viewfinder system. With this feature, one sees glowing white rectangular frame lines that defined the field of view of the various available lenses.

21
What is background compression?
18
What is "100% crop?"
9
What does "workflow" mean?
2
What is the name of a tripod feature that adjusts level automatically?
1
What do you call a photo session that involves youth & erotica?
2
What's the difference between a colorimeter and a spectrophotometer?
30
Why is there "single" in the term DSLR (Digital Single Lens Reflex)?
3
What is lens astigmatism?
0
What is the quality or characteristics of photos of different cameras or lenses called?