How to "NOT" photograph reflections on water

Is there any lens filter or any other technique, that I can use to photograph lakes, oceans or any water source, without the reflections on it?

Every photo of a water source can be seen with a reflection of any objects or the reflection of sky. I just need to capture the lake without any reflections on water.

What is the technique?

Use a polarizing filter, which will filter out light polarized in a certain direction (turn the filter until the desired effect is achieved).

This works, because reflected light is polarized in the plane of the surface it is reflected from.

Note that the sky's blue is also polarized, you'll see a distinct graduation when you look at different angles to the sun.

Here you can see two pictures i recently shot (smartphone through sunglasses, please don't judge me) to test the effect. 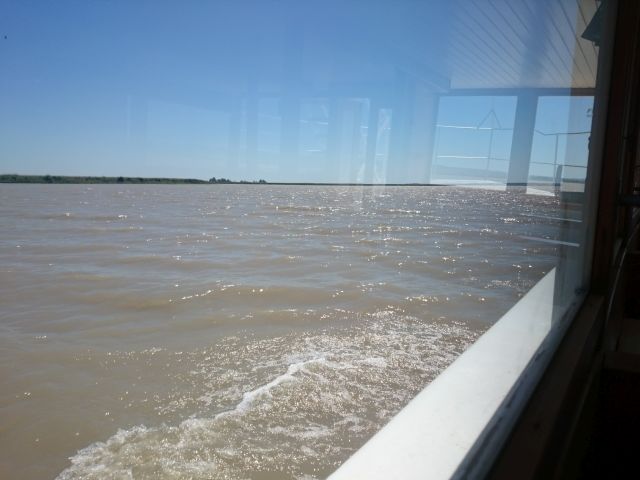 The first picture shows reflections in the water and the window; the polarizer is turned in the wrong direction. 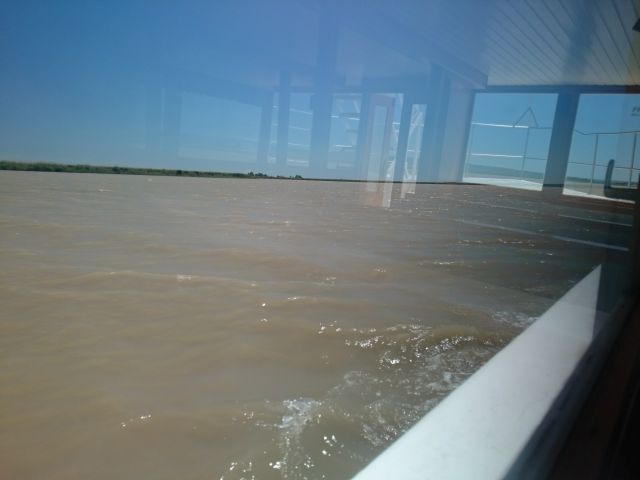 In this picture, the filter is aligned with the reflections from the water, which are greatly reduced.

If you want to get the effect without photoshop trickery there are couple of factors to think about. Generally reflections off of medium boundary (like water) are governed by Frensell equations that predict that the amount of reflected light is dependent on the orientation of the reflective surface and the polarization of the incoming light.

When photographing water some light is always reflected, but the amount of reflected light is very low below the Brewster angle (53 degrees) and rises quite rapidly above that. What this translates to is that water photographed from above at no more than a 45 degree angle from shooting vertically will have much less reflections. So get up on a high vantage point and shoot down.

Secondly when the water is still it will keep a consistent angle of water toward the camera, a smaller angle (shooting more at a downward angle) is needed for a wavy sea than a still lake.

Light polarized at different angles to the plane of incidence reflects in different proportions, generally all light reflects at the same rate when shooting vertically, and then one polarization decreases with increasing angle, until it is not reflected at all at the Brewster angle, after which it starts to be reflected again. Light from the sky is also polarized, most highly at a 90 degree angle from the sun, which affects the amount of reflecting sky at different angles towards the sun.

The first consequence is that a polarizing filter can partially cut out one polarization from the reflection, leaving you with less reflected light, especially at moderate reflection angles and at 90 degree angles relative to the sun (so something like mid-late afternoon and shooting with the sun to the side is usually good enough). This is widely used to get clear shots of people through the front or side windows and decrease the amount of reflected light off of a water surface. Though it will generally not eliminate all reflections, if done correctly they will be imperceptible.

The second consequence is that usually clouds will usually be reflected more than the sky (because they scatter light without polarizing it), and a polarizing filter enhances this effect, so shooting during a cloudless day will give less reflections.

The last thing to note is that it is easier to achieve all this with longer focal lengths, and positioning the frame in landscape orientation because the angle of incidence to the water will change less across the frame (this can be quite a big factor as if you were to position a typical phone camera in portrait mode the difference in the angle across the frame would be 54 degrees, so typically you go from almost no reflections at the bottom of the frame to a lot of reflections at the top).

A polarizing filter will do the trick for you. It removes the reflections you mentioned.

Not the answer you're looking for? Browse other questions tagged filters polarizer reflection water or ask your own question.

11
How can I take advantage of the transparency of water in a landscape photo?
1
What to look out for when shooting in direct sunlight, causing hard shadows and shiny patches on water?
0
Shimmering waters without reflection

11
Is there any filter opposite to Polarizing filter, to emphasize reflections?
20
How can I photograph a reflective convex cylindrical trophy without reflections?
5
What do I need to know about using a polarizing filter at night?
4
How to prevent water droplet formation on waterproof camera lens?
3
How can I reduce reflections in a glass corner?
1
Can a circular polarizing lens (CPL) be rotated to end up completely without any effect
4
How do I remove specular reflection from metal and plastic glasses product photos?
8
Are polarizers effective against reflections from glass?