What is this Optimar 2 Inch f/1.4 Infrared Industries lens?

Today I bought this lens for $12 US at an antique shop. I am having trouble finding any information about it...

Am I missing part of this thing or something?

Ultimately, I want to try and find a converter to Sony E-mount and use it (looks old but, the glass isn't cloudy or scratchy.) But, I'm also abashed at the fact that there is no focusing mechanism... 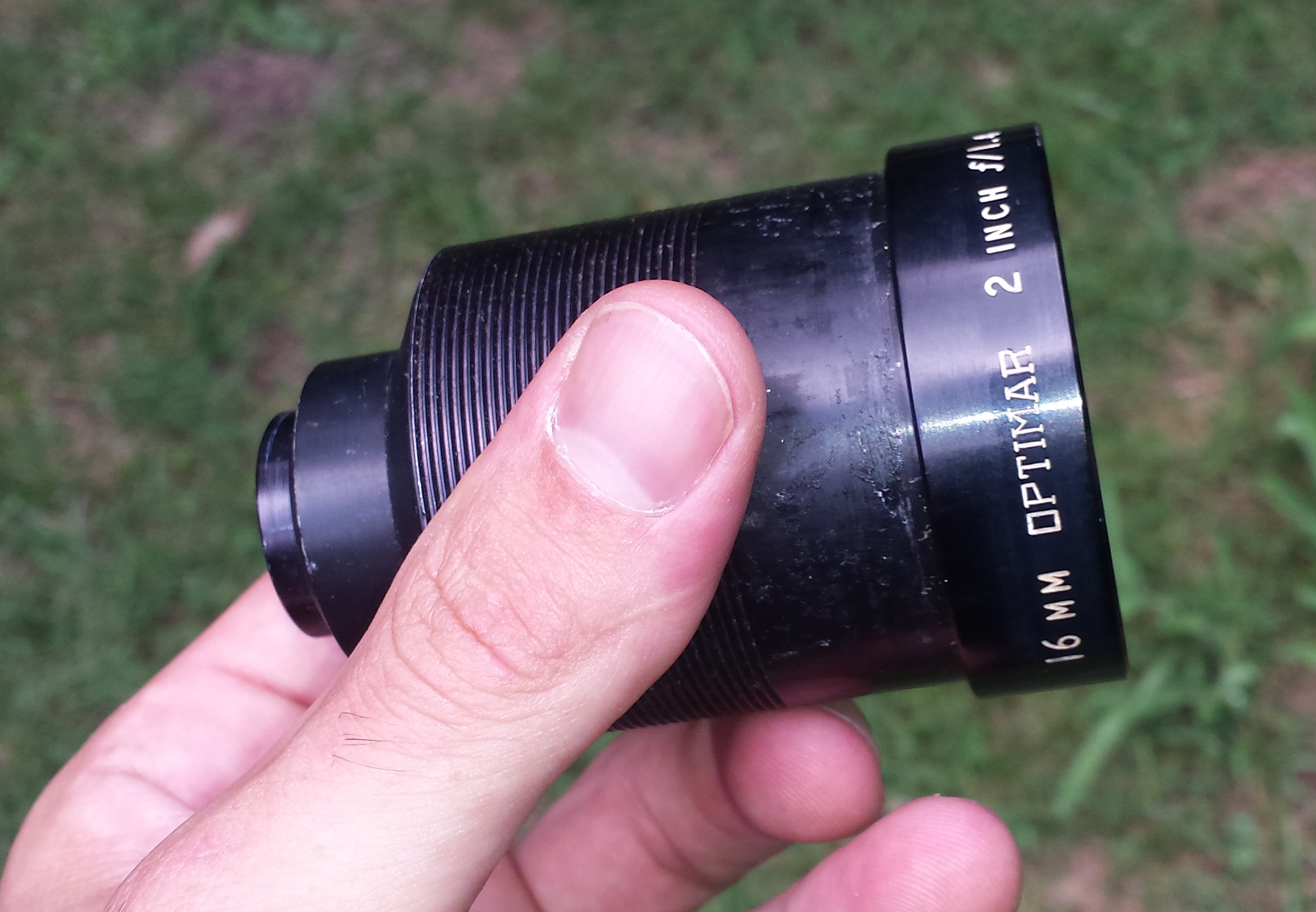 Compare it to similar Bell & Howell 16mm film projector lenses, such as this one for sale on eBay.

Assuming the lens's image circle is not substantially larger than the diagonal of 16mm film format (which has a nominal size of 0.380 in by 0.284 in), then compared to 35mm photographic film format, it will have a crop factor of 3.6. Thus, the ~51mm lens, after you crop your images to remove the smaller projected image, would have the same approximate angle of view as a 180mm lens on a full frame camera. Again, this assumes the lens's image circle is relatively tight to the diagonal of 16mm film.

In order to adapt this to your E-mount, you will need some means of focusing this. Some examples: