On the other hand lenses from the end of manual focus era (late 1970s to early 1980s) tend to have much fewer iris blades; often just five or six.

This holds true even for a lens that kept its optical formula unchanged over the years, such as the long lived Carl Zeiss Jena Tessar 2.8/50mm. It went from 12 blades to 5.

Manufacturing cost was certainly a factor, but could not be the only one — the cost and complexity of having a lens with many blades was at first accepted, and then not.

What was the reason for going from many to few iris blades?

I realize this is a possible duplicate to Why do lens manufacturers produce lenses with few aperture blades? - but I am asking why did the many irised lenses go out of fashion, which I take as a different question.

To illustrate my point: these two lens are optically the same (but about 20 years apart in manufacture). 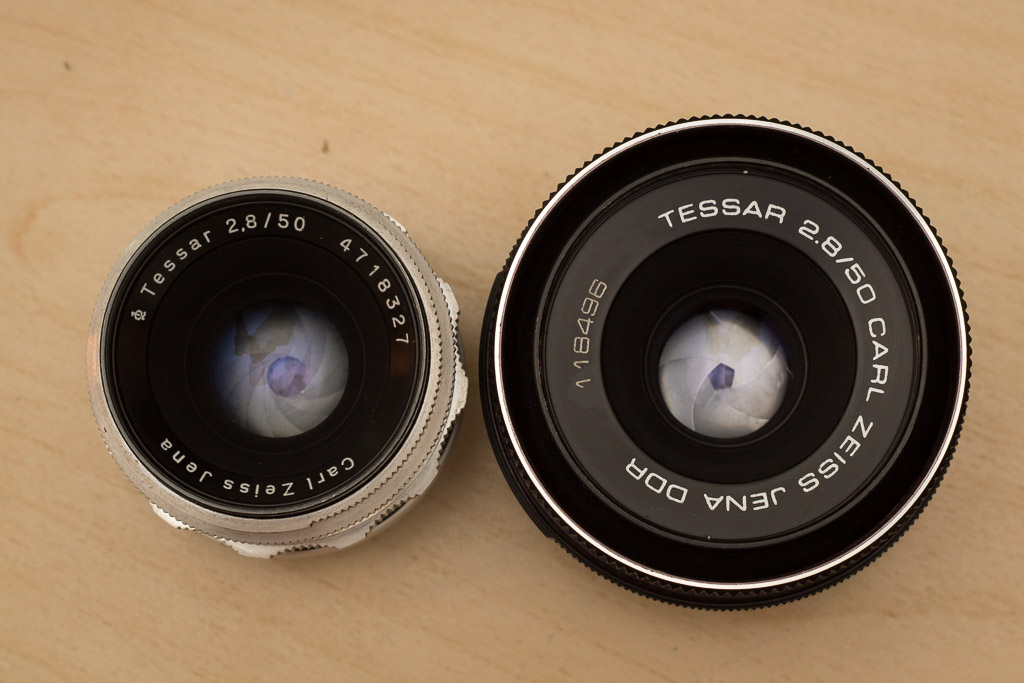 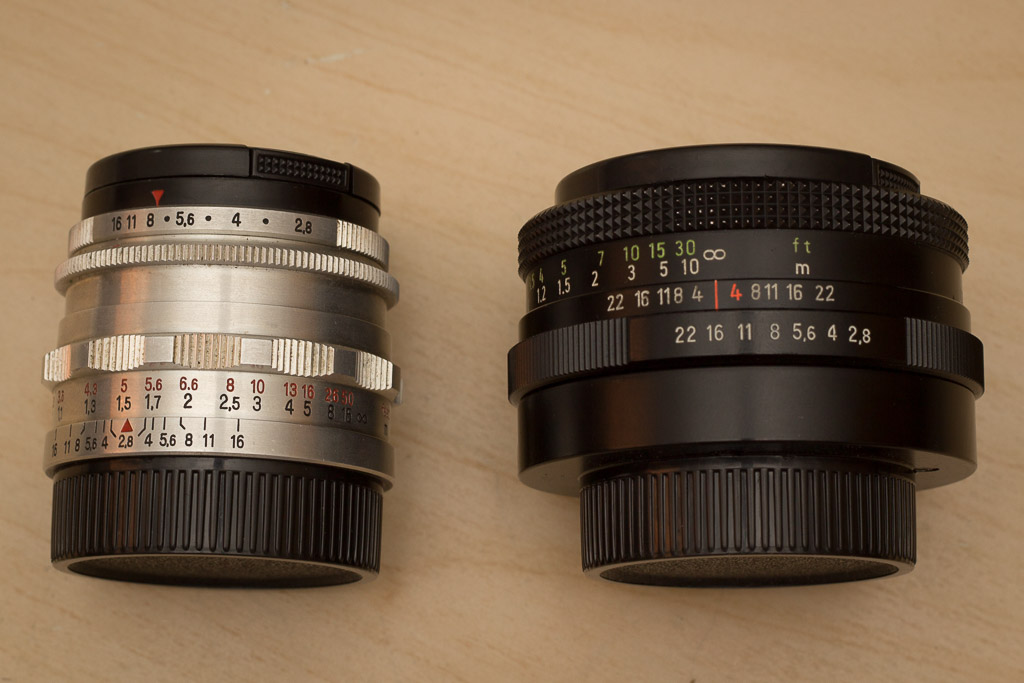 The standard type of iris diaphragms used in early lens designs featured numerous overlapping leaves. Each leave crescent shaped. The leaf is pivoted at one so that it can rotate about a fixed point. The other end of the crescent contains a pin. This pin is caused to slide forward and back in a slot attached to a control ring. As the control ring is rotated, the leaves change position such that the aperture diameter closed down or opened up. When the control ring is rotated to stop down the iris to a tiny diameter, the blades crowd together. Now the accuracy begins to fall off. Now tiny movements of the control ring are required.

The countermeasure is to change the shape of each individual leave so it resembled the shape of a “U”. This design delivered a linear change in the working diameter throughout the entire aperture range. additionally, fewer blades are required with this “U” shape design. Thus greater accuracy of adjustment is achieved. This improved accuracy is a must if the user is allowed to make f-numbers in 1/3 stop increments or finer.

The only way to know for sure would be to ask those who made such decisions for the manufacturers at the time. But we can make a few observations and educated guesses.

Not the answer you're looking for? Browse other questions tagged lens lens-design vintage aperture-blades or ask your own question.

4
Why do lens manufacturers produce lenses with few aperture blades?

44
What does the number of elements and groups in a lens mean?
2
How does the quantity of elements and blades in a lens affect the optics?
16
Why are 50mm Lenses Cheaper?
5
Upgrade from EF-S 15-85 IS
1
Why do I see focus less accurately in my DSLR's viewfinder and screen with old lenses?
5
What equipment should two very amateur photographers bring on a very short safari?
4
Differences between canon 17-85mm and 18-55mm
3
Should lenses of equal quality for smaller sensors be cheaper?
4
Why do lens manufacturers produce lenses with few aperture blades?
7
1960s-1990s third party lenses - why was the “lowest tier” cheaper to make?