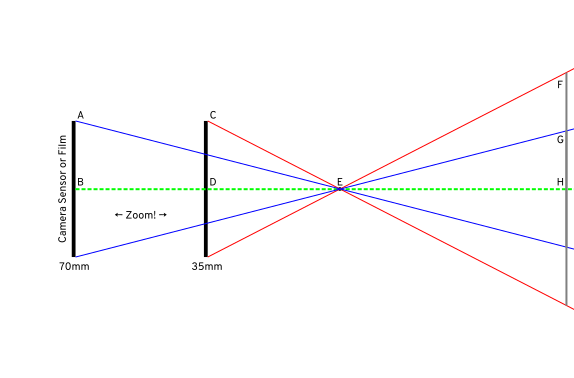 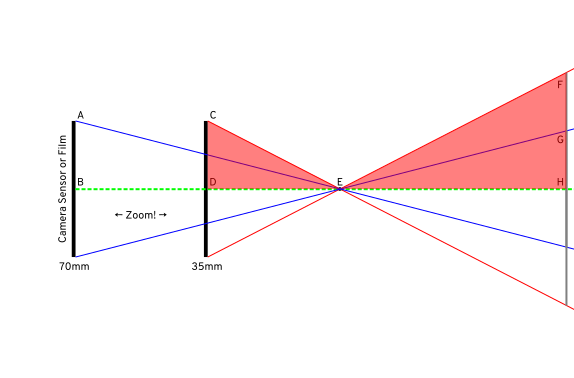 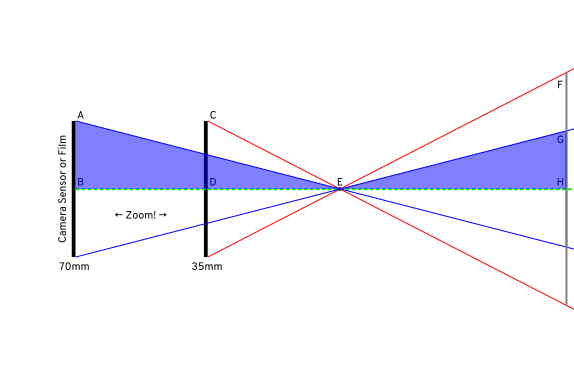 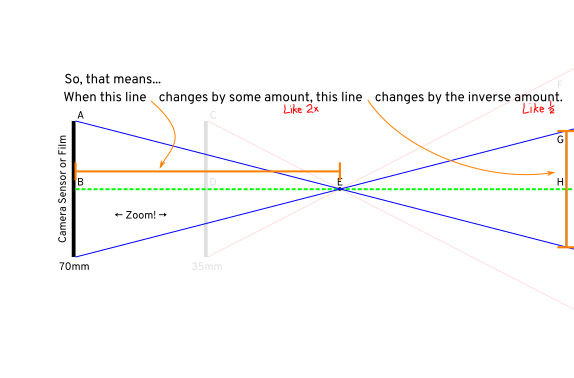 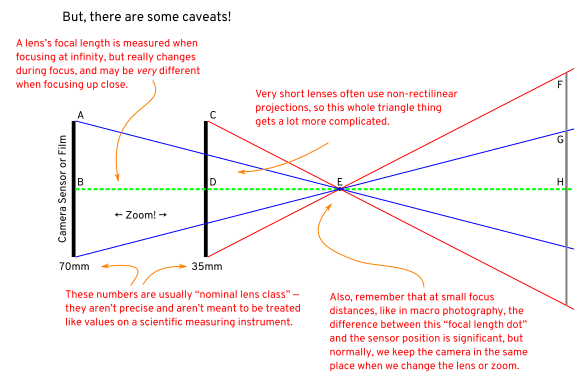 But in practice, especially with consumer grade lenses or even pro grade zooms, it rarely works out that way with any degree of precision.

87
What is "angle of view" in photography?
4
How is focal length facial distortion different on an APS-C sensor compared to a full frame?
2
Need help choosing a telephoto lens
0
How does optical and digital zoom relate to the "W" and "T" zoom controls on my camera?
1
How to mathematically crop photo from one camera to match view of another?
0
How do you determine focal length/wideness of fisheye conversion lenses?

15
Overlapping vs. Complementary lenses
2
Am I correct that photos from the 16-50 lens won't be much better than cropping photos from the 35mm prime?
0
Is this attempt to make lens measurements and focal lengths more intuitive correct?
2
Why image at 400mm is LARGER THAN DOUBLE of image at 200mm? (according to lens formula)
0
How do I find the focal length that will fit a poster in the frame from across the room?
0
How can I tell what focal length a zoom lens was set to for a photo of the moon?
10
Are lenses marked with the true focal length?
0
Effective focal length with crop sensor, and detail of image
1
What is the relation between aperture number and exposure, keeping all other parameters fixed?