Can the sun damage the sensor on a mirrorless camera?

I'm researching a good technique for taking pics of the upcoming solar eclipse and I want to use my Sony NEX-6 mirrorless camera.

I found this question here from 2010 but no one brings up mirrorless cameras.

With mirrorless cameras, the sensor is always exposed to the lens except for the fraction of a second before and after a photo is taken when the shutter does its thing.

I'm NOT interested in taking zoomed in shots of the sun to see sun spots or anything like that. I'm thinking a wider angle shot to get some subjects in the frame with the sun disappearing behind the moon during the eclipse. Will I need a ND filter for this? What #-stop? Then once it's fully behind it will be completely different conditions - it will be like night! But only for 2.5 minutes... should I use a ND filter during this time as well?

Oh, and the eclipse will occur right at noon if I stay here in Kansas. Might go to Wyoming or Oregon so it will be lower in the sky in which case it will occur at 10am and later. In August. So we're definitely not talking about sunrise/sunset which are much lower in power.

My Sony Alpha 6000 experienced extensive burn in from photographing the sun. The burn in happened either during experimentation prior to the eclipse, or during the August 21 eclipse. The burn in areas are the same hexagonal shape as the closed down aperture of the lens. It was a manual aperture Leicaflex lens with an E mount adapter.

I don't think the burn in happened during the eclipse, as I used ISO standard viewing glasses, with one side taped over the lens, during partial eclipse. Totality was not intense at all.

My stupidity at testing how well I could image the sun without a filter is undoubtedly the source of the burns. I shot at 1/4000 shutter speed and the lens stopped down fully to f22. The result was an almost black sky with lens flare instead of an image of the sun, so I didn't suspect a problem.

After the eclipse I shot pictures into a fog bank on the Oregon coast. Later, when examining these pictures I saw what I first thought was dust, but what I later confirmed were burn in hexagonal spots exactly the same in every post eclipse picture. The burn in considerably darkens the image in the spot but does not eliminate image information.

Years ago I shot with the Leicaflex lens on a Leicaflex using film, trusting to the focal plane shutter and the mirror to protect the film from light except during the shot. This formed a habit I knew better than to carry over to digital, but did anyway. With a mirrorless sensor there is no focal plane shutter or mirror protecting a sensor that is continuously exposed and activated. When I examine the spots, they are multitudinous and distributed all over the frame. Some of them are solitary and some of them are worm tracks. I can only conclude that the damage happened as I was composing the direct sun pictures, and the distribution of spots is due to relative dwell time in any one position as I composed.

There is one possibility of which I am doubtful but have not ruled out. I used that camera just before the eclipse for a lengthy panoramic shoot where the sun from two hours before sunset to final sundown was long in the full frame fisheye scope of view, with the camera on. The aperture of the full frame fisheye was between f8 and f11. I have yet to examine that lens for aperture type and size to see if it matches the spots. I don't think the fisheye would have caused the problem with the sun low in the sky, and the camera was on a tripod. The pattern of spot distribution strongly suggests a typical handheld jitter, just the way I used it with the 90mm lens.

It is interesting that the burn in spots are not round but hexagonal, the same shape as the aperture. I have yet to fully explain that phenomenon in optical terms. The rays from the sun are parallel, they converge to a point in the aperture, and the image is formed on the sensor in reverse orientation at a distance from the aperture equal to the focal length of the lens. Also, because of extensive lens flare, there was no direct image of the sun. If the aperture shape is a shadow cast by reflected light, that reflection had to have been cast by an element of the lens. Certainly, there was enough lens flare to support this hypothesis, a work in progress.

For now, I would warn that with mirrorless cameras, don't point them at a light any brighter than what you would look at with the naked eye. I strongly suspect an arc welding light would leave a collection of burn in spots where ever the position dwelled for a time. It is not enough to turn the camera off or use a lens cap assiduously. A mirrorless camera sensor is at risk whenever you can see an image on the screen. However, if internal lens reflections are the culprit, the risk may be greater with some lenses, particularly long focal lengths with internal flare. Or the risk may be unique to the particular classic Leica 90mm f2.8 lens I used.

I will probably let this go without much further research. During golden hour there's no risk, and I shoot at golden hour.

In terms of whether the sun can damage a sensor with shutter open for an extended time (eg in Live View), the general wisdom is that yes, it can damage the sensor. It's equivalent to frying an ant with a magnifying glass, except your lens is even more precise and capable of accurately focusing itself.

But as was pointed out to me on a recent episode with Science with Dr Karl, the web is not full of stories of people who have ruined their sensor from pointing it at the sun - in fact there are few hints of it - so it's likely that it takes more effort to actually damage the sensor than you'd expect.

I would say, you'd only be in trouble if you had it on a tripod, locked off the whole time so the sun was focused on the exact same part of the sensor for an appreciable amount of time. If you're taking shots, and in between you are moving the camera, you are fine.

An ND filter of 3 or more stops (x8) will at least cut down a fair bit on the sun hitting the sensor if you are concerned and you will have the framing locked off for some time.

have you ever focused a magnifying glass to start a fire. Well you are doing the same thing to the sensor on mirror less cameras. DON"T DO IT! without a filter.

The sun can only damage the sensor if a lens is focusing the sun's light onto the sensor. A comparison would be how our eyes' lenses focus light onto our retinas, which is why looking at the sun is so damaging for our eyes. The sun's powerful light is being bundled and focused onto one point.

A lens focuses light onto a sensor (or film) much like the lenses in our eyes focus light onto a retina. Closing your eyes reduces the amount of light that you see, like a lens aperture. You can (at least for some amount of time, you shouldn't try this) look at the sun while squinting. However this heavily reduces how much light you see. You will then have to control how the light lands on the sensor. You can accomplish this with a graduated neutral density filter, which will darken certain areas on the film, while leaving others unaffected. 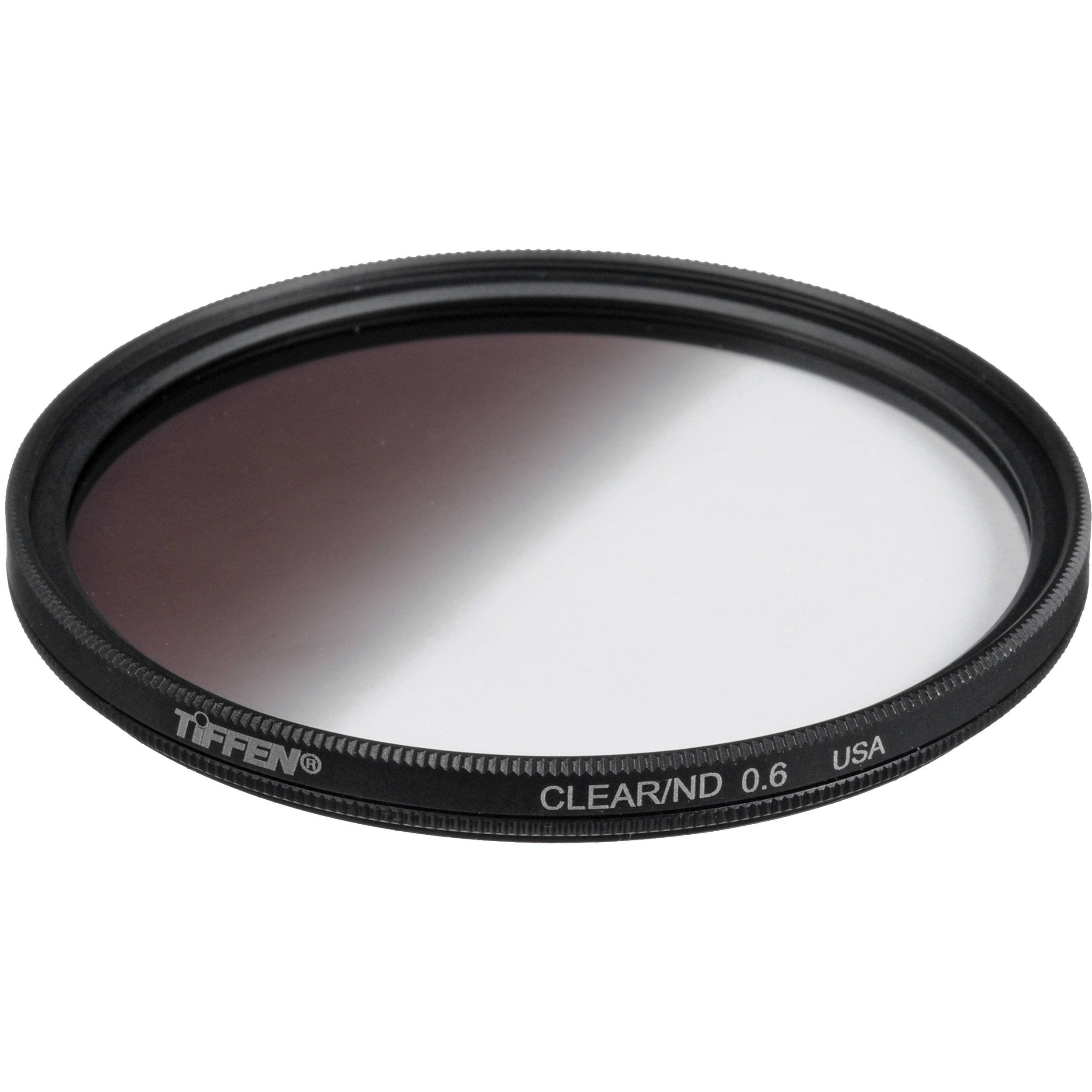 You can position the darker part near the top of the lens so that only the solar eclipse would be darkened, instead of the entire picture. This will cause the lower portion of the image to be exposed normally and prevent the upper portion from destroying your sensor. You will probably need to use multiple ND filters and shoot at f/22. You should also try experimenting with the ISO and the shutter speeds for the best exposure.

Not the answer you're looking for? Browse other questions tagged sensor mirrorless sunlight sun or ask your own question.

98
Can the sun damage the camera sensor? Under what conditions?
1
Can Low speed shutter damage Camera in Bright light?

98
Can the sun damage the camera sensor? Under what conditions?
2
Can the sun damage a point and shoot camera's sensor even when it is off?
0
Telescope Solar Filters to fit Canon Lenses
0
What size Baader solar filter do I need and how do I use it on my Nikon D5300?
4
How can I get prevent ghost sun images when shooting with a solar filter?
3
Do you need a solar filter for a wide-angle camera?
1
How do I detect sensor sun damage?
6
Antelope Canyon Sunbeams - when are they visible?
2
Shooting Solar Eclipse with an ND 100000 Marumi - Mirrorless Camera