I was in one of those mirror mazes where they have massive mirrors in a maze structure. However, these mirrors were lined with LED light strips, which were straight, because they were on the edge of the perfect rectangle mirrors. However when I took the picture, the LED strips in the farther away reflections (it was an infinite loop situation, where the light reflects of two or more mirrors) appeared bent, or wobbly: 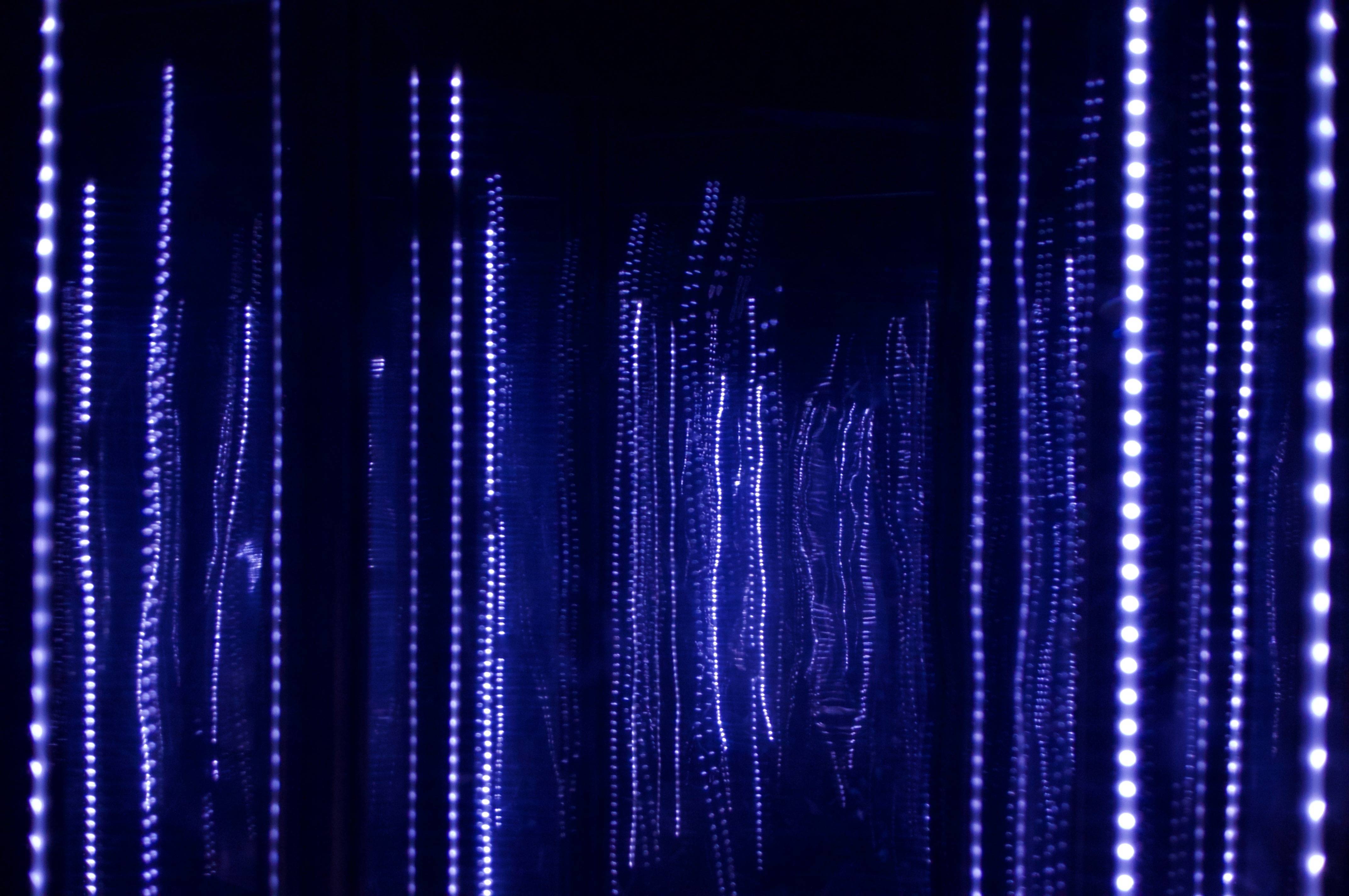 I was wondering why this was happening?

I thought it could have been caused by a time delay between where the shutter was at one point, and where the light was (in terms of reflecting), but that's probably wrong.

I bet the mirrors are made of cheap material and are not flat. Thus, the lines are distorted, and more so the more a particular image is reflected.

The mix of straight and curved lines makes some kind of rolling shutter effect not a likely explanation.

This is not an effect related to photography per se. It was that way to the naked eye, too. You may just have been to busy to notice.

Not the answer you're looking for? Browse other questions tagged light pentax distortion reflection mirror or ask your own question.

6
How does the mirror in a DSLR operate?
1
I've got a D3100 and the mirror broke!! What to do?
1
Not quite straight lines; any help in Aperture?
2
Which is better to use : Mirror or totally reflecting prism?
3
What causes barrel distortion?
0
Distortion Removal=Parallax Removal?
1
Nikon D90 mirror stuck
3
Does distortion change with focus?
8
How can I keep lines straight when taking photos of my artwork for printing reproduction?
1
Black fabric, or material, that is truely non-reflective