I am looking for some neat Lightroom Presets for landscape photography. I tried to achive a muted colors look myself, but my photos started to look a bit weird...

Here are some examples of what I'm looking for:

The effect I am looking for is mainly the flat look of the colors. In th first image you have basically no blue tones and the shadows are not pinch black, they are greyish. The second picture has a similar look. There are no blue tones aswell and the meadows have an amazing color. It's not green or yellow, it's something in between. And the shadows are flat, too.

It's entirely a product of Contrast through the use of Curves (or Levels).

Raise your black point in the curve (RGB curve).

Then lower the white point in the curve (RGB curve): 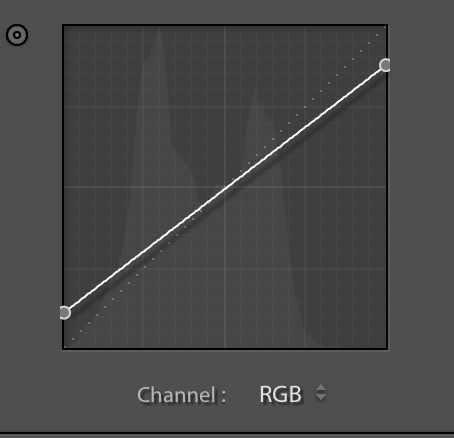 Then change to one of the individual channel curves and alter the black point slightly to put color into the shadow. For example your second image has a Yellow tint on the darkest portions.

(You could split tone instead of the individual color channel adjustments, but its easier to just learn to adjust these curves)

To verify I'm not making this up or guessing here's a basic analysis of your second example. Notice the histogram doesn't go from the left to the right but stops short of both ends.

The Lab of the Black Point (1) shows the Lightness stops at 16 instead of 0 (which would be black). The a is completely neutral at 0. The b goes positive which is towards Yellow.

On the Lab of the White Point (2) the Lightness stops at 87 instead of 100 (which would be white). The a again is neutral at 0. The b goes negative which is towards Blue. 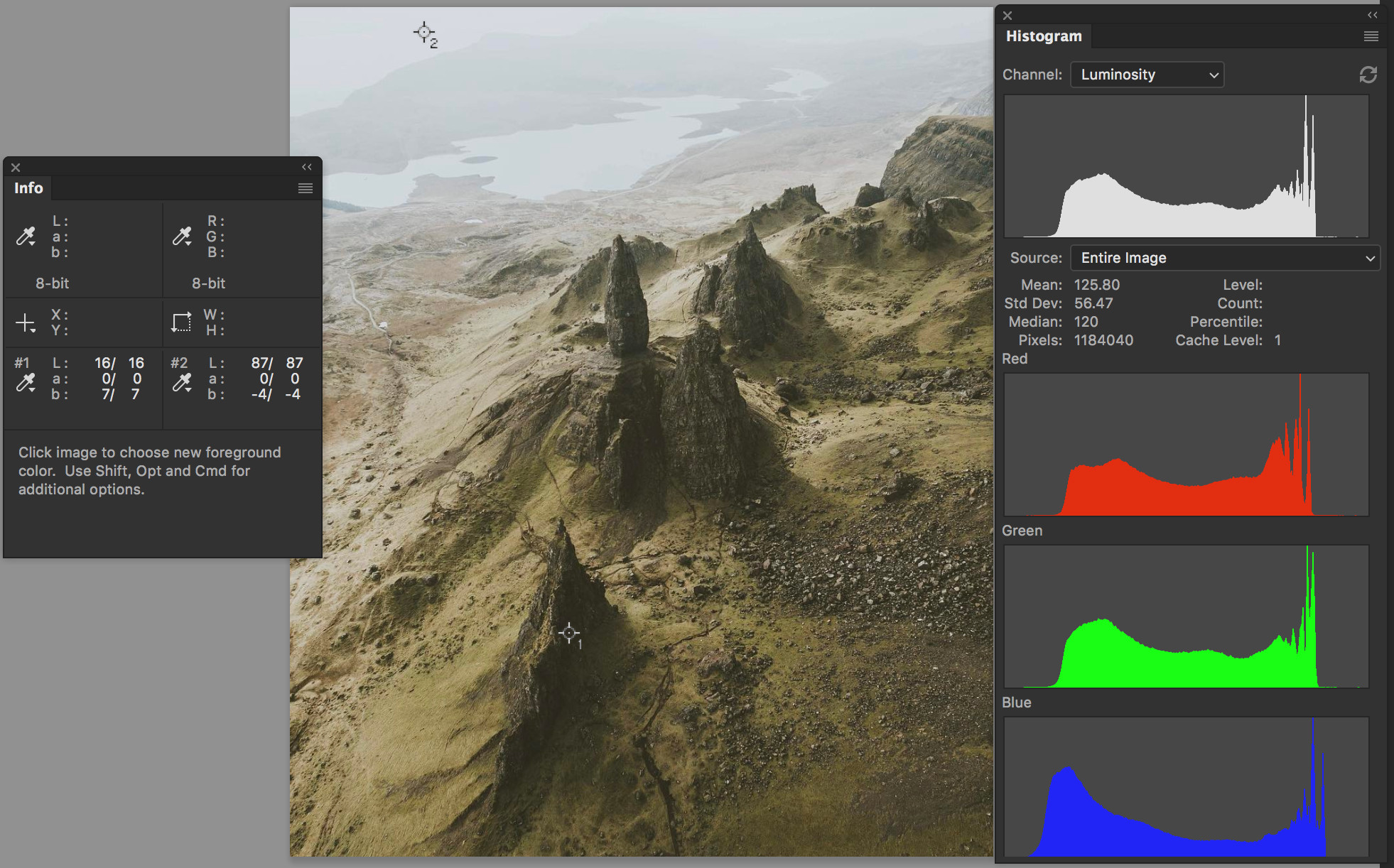 So in this particular case they're flattening the the image (flattening the steepness of the curve) and then punching some opposing colors into the whites and blacks. The main thing for you though is the muted colors come from bringing down the contrast by raising the black point and lowering the white point.

It's the exact same premise as the answer I gave here except this one is Landscape and in LR instead of a street photo in Photoshop: https://photo.stackexchange.com/a/88464/27243

Not the answer you're looking for? Browse other questions tagged lightroom post-processing photo-editing landscape presets or ask your own question.

12
Where can I get Lightroom Presets?
1
How to post process in Lightroom 3 to achieve rich colors like this
0
Getting the Instax-camera look in post?
2
How do I give my images this vintage travel photo effect?
2
How to achieve this Desaturated/Flat yet Vibrant with Tanned skin tones in LR/PS?
1
How do I standardize white-balancing in Lightroom without using auto?
5
A photo effect that favours yellow & blue; What is its name & how is it done with GIMP?
0
Lightroom Preset/settings for dominant blue/orange-like look
0
LightRoom presets
3
How can I bump up shadows in post without overexposing the image?