How would I be able to properly calibrate the Kalart Rangefinder on a Speed Graphic?

The Kalart Rangefinder on my Speed Graphic was out of sync and I tried recalbrating it. However, on this camera it appears that there are two ways to adjust the position of the lens. There appears to be some strange distance scale, I can't figure out what the numbers represent. 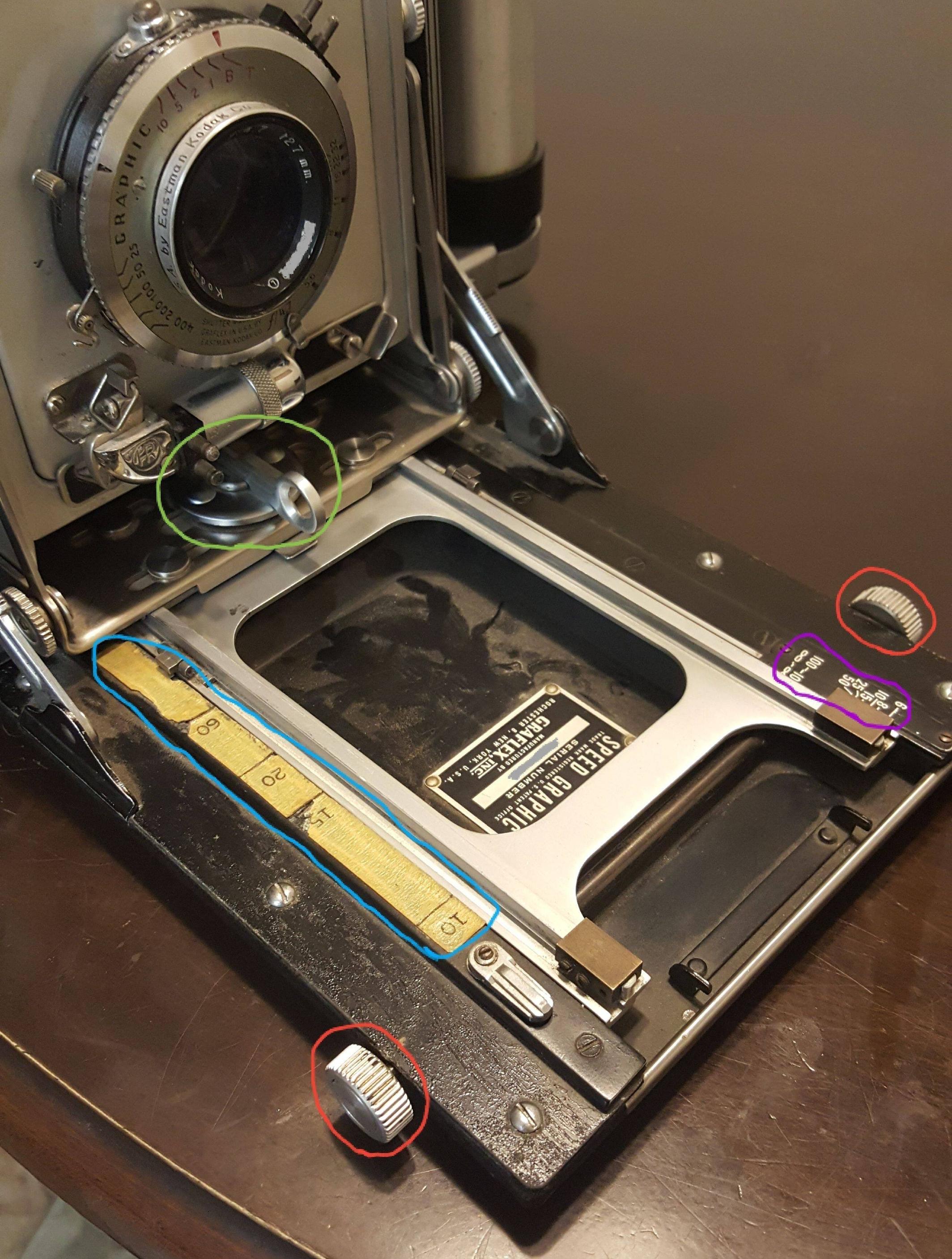 In this image, red and green represent how the lens position can be changed, either by moving the rails, or by moving the lens body itself. Blue and purple represent the distance scales, at least that's what I think. I don't know what the scale I circled in blue represents. The rangefinder can only be adjusted when I move the rails on the camera (circled in red) Is there supposed to be some place I lock the camera body to? My rangefinder is rather inaccurate when there are two ways to adjust where the lens is located.

repair large-format rangefinder
Share
Improve this question
asked May 20 '17 at 5:29

On both sides of the rails, very close to the camera are flip-over stops, one on the right, one of the left. When you open the closed camera cover, you pull the lens forward until it contacts these stops. The stops have been previously adjusted as to their position. This act correctly positions the lens for infinity focus. You can override by flipping these stops over. Now the lens can be freely moved forward of this infinity position. To re-calibrate, the infinity stops are locked in place with a screw. Loosen the screw on both infinity stops. Slide them far forward. Set the purple circled scale index so the index mark aligns with the infinity symbol. Set the shutter to "T". Focus using the ground glass on a distant tree. Use a 10X magnifier to assure tack sharp focus. Once achieved, slide the infinity stops to the rear. They are positioned to rest against the structure holding the lens board. Tighten the set screws. You can repeat to improve this adjustment.

Not the answer you're looking for? Browse other questions tagged repair large-format rangefinder or ask your own question.