I've done a lot of searching but haven't found much regarding film Advance lever/trigger errors. Symptoms: lever will advance once or twice, with the firing sound being a dull "krk", not the bright "K-chung!". After one or two advances, the mechanism becomes jammed, and one cannot fire or Advance. Removal of lense showed that mirror was not flipping up during misfire. Removal of bottom plate showed that internal mechanisms were not pulling spring fully, which was not cocking the firing gear hammer arm(I wish I knew the nomenclature! See pic.)

Any clues? I read somewhere that the white firing gear may just need lubrication.

Would wd-40 be appropriate for internal SLR mechanisms? 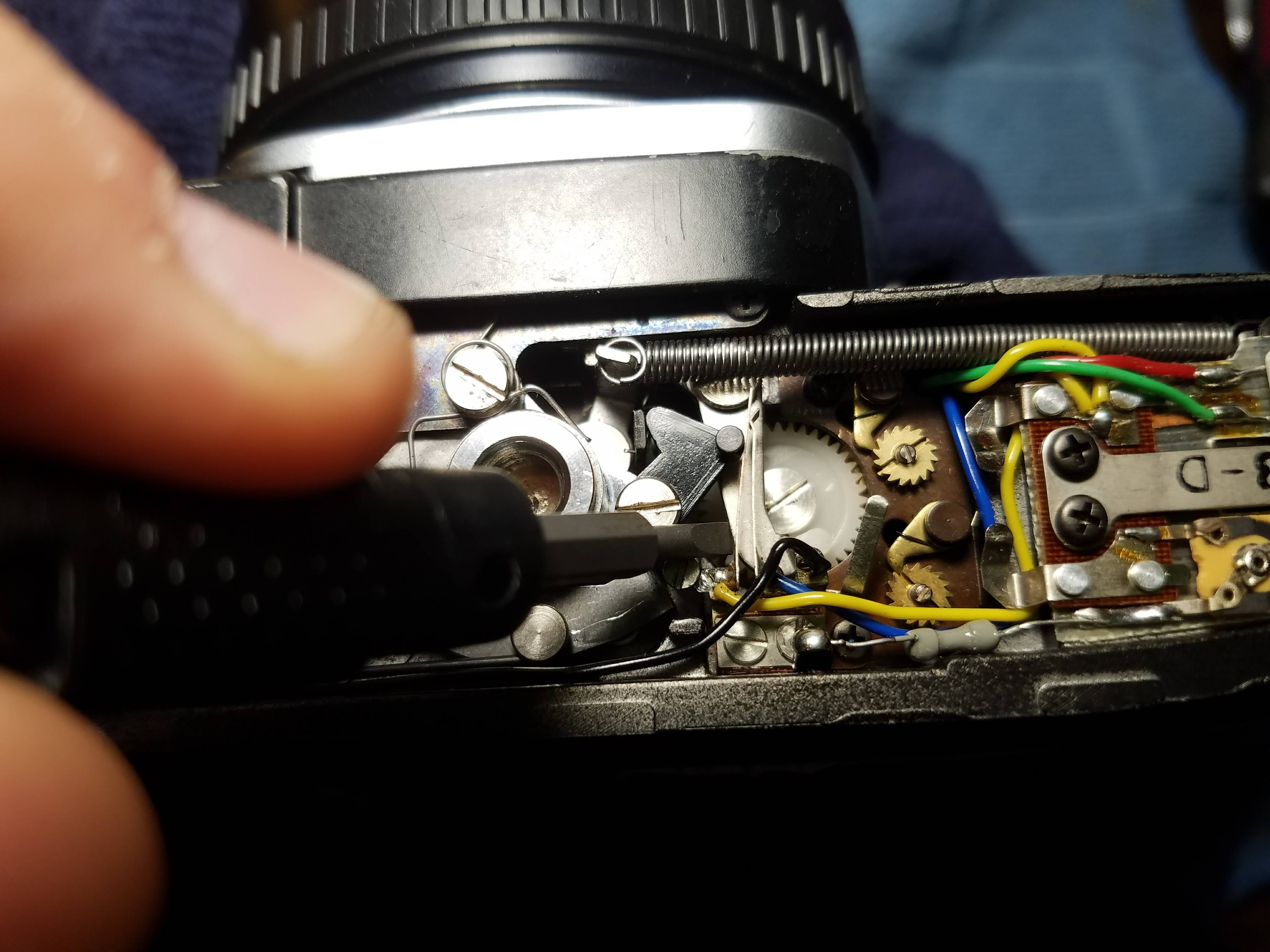 Reset to default
1
Want to improve this post? Provide detailed answers to this question, including citations and an explanation of why your answer is correct. Answers without enough detail may be edited or deleted.

Use electronics cleaner on the mecahnism shown in your pic. You need to free up the gunk that is making it stick. The cleaner removes the gunk and it evaporates quickly. Only lubricate if you absolutely need to. WD-40 is an option, but be careful not to overspray.

Not the answer you're looking for? Browse other questions tagged film slr minolta or ask your own question.