Does this telescope only have a 4 blade aperture?

I was just looking at an image from NASA's APOD project 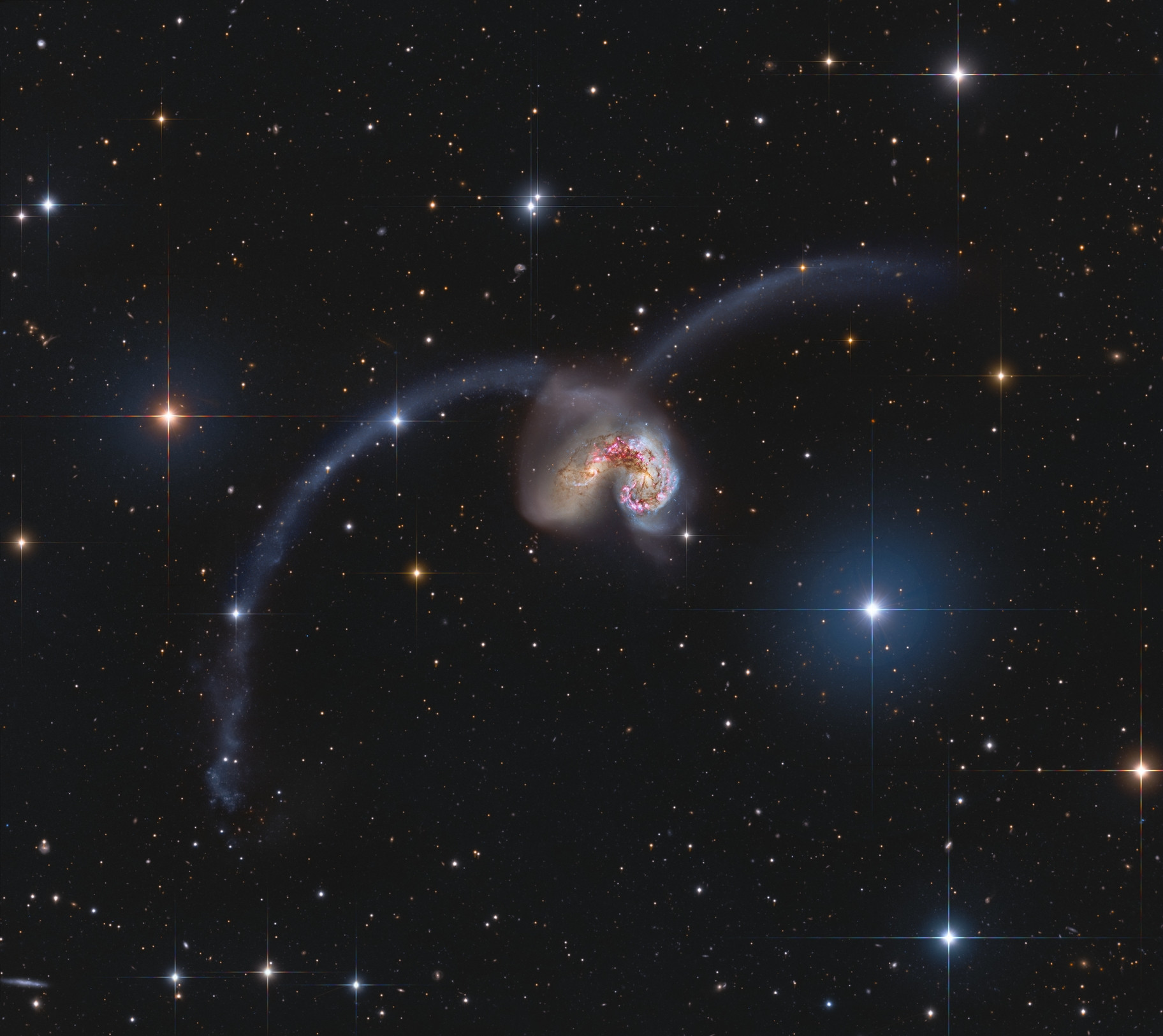 I noticed that the starbursts are directly horizontal and vertical. If I recall correctly, on my DSLR I get one "ray" per blade. So does that mean that either the Hubble telescope or the Subaru NAOJ telescope just has a 4-blade aperture?

If not, what else would cause the burst pattern like that?

What you're seeing isn't the result of an iris aperture like in a camera. The 4-point diffraction spikes in the telescope are caused by the four struts holding the reflector in the mirror telescope. This diagram from the Diffraction spike Wikipedia article shows the diffraction pattern (below) created by the corresponding strut arrangement (above):

Why do stars have a cross-shaped distortion in most Hubble images? Why do galaxies not?

The cross shape visible on bright objects (such as stars) in Hubble images is a form of distortion that is visible in all telescopes that use a mirror rather than a lens to focus light rays. The crosses, known as diffraction spikes, are caused by the light’s path being disturbed slightly as it passes by the cross-shaped struts that support the telescope’s secondary mirror.

It is only noticeable for bright objects where a lot of light is concentrated on one spot, such as stars. Darker, more spread-out objects like nebulae or galaxies do not show visible levels of this distortion.

In your question, you said,

If I recall correctly, on my DSLR I get one "ray" per blade.

If by "ray", you mean a single line from the center of the star outwards, then no. You get two per blade. You get horizontally-opposed "rays" from each edge in the aperture.

In those cases, because of the presence of edges within the aperture that are 180° opposed, the half of the generated rays are overlaid on each other.

But in the 3-strut ("Y") arrangement on the far right, no struts are in 180° opposition, so you can clearly see the six generated rays, two from each strut.

Comparison of diffraction spikes for apertures of different shapes and blade count by Cmglee, via Wikimedia Commons. CC BY-SA 3.0

In general, an aperture of N blades will create:

This is why 7- and 9-bladed aperture DLSR lenses create beautiful 14- and 18-point sun spikes at small apertures.

@scottbb's excellent answer is thorough. For scientific analysis of images from Hubble, one has to account for all aberrations, diffraction, and pixilation. There is a nice writeup on this: 20 years of Hubble Space Telescope optical modeling using Tiny Tim. 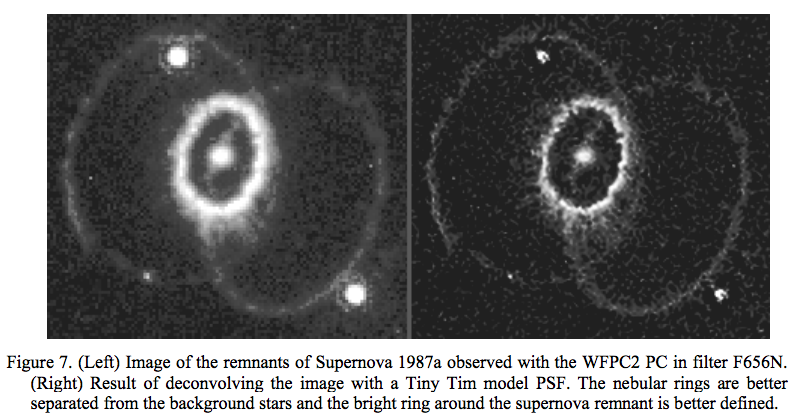 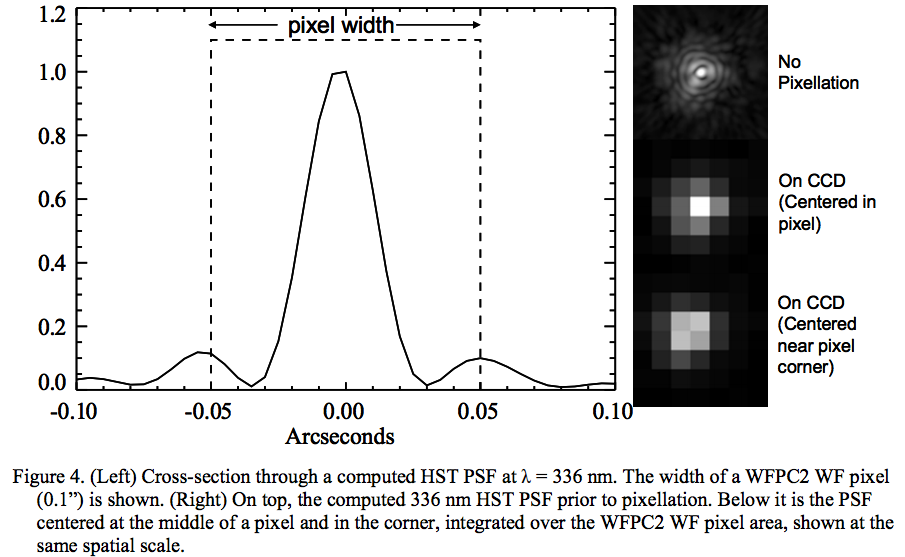 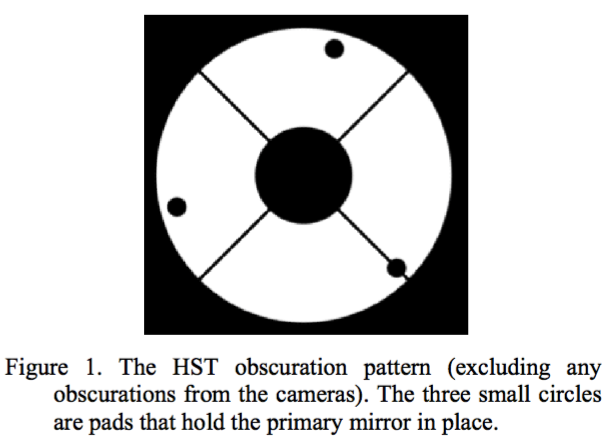 Not the answer you're looking for? Browse other questions tagged aperture starbursts or ask your own question.

16
Why isn't my variable-aperture photo more interesting?
0
What impact on image resolution does the aperture have?
8
Why does my Zeiss Hasselblad Distagon lens have a 5 blade diaphragm?
6
Does the same aperture at a shorter focal length allow for faster shutter speeds?
15
DSLRs with separate controls for aperture and shutter?
0
Why are only certain values used for the aperture?
1
Why does my Rokinon lens have no aperture control on my screen?
0
Nocticron aperture ring only works with Panasonic bodies?
0
How to take pixel-for-pixel aligned pictures with a DSLR and iPhone 7?
0
EOS 250D the aperture changing only when picture is taken