What is the Canon PE Mount?

I was exploring the internet this evening and came across an article on the even rarer then the 1200mm; the Canon PE 300mm f/1.8. 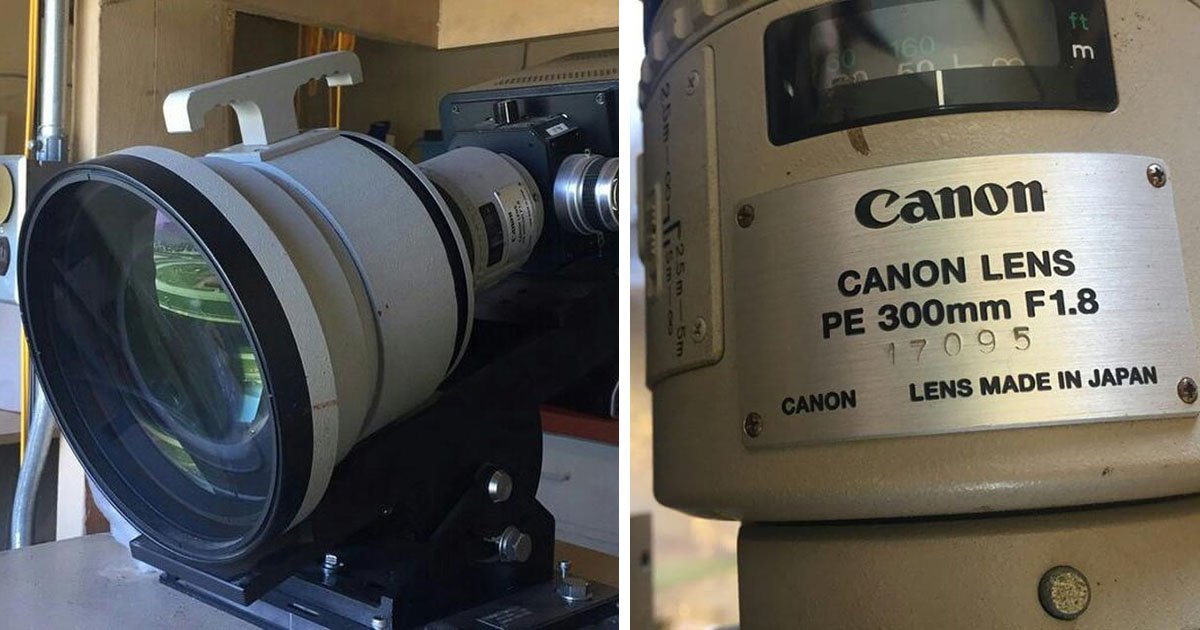 Now although the article says the lens has an EF mount, on the nameplate it clearly says PE (I wonder if the black box it's connected to provides an EF/PE mount conversion). Now I've heard of the EF, FD etc but what's the PE? I know there's a Bronica mount called the PE but I'm unaware of Canon making third party lenses for another manufacturer.

Is this just a Canon lens manufactured for a third party, or is there such thing as a Canon PE mount?

The Petapixel article that seems to be the only information about the lens on the web states that the lens has an EF mount, so I don't think there's a separate PE mount; it's probably just a designation for an atypical construction (like the TS-E (tilt-shift) or MP-E (macro photo) designations), and in this case, for the slit photography required for horse race photo finishes.

I'd guess that the "P" is for photo-finish or (Crazy Dino's suggestion in comments) prototype; and "E" for electronic mount.

Odd, though, that the Canon Museum website isn't listing this one under its Special Lenses category.

At first glance, the naming convention of the Canon MP-E 65mm 1-5X Macro lens seems to offer us a clue. In the case of the MP-E 65mm the "MP" stands for Macro Photo. The lens is not designated as an "EF" lens because "EF"stands for Electro-Focus and not only does the MP-E 65mm not have a focus motor, it also only has a single focus distance at any given magnification ratio. So is maybe a PE lens a non-Macro fixed focus, or at the very least non-AF, lens?

Not so fast my friend! The PE 300mm f/1.8 does appear to have electro-focus capability as there are focus limiter switches visible next to the focus distance scale.

Canon once sold a rangefinder camera model named the "Canon P" that used the Leica M39 screw mount (LTM). It was introduced in 1959 and was succeeded by the "Canon 7" which was the last M39 rangefinder Canon produced. But this PE 300mm f/1.8 lens is obviously not used for a rangefinder system as one can see there is a viewfinder jutting out at a right angle to the optical axis on the front of the camera to which the lens is attached. This is another image from the PetaPixel article. 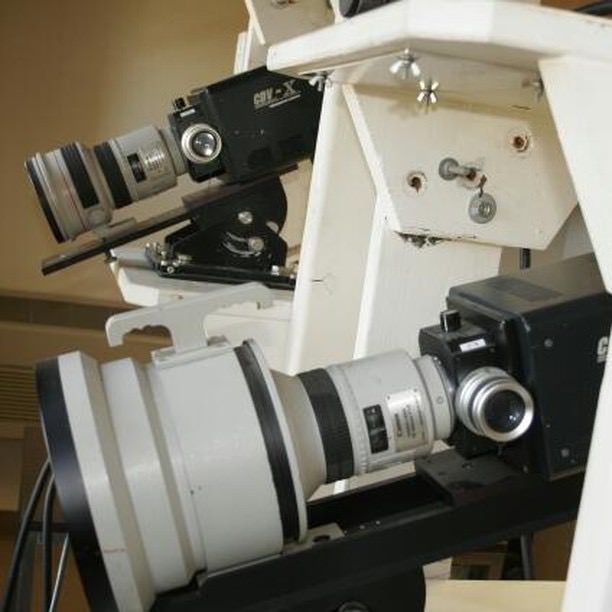 Although there have been anecdotal reports of rare sightings of Canon "PE" lenses, the images attached to the PetaPixel article are the only photos I've ever seen of one. Canon seems to not want any information regarding any such "PE" lenses to be public knowledge. This might be related to the fact that most (very rare) reports about PE lenses indicate they are generally sold to government and law enforcement agencies involved in sensitive information gathering activities. Such agencies typically do not want their "clients" or competitors to be aware of their exact surveillance capabilities.

Based on the rarity (the user of the lens featured in the articles says there are only four copies that he knows to exist), the large optics involved, and the fact that most PE lenses are sold under classified government contracts,

I think PE can probably be interpreted to mean Prohibitively Expensive!

Alternate possibilities for the naming convention:
PE = Physically Enormous
PE = The class required as a prerequisite to be able to handle this one
PE = Prototype EOS

Canon produces a number of lenses for the EF mount which aren't EF lenses themselves. Their tilt-shift TS-E lenses, for example, and their macro MP-E lens. It's possible that this is an EF mount lens.

Not the answer you're looking for? Browse other questions tagged lens canon lens-mount or ask your own question.

196
What do all those cryptic number and letter codes in a lens name mean?
0
Why is there no lens that is perfect for any situation?

1
What lens and mount is this Sigma lens for Canon?
2
Name of contact pins of Canon mount and where to buy it?
10
What are the advantages of metal mount vs plastic mount?
0
Is there an adapter for a Sigma SA mount lens to fit a Canon EF mount?
3
Which terms accurately describe the lens mount on a Canon 7?
3
What are the downsides of converting FD(n) lenses to EF mount?
4
What exactly "professional-grade" means in Nikon line of lenses?
0
How can I mount this Vivitar (Canon mount) lens to a Sony Alpha 58?
1
What is the mount on this Beston lens?
2
What is the mount on this Sigma lens? It is smaller than Canon EF