all out of a sudden my EOS 700D tends to freeze when in live view or video recording mode. Sometimes the live view shows a still image that's several seconds old and doesn't refresh, sometimes there are pixel fault patterns in that still image. And sometimes the display shows just some colorful gibberish. Taking photos still works correctly, both in live view or non-live-view modes, but after 30 secs - 1 minute in live view mopde the camera locks up completely (only removing the battery works). Taking videos does not work, the video duration stays at 0:00.

Strangely, displaying photos and all menus work correctly, so it's certainly not a display fault. I've just updated the firmware to the most recent version (1.1.4 -> 1.1.5) and tried it with a different lens - to no avail. Both lenses and the SD card work in my EOS 600D.

Unfortunately, my Camera is 8 days out of warranty, so this makes me feel like this error was scheduled (although it's probably just bad luck).

Any ideas what could cause this error, and maybe how to diagnose / fix this? See some pictures attached.

Thanks in advance, Lukas

UPDATE: Several months have passed, since the original errors occured, so I want to give an update on how the issue evolved afterwards, in the hope that it may help someone.

The camera worked flawlessly, at least for RAW + JPEG shoots w/o liveview. At some point, even the live view and video modes worked again, so I already was relieved and thought, the issue was solved.

But then, unfortunately, two weeks ago the issues got worse again: all out of a sudden, the camera even locked up at regular RAW + JPEG shoots through the viewfinder. Video and live view mode stopped working as well. A firmware reinstall or formatting / switching the SD-card had no effect. I figured out that RAW-only mode works as expected, even at fast shoots, while every mode involving JPEG would cause the camera to lock.

For another week, the camera worked fine in RAW-only mode, until now, where even in RAW-only mode fast shoots cause the camera to lock up. This makes the camera pretty unusable now, which is sad, since the photos are still fine and the camera is not very old. I'll have to take a repair into consideration, and expect a high cost.

UPDATE 2: I am still using the camera without having done any repairs. It works reliably in RAW mode, JPEG mode sometimes works, even for weeks, and then doesn't work again for weeks. Using live view or video mode seems to kill the camera within minutes, causing everything except RAW not working again for weeks. But I can refrain from using JPEG and stay with RAW, instead of paying the repair fees. 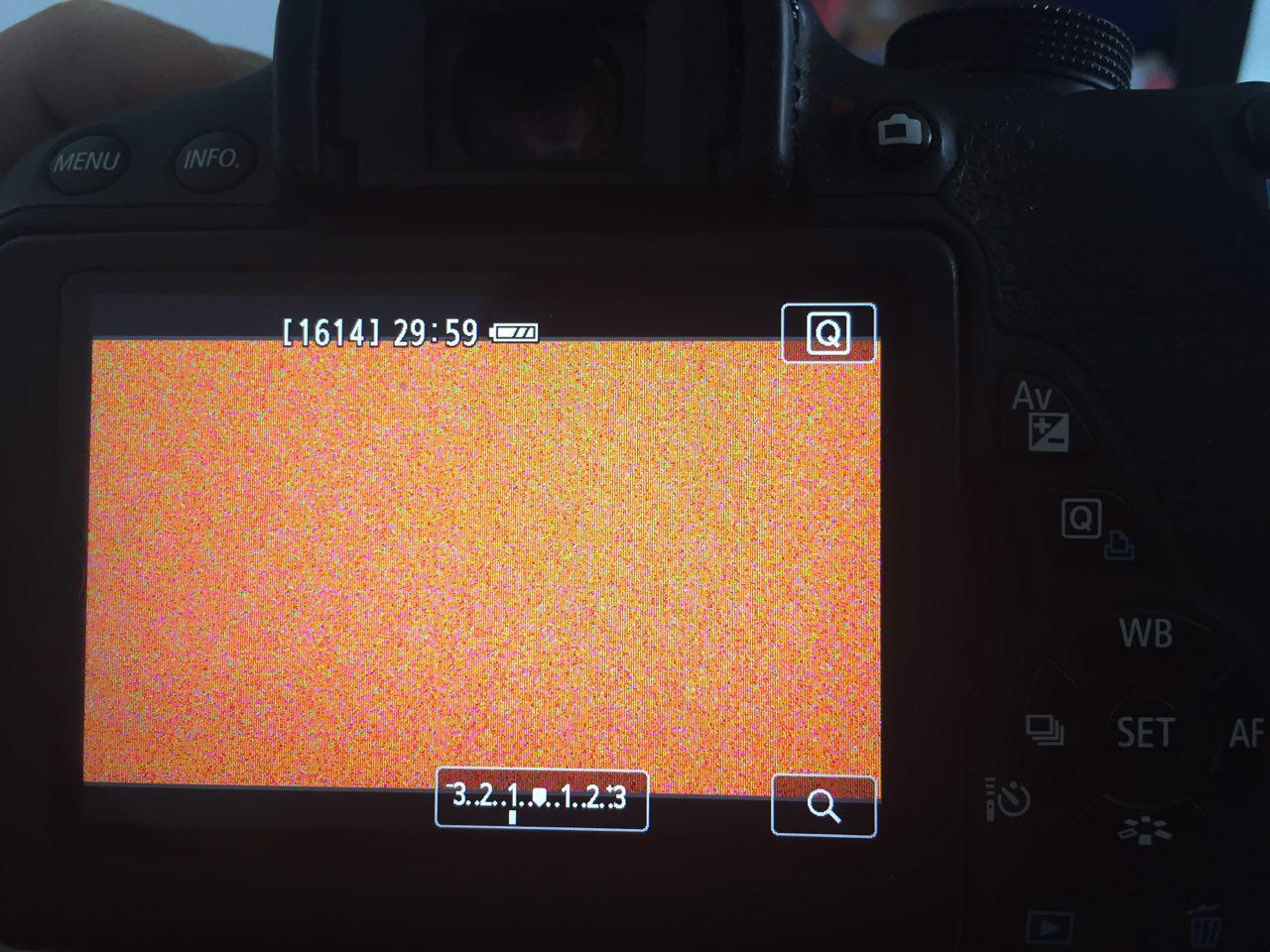 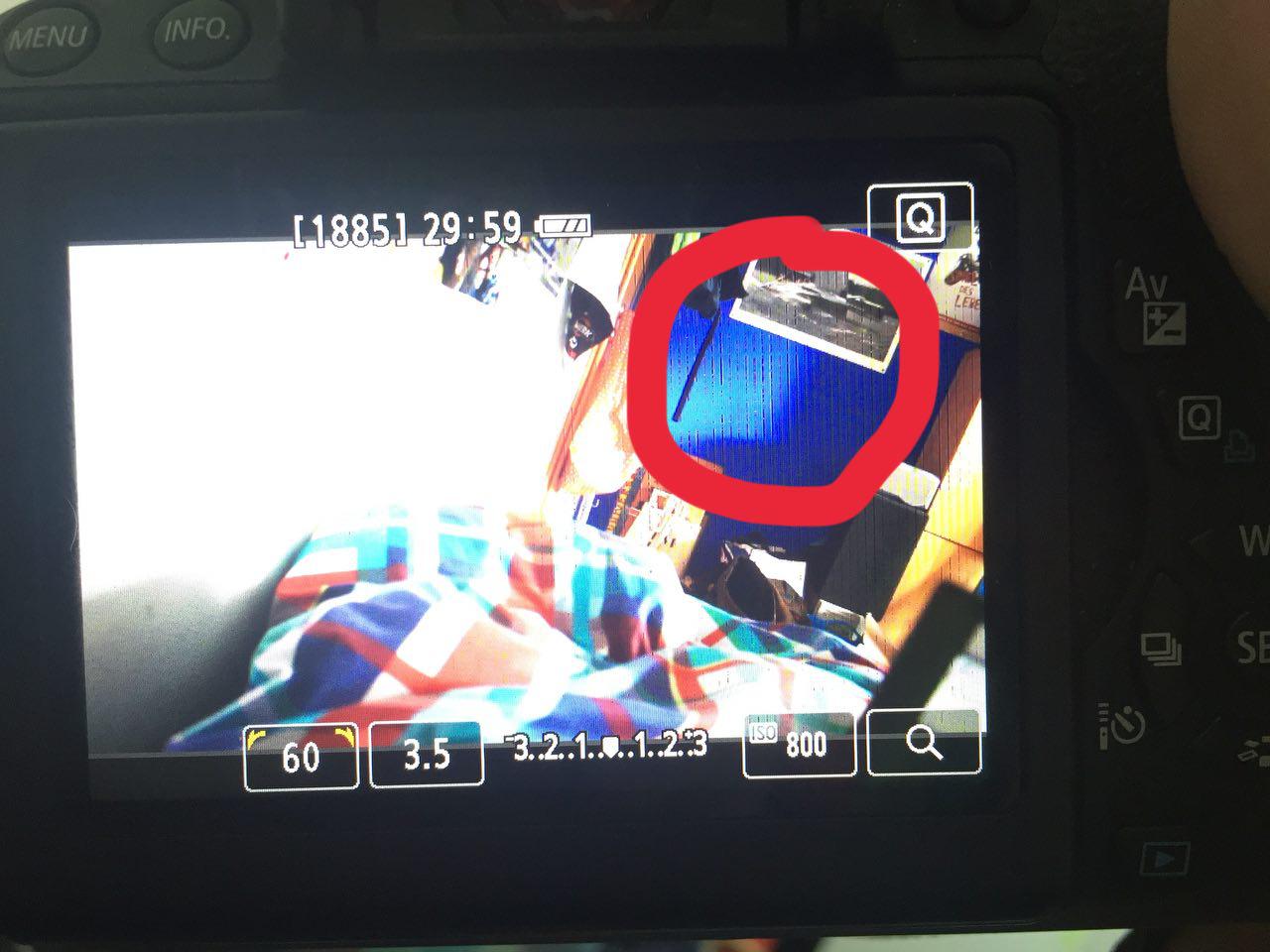 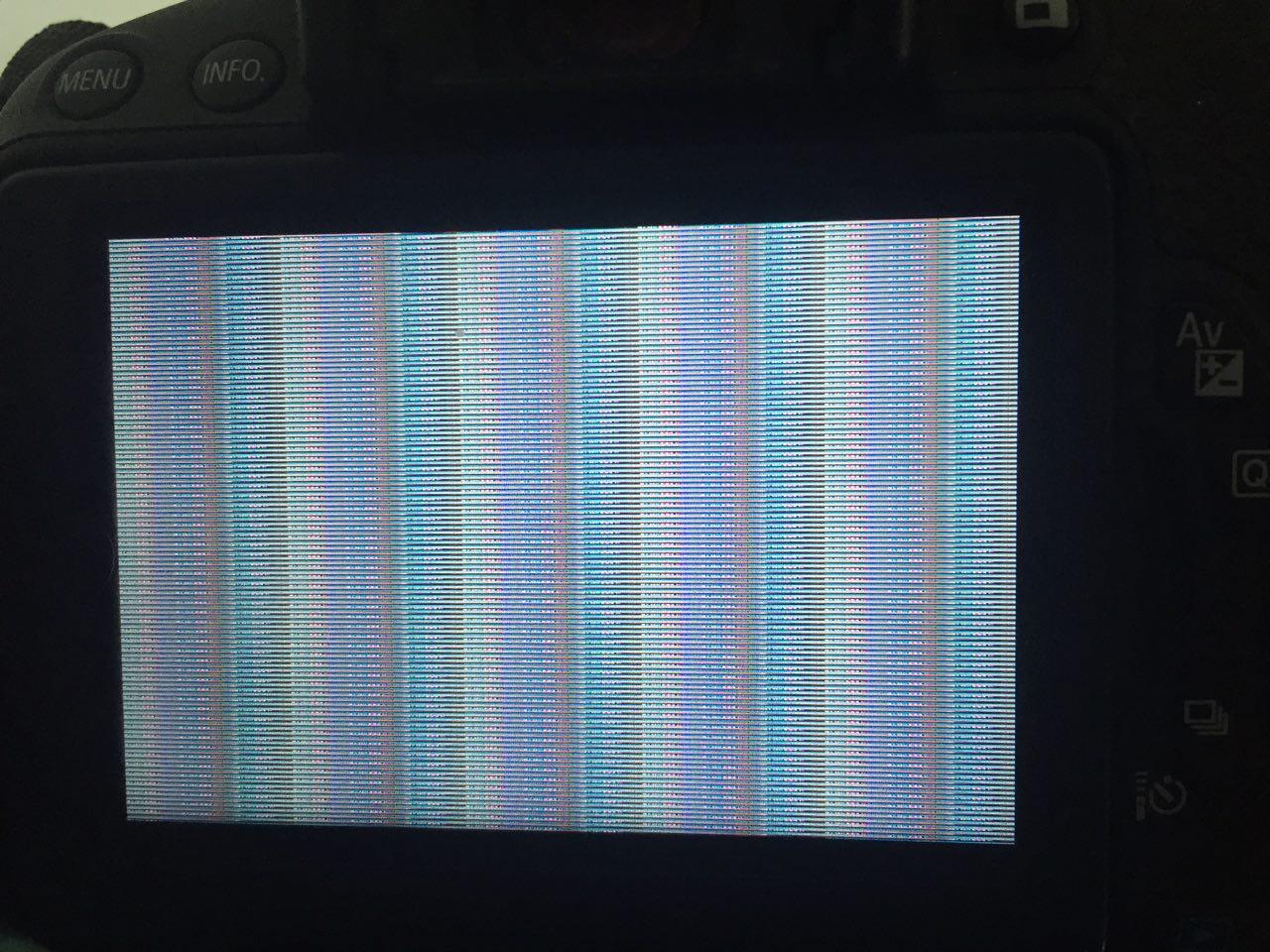 I have recently had the same problem (also 700D, bought in 2014). Everytime I switched to the Live View my camera froze (either to a freeze frame or the pixels you have) and I could only mend the problem by taking the battery out.

I sent the camera to a Canon repair partner and their inspection came to the conclusion that the PCB = printed circuit board (I hope that is the correct translation, in German it's called "Platine") had to be replaced, which is apparently the most expensive part of the camera body. All in all, I had to pay 260€ for the replacement, works and transport. Obviously, those prices can vary a lot and depend on your repair shop but it looks like you have the same problem and maybe that helps as an orientation for you.

Sorry not to have better news, I hope you can sort it out the cheapest and most efficient way possible :)

Not the answer you're looking for? Browse other questions tagged canon live-view canon-700d hangs or ask your own question.