Why is f-stop number 8 in orange on my lens?

I have an old Takumar SMC 28mm lens. On the aperture ring, the marker for f/8 is in orange.

Is there any special reason for this? Is it just to mark the middle? Or is it just for style? 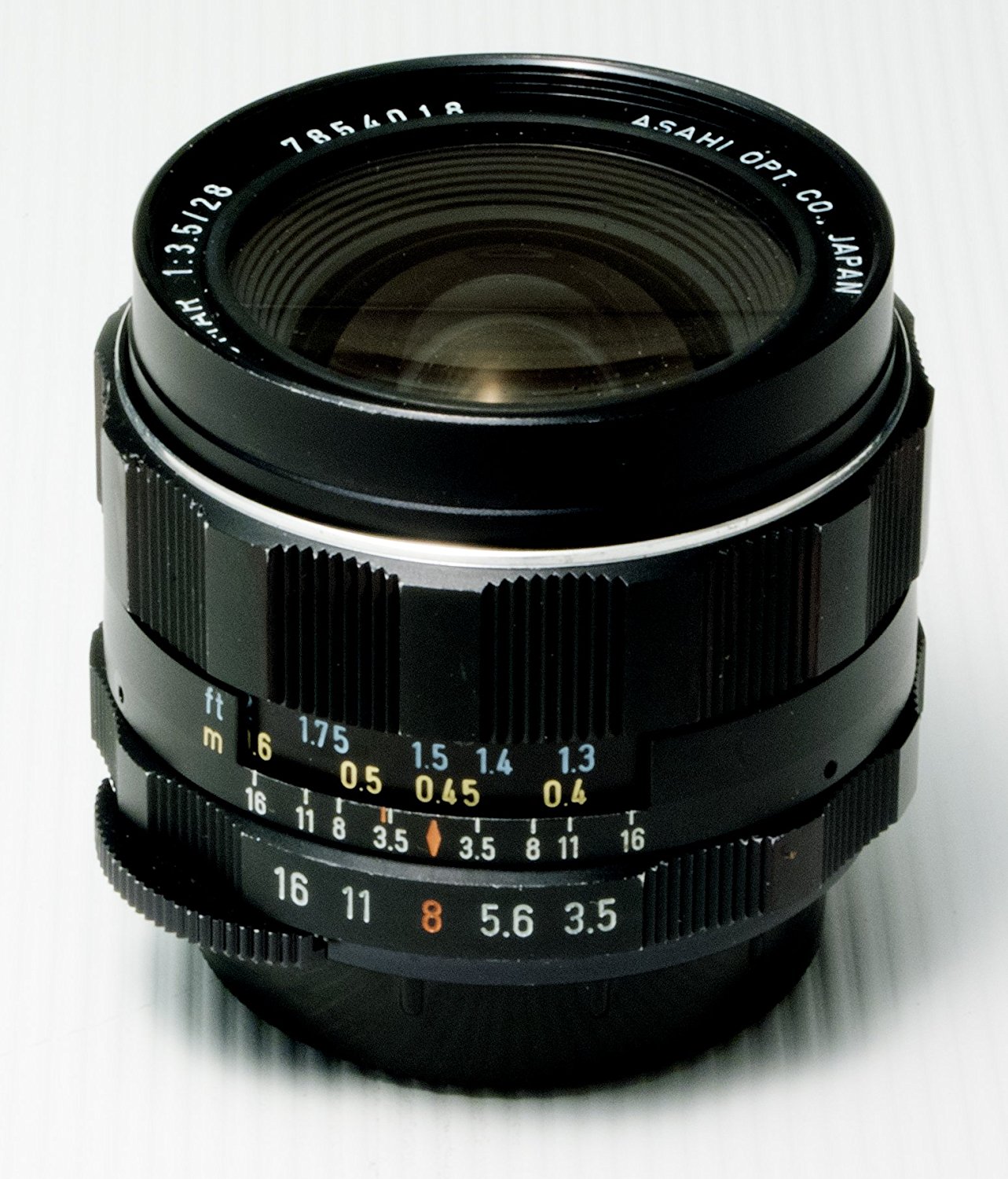 Many lenses from that era had the f/stop calculated by the lens designers to be the "sharpest" or "sweet spot" marked in a different color than the other f-numbers. A cursory survey of a couple of reviews of the lens in question indicate that the reviewers found f/8 to be the sharpest aperture setting.

As this answer points out, this particular lens also has an orange marking for the 9 feet (3 meters) focus distance marking which happens to be very near the 10.8 feet (3.29 meters) hyperfocal distance for a 28mm lens at f/8 when used with a 35mm film negative (36x24mm frame) enlarged to the size of an 8x10" print and viewed from 10 inches by a person with 20/20 vision.

Keep in mind that Nikon "D" lenses with aperture rings have the narrowest (highest f-number) marked in orange for a completely different reason: to assist the user in locking the aperture ring at that setting when using on a newer body that controls the selected f-stop via the camera's control system.

If you move the focus ring, you will find the the 3m/9ft mark is also in orange. Many Pentax wide angle lenses use an orange marking at f/8 which corresponds to an orange hyper-focal focus distance mark on the focus ring. 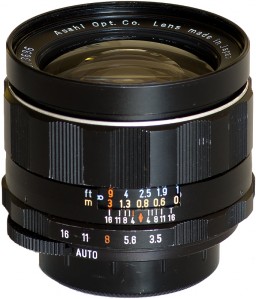 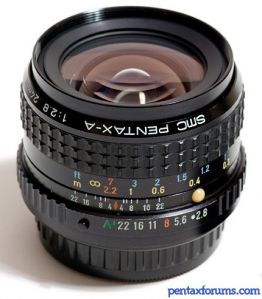 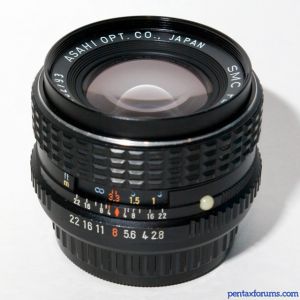 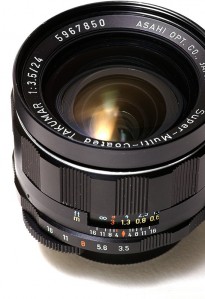 The orange marks are just for convenience for a quick hyperfocal distance reference.

When the orange marks are aligned, by using f/8 at a focus distance of 9ft, everything from about 6ft to infinity will be in focus. Stopping down to f/11 could increase the depth of field to maybe something like 6ft to infinity. (just a guess)

The lens comes from the good old days of film based street photography. At that time there was a philosophy of "f8 and be there" - you can read a bit more about it on https://www.adorama.com/alc/0013109/article/f8-And-Be-There.

The autofocus had not yet been invented, and speed was important. A solution was mounting a moderately wide angle lens and pre-focusing your camera.

Aligning the two orange marks gave you the optimal depth of field for street shooting. Note how the orange mark on focusing scale translates to hyperfocal distance at f8 (the orange f stop).

Not the answer you're looking for? Browse other questions tagged lens pentax m42 or ask your own question.

3
Why do some cameras have a blue lens shown in their photographs?
9
What's the small white plastic dome on old Pentax lenses?
1
What normal lens would have better edge sharpness than Pentax SMC Takumar 28/3.5 on my Canon APS-C DSLR?
4
Pentax-K 50mm lens, thread of 49mm or 50mm?
1
Will a SMC Pentax-A lens work with my Pentax K → Micro Four Thirds adapter?
7
Is a fixed length macro lens better at some tasks than a non-macro lens of the same focal length?
3
Helios 44-3 mounted on Canon 5D. Did I get the wrong adapter?
2
Are there drawbacks to using a lens adapter?
1
Why does image quality vary across lenses, and what to look for when comparing?
0
Why does my one lens have different exposure (t-stop) than my other lens?