Why did my film turn out static-y like this?

I shot on a Canon ae-1 with Fujifilm 400 film and when I got it developed at Walmart they said that the photos did not turn out, and that they all looked like the photo included. It doesn’t look like it is over or underexposed. Is something wrong with either the film or camera?

I'm really hoping it was a human error rather than a broken camera or damaged film! 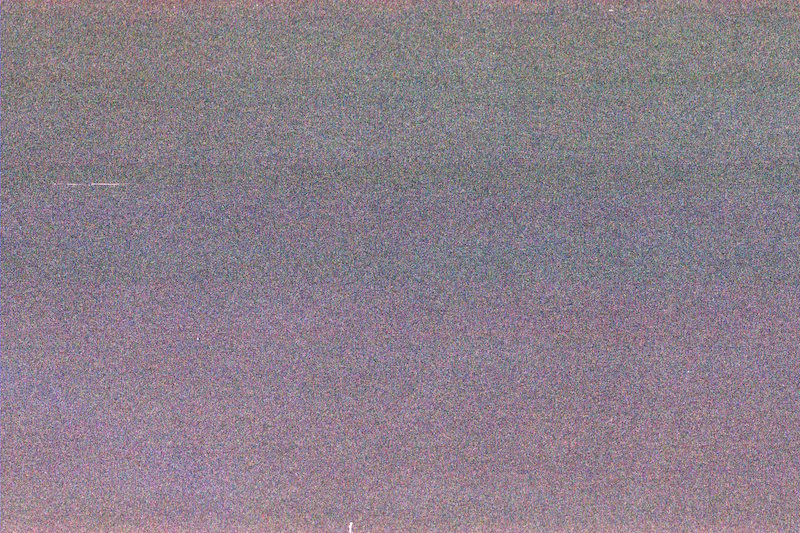 This looks like a film that has not seen the light.

Was the film loaded properly? Did you feel slight resistance when rewinding it?

The Canon AE-1 was in its day a popular camera with a reputation for reliability, but that was 40 years ago. By now would not be unusual for one to develop electronics issues, which are sadly unrepairable.

To add to @bvy's helpful answer, I think the static-y thing you are seeing is film grain, amplified in the printing/scanning process in an attempt to bring out an image in an extremely underexposed negative.

I'm not familiar with your camera. Does it have a meter? Does the meter work? Does it have auto-exposure? What aperture / shutter speed settings were you using? And what were you taking photos of? Indoor subjects? Or outdoors in good light? Are you familiar with the "Sunny-16" rule? Were your exposure settings broadly in line with Sunny-16?

Not the answer you're looking for? Browse other questions tagged canon film fujifilm 35mm developing or ask your own question.

2
Why do all of these film photos look off color?
5
Missing photos on a roll of film?
4
What caused excessively high grain in Delta ISO 400 film developed by a shop?
3
Why does it look like nothing is on my developed film?
1
Green tone over C-41 developed film
8
Why did my developed photos come back blue outdoors (and fine indoors)?
2
Yellow tint over my developed portra 400 film
1
Washed out, low contrast pictures on 35mm
1
Why did my 35mm film turn out muddy?
2
35mm White line across photo / Yellow tint all over exposure