Recently I saw an article about the new sony lens with apodization element. This element should basically be a piece of glass with a circular graduated filter, placed close to the diaphragm.

However, if vignetting would not be a concern (it can be removed in post processing) I can imagine it would be nice to have screw-on apodization filters. 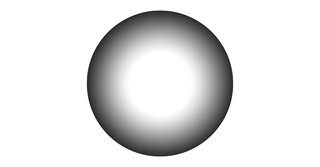 Does such a thing exsists and if not would ik be possible to create something like it with a reasonable result?

Edit: I just found this source in which it seems to be possible to get reasonable results with an home made filter near the diaphragm.

Now, what often happens with telephoto lenses is that the entrance pupil (aka aperture stop) is well in front of the physical lens. That makes mounting the apodizing element difficult, to say the least. You'd need the full lens prescription to know where the aperture stop is, and build an extension mount to hold the filter.

The Sony lens mentioned (I'm guessing) must have an internal relaypoint which reimages the entrance pupil, and that's where their apodization filter is placed. There's no guarantee that any given lens has such a relaypoint, so even if you did open up your lens, there might not be an appropriate place for the filter.

Screwing it on wouldn't do you much good, it would just produce vignetting.

The relevant point in the Sony lense is the specific position in the path of the light, between multiple lenses, and it takes some serious calculation and specific design to find the perfect spot for it.

Not the answer you're looking for? Browse other questions tagged aperture filters bokeh or ask your own question.

1
Could a filter damage the curved front element of the Canon EF 100mm f/2.8 Macro USM?
17
Screw-in or square filters in the field?
11
Why do filters still use a screw mount?
6
How do rear gelatine filters compare optically with “regular” front-mounted filters? Where to buy them? How to cut them?
1
Homogeneity of a filter, when does it matter?
14
How does an apodization filter improve bokeh?
2
Where can I buy a 77mm 12 - 15 stop ND filter at a reasonable price.
1
Why are filters only added to the front of the lens and not the back, too (or even the camera)?
2
Is it safe to walk around with the Square Filter and Holder in? Not in tripod
2
Do lens gel holders exist?